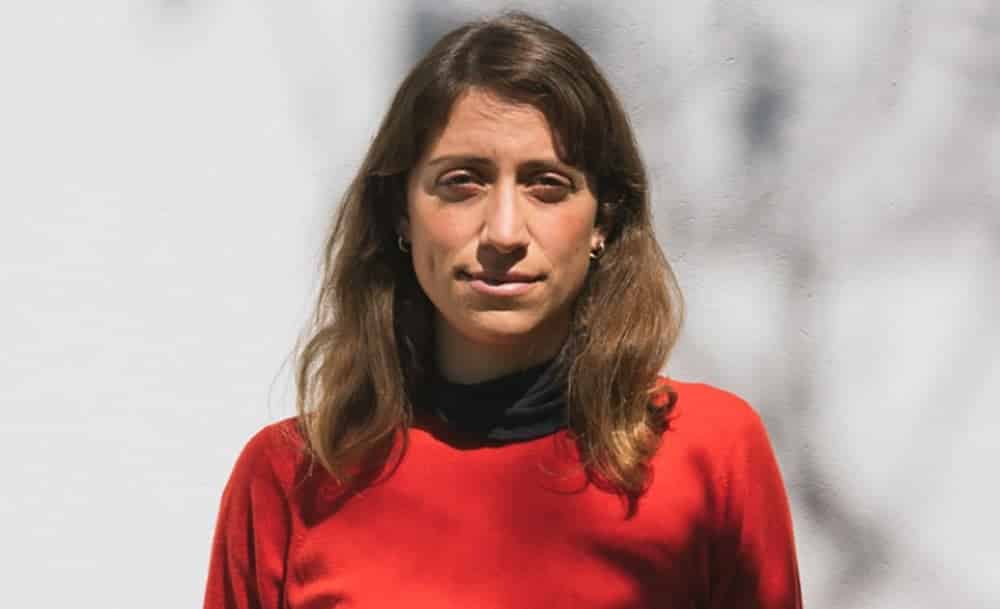 Listen to feedback. Take it on board.

After graduating in Political Science from Nottingham University, Isabel worked for several years as a Teach First teacher at an academy in West London. Working in schools, Isabel coordinated numerous social enterprises to increase opportunities for students, amongst them, Jamie’s Farm and First Story.

In 2013, after 4 years in the classroom, Isabel took a job with for Teach For Lebanon, training student teachers out in Beirut. Using her experience in schools and with teachers, Isabel has also worked as a consultant for educational outreach programmes in and around London.

Back from Lebanon and living in East London, the centre of London’s creative economy, Isabel became increasingly frustrated by the lack of opportunities for young people from lower socio-economic backgrounds living in East London. She set up Pitch It as a way of tackling the diversity problem that exists in the creative industries whilst simultaneously creating a more connected community.

Where did the idea for Pitch It come from?

When I graduated from University I trained as a teacher with Teach First, a social enterprise that places graduates in state schools around the country in areas of social deprivation. I worked as an English teacher and loved it: the students were really amazing and I was working alongside amazing teachers who were some of the most inspiring people I’ve ever met.

It was great, but after 4 years in the classroom I became really frustrated with the education system that seemed to value being exam ready over everything else. It’s a cliche, but I felt like I was doing my students a huge disservice by teaching them to pass exams without preparing them for life afterwards. The careers education was really limited; we weren’t helping students make informed choices about what they wanted to do with their life after school. In fact, most went through school holding really outdated ideas of what success means: becoming a doctor; a lawyer or a banker. I wanted to be able to encourage them to think beyond that but I didn’t have the resources.

All these frustrations were summarised by one example. I had the most amazing student in one of my classes. He was bright, kind, polite, reliable and always tried his hardest. When it came time to organise work experience placements, he didn’t have any family connections he could rely on so he applied for a place through the school and ended up with was work experience with a local retailer. That same week, over a drink with a friend I learned that, thanks to my friend’s well-connected dad, his little brother was doing work experience with Ridley Scott.

It felt so unfair that work experience would prove so difference for each of them. My friend’s brother would have such a formative experience with the chance to meet some of the most inspiring people at the top of their profession. The other would spend his time on the shop floor.

Pitch It was my attempt to try and change that.

There is no typical day. But I try and make sure I’m at work by 8am and leave no later than 7. I started out trying to work all hours of the day but at a certain point, realised that was completely counterproductive: At a certain point my brain switches off and if I don’t wind down properly and sleep well, I’m useless the next day.

I have too many ideas so not all of them come to life. But the thing I’ve found most useful in making things happen is just doing them without trying to plan too much. When I have an idea, I tell people about it and I organise it. That way I feel accountable. This event I’ve just organised is a good example of one such project. I emailed all of the panelists asking if they’d like to be involved, and when they said ‘yes’, I had to organise it. Come along if you’re interest, it should be a great evening:

Difficult question. In general trends don’t excite me. What I find exciting is the people stepping out and doing something innovative.

I guess the growth in social enterprises is exciting in that it shows people are more socially motivated.

Being bad at working for other people? I find it incredibly difficult to motivate myself to work hard at something I don’t believe in. Since Pitch It is an idea that grew out of my own frustrations, I always feel motivated by it.

The worst job I ever had was working for a production company that made food adverts. I learned how awful it is to dread going into work. Now I always think it’s best to try and find something that you would be happy doing for free, and then figure out a way to make a living from it. I don’t believe it’s ever worth doing a job you hate, however much you’re being paid,

I don’t think I can answer that question. I’ve certainly made lots of mistakes along the way, but they’ve all taught me really important things. For example, when I first started trying to recruit mentors, I would really play down the commitment they were making. I was almost apologetic about Pitch It and the energy they would have to put into mentoring. But I realised pretty quickly that was counteractive because I was getting mentors who didn’t really care about young people and as a result were unreliable and were letting young people down. Now I’m really up front about the amount of time mentors need to put in. I set my expectations really high and most rise to the challenge. At the end of their time as a mentor when they’ve worked hard to build a good relationship with their mentees and offer them opportunities they wouldn’t have otherwise had, they’re always pleased they made the commitment.

Listen to feedback. Take it on board.

Being enthusiastic about my vision. When people understand that I really believe in what I’m doing and can articulate why it’s important, they want to help me however they can.

I missed out on an amazing funding opportunity through Teach First. It did knock my confidence but it also gave me even more resolve to make the project a success and prove the judging panel wrong! I now realised that early injections of cash like that can be a mixed blessing because you’re forced to scale before your business model is fully refined, which can lead to very public mistakes!

Better professional development. In any industry. Most employers are willing to invest in it if it has an impact, most of the workforce want to do it if it’s well designed. I feel like there’s not enough really good stuff out there. That’s quite a vague idea though.

Buying a book about mentoring for each of my mentors. I think (I hope) it made them think more deeply about their role as mentors.

Google documents and all its features? I don’t know, I’m not super tech savvy.

Creative Schools or The Element – both by Sir Ken Robinson.

When I saw Ken Robinson’s RSA Animate video, it distilled all my frustrations with the world of education. I’m sure most people have seen it but if you haven’t, it’s thought provoking and depressing. Then I read this book by Paul Tough, and it made everything even clearer.