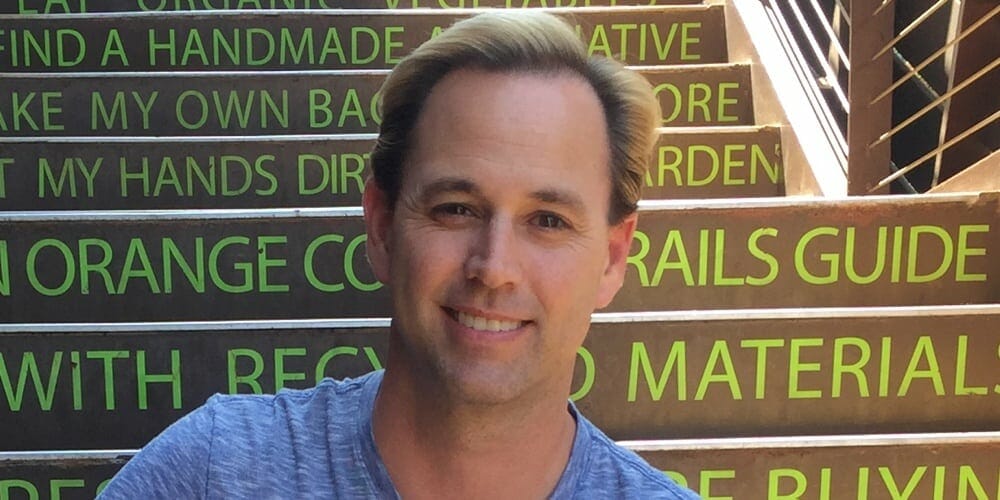 Don’t be afraid to rethink your approach over and over. You may think you have the right idea or concept, but in practice and with ample user testing you will find that the rocket ship you thought originally was needed, the users want a bike instead, so build the bike!

Jason Martell, one of the co-founders of Acorns.com, is back with another cutting-edge financial app — this time for gamers — called Blast. Blast was created with the concept that “building wealth should be easy and fun,” so the creators merged FinTech and gaming tech to help the more than 2.6 billion gamers worldwide earn and save money all while playing their favorite games. Unlike Bitcoin and other cryptocurrencies found in FinTech, Blast uses real money to help people build real savings.

Blast is a sort of twist on the “gamefication” model that banks have previously used to try and entice people to save; rather than creating a game, Blast works in conjunction with games people are already playing.

Imagine if you could save and earn money while playing your favorite games. Blast is smashing together two huge growth industries: FinTech & Gaming to improve outcomes for gamers, game publishers, and financial institutions. Blast enables gamers to Save through triggers, Earn money through missions, and Win through the leaderboard by playing their favorite titles. Blast extends beyond just video games and includes mobile games like Candy Crush and Clash of Clans. Blast will be released in early Q2 of 2018.

Jason Martell’s background in user experience (UX) design is so much more than a profession; it’s what drives him and fuels the innovation behind his numerous successful ventures, including his first, GodTube. Jason runs product development for Blast and brings his UX experience to create amazing mobile-first products. Having a love for video games doesn’t hurt either; with his combined interests in FinTech, UX, and gaming, Jason Martell and the rest of the Blast team were able to bridge the gap between finances and gaming to help players save while they play. He also spends a lot of time researching third-party APIs and programs that could help take Blast to the next level.

Where did the idea for Blast come from?

I love playing video games. We saw an opportunity to take our learning in FinTech and apply it in a new way to completely change the gamification of saving and investing. We created a patent for investing money through game technology that was originally done for Acorns.com. Since we are co-founders of both companies, my partner bought the patent from Acorns and we now apply this base technology to Blast.

As I run product development for Blast, my day starts with team lead stand-up to touch base on the velocity of our current sprint. I usually spend 15-30 minutes touching bases with my partners on the business team, discussing any new developments or hot topics. I spend allot of my time doing research into 3rd party API’s and services that might help enhance our product Blast.

I have a background as a UX designer. So thankfully when I have an idea, I use programs like Sketch and Principal to visually illustrate a concept or idea. The user experience around the goal of the product is usually where I have my team start. Being able to visualize the experience with the product helps expedite how to explain it to the team building it.

There is a plethora of apps being released now that mobile devices are able to run advanced Augmented Reality overlay applications. This means you can overlay 3D Virtual objects into real-time view through your mobile device. Imagine being able to hold your phone to view the ocean and you see what the waves will look like in 1 hour with high tide.

I like to find UI kits for sketch and mockup ideas for apps or extending functionality with our current product. I am willing to fail many times exploring concepts and ideas to find the right solution. Being able to see the full development track and resources needed makes it easier to communicate what needs to be built.

Slow down, meditate – trust what you ask for is already on its way. Stick to your guns and know when to pivot if an idea is not making the impact you desire.

We have a top secret space program that has been in existence for over 50 years. Google: “Solar Warden”. Most people are not aware of the vast depths our black budget programs go, and what they are being used for in regards to secret military technology.

Don’t be afraid to rethink your approach over and over. You may think you have the right idea or concept, but in practice and with ample user testing you will find that the rocket ship you thought originally was needed, the users want a bike instead, so build the bike!

The one thing that has helped build a successful product is assembling a successful team. It’s never been a one man job to build something amazing. We all have skills as individuals, but combined together we become an unstoppable force!

After my first success with Godtube.com, I thought the best path would be to create another niche social network and see if we could make it grow to scale. So we created 10 social networks around various niche topics like cars, comedy, pets, etc. After a few months we quickly realized that we had spread ourselves to thin and it became to time consuming to maintain 10 properties.

You can start your own mobile app company by white-labeling software with your brand. There are still 100s of local businesses that are not using geo-location coupons and deals to bring in repeat customers. Check out www.biznessapps.com.

I recently bought a fun electronics kit from www.littlebits.cc that allows you to build internet connected devices and trigger events from web applications through www.IFTTTT.com. Let’s say you want the living room light to turn on each time you arrive at home. You can trigger GPS notification on your phone letting littlebits know you are home and to turn on the light.

I can recommend a couple pieces of software that most people should be aware of when building web or mobile applications. The first and most important is Sketch. Sketch is just under $100/year and allows you to build amazing UI and UX flows. There are also many UI kits for sketch that help you kick start your idea. The next piece of software is web based called www.zeplin.io. This allows you to export your sketch designs directly into a format that a developer can consume into their code.

There are many books in business and philosophy that have greatly shaped my views. Here are 2 books from both camps I would recommend. The first book is called the “48 Laws of Power.” The other book I suggest is “Lost Star of Myth & Time.”

“The resistance to a new idea is increased by the square root of its importance.” – Dr. Brian O’Leary