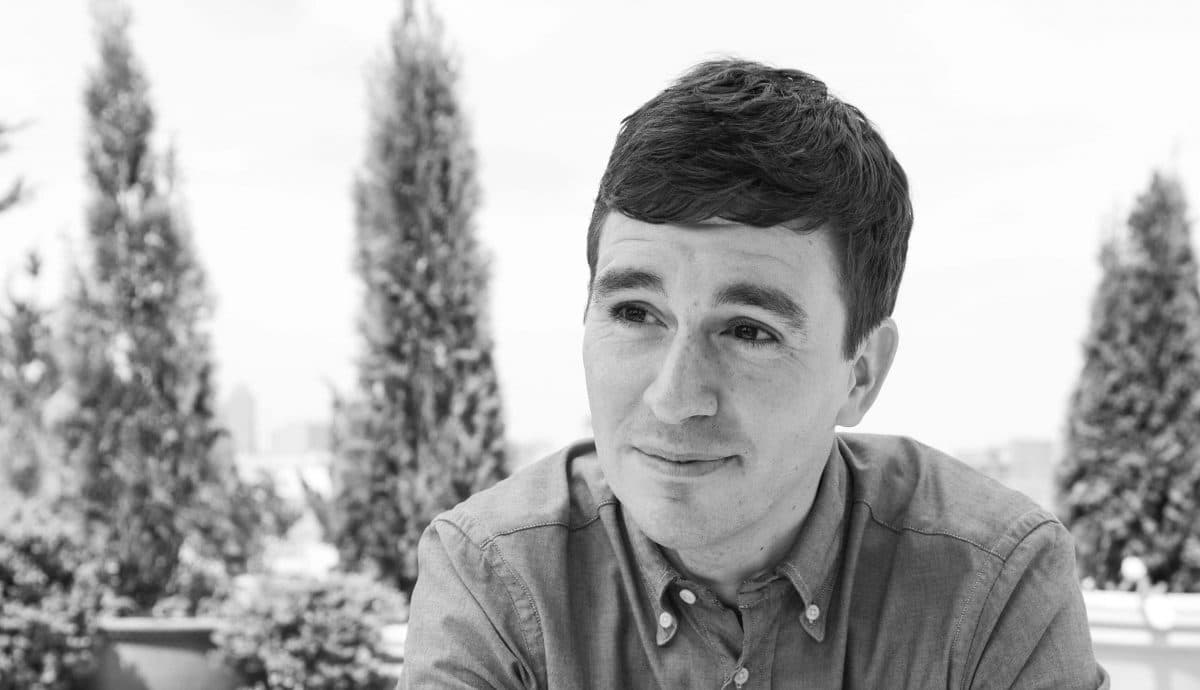 Be persistent in working on your idea, and don’t stop until you’ve made it work; then look at what the next iteration of that is (unless your idea is something that’s harmful or evil, then you can just give up on that now).

Jason Parkin is the Founder, President, and CCO of Compose[d] a digital creative services agency in NYC, that for the past 9 years has been creating digital experiences for some of the world’s top brands, and is now utilizing that expertise to help brands move towards sustainable initiatives, and building campaigns around them. He has more than 20 years of experience specializing in creative strategy, interactive/user-centered design, and animation. He is a founder and former Design Director of Motionbox, a personal video sharing company that was acquired by HP Snapfish in 2010, where he helped create a then new, and now widely used interface for viewing online video. His work has been recognized by various award bodies including the Webby’s, the MIN Best of the Web Awards, OMMA, and the One Show Interactive Awards.

Prior to founding Compose[d], he was the Creative Director for Maxim Digital – where he headed up all creative for both advertising and editorial content, and Art Director for CondéNet’s Creative Services division. Originally from Cleveland, Ohio, Jason lives in Harlem with his wife Nicky and their dogs Shiloh and Ryder. He is USCF Category 3 bicycle racer, ice hockey player, hiker, rookie climber, and photographer in his limited spare time.

Where did the idea for Compose[d] come from?

I founded the company after about 15 years of working in various fields, from the agency side, to publishing, to a couple of start-ups (one in which I was also a founder of), and was really looking to take all of the great things that I learned from some amazing mentors and teams, and make sure that we didn’t include any of the negative things that got in the way of happy teams that do great work. I genuinely believe in the idea that the point of a business is to make life better for other people, and that starts from our internal team, extends to our clients/partners, and at the end of the day hopefully for people that interact/engage with our work.

For the past nine years, we’ve been doing great quality work for some of the most well-known brands in the world, and now we’re using all of that expertise, and depth of talent on or team to focus on how we can not only work with brands that are already “doing well by doing good”, but also to help traditional brands move into being more sustainable. We do that through some outstanding partnerships that we have with suppliers, a fantastic sustainability consultant, and nonprofits focused on the current climate crisis. So we’re not only able to leverage this outstanding amount of experience from their end, but then we can build engaging campaigns and programs around those efforts.

This is all something that’s come out of both a personal passion, but a core set of values that the members of our team have, and thankfully, the time has finally come where it’s just good business sense for brands.

Typically it always starts by bringing our two dogs into the office; they definitely contribute to the atmosphere in the office. I also make a point to make the bed before I head out, and do 10 quick reps of something just to get the body moving a little; that and a good cup of coffee.

There’s always a lot going on, and a lot to do, so what’s helped as far as productivity is to just make a short list of everything that I’d like to accomplish for the day, the night before—both personally and professionally. Work/Life has really become more of a blend (not just for myself, but as a general trend in the US), so everything just goes in one list of what I want to accomplish. Everything doesn’t necessarily get checked off, but having a plan helps to refer back to during the course of the day.

Really it’s through persistence, and I’ve found just talking about it helps more than anything. Not in a “putting it out into the universe” kind of way but (at least for me) the more you talk about something, the more you get feedback, you process it internally, think about it, and before you know it you’re acting on it and doing that it is that you need to make the thing you wanted to do happen.

Sustainability and tackling the climate crisis. More than anything else, honestly. We’re at a point where we genuinely have to make some serious changes in the way that we do business, and brands and businesses are really going to be the ones that get us out of this mess because nobody else really wields the power to make change at scale as quickly. What’s really great is that consumers are now demanding it, and this force is pushing companies to start doing the right thing, and thinking about their impact, because their consumers are now, and they’re voicing their opinion with their wallet. I genuinely believe that brands that don’t make the shift are going to be like the brands that didn’t embrace the internet in the past, and 4-5 years from now they’re going to be playing catch-up, or completely go under.

I think just persistence and drive. I was a skateboarder in middle-school/high-school and a little into college, and I would just work on a trick over, and over, and over until I finally got it, and I think that sort of tenacity really helps when you’re doing your own thing. You’re just going to keep at it until you get it, which can be hard and frustrating at times, but the rewards are worth it.

Just act quicker on decisions when it comes to relationships. It’s probably a little cliche, but just make sure that you keep the great people around you, and jettison the ones that are any sort of continual negative influence in your life.

The black licorice from Scandinavia is delicious.

Learn from your mistakes. It sounds cliche, but it’s probably the most important thing that you can do. You obviously have to try to not make mistakes, but they do happen, and how you handle them makes all the difference in the world; not just for yourself, but for those that you work with as well.

Having empathy both for our clients as well as our team. For our clients, we always work to accommodate as much as possible regardless of crazy timelines, rounds of revisions, etc. We put that at the core of our values and understand that nobody is asking for anything for any other than that they’re just trying to get their job done and get it done well, so it’s always our approach to help make their life easier, and make them look good to whoever they report to (upper management, shareholders, or consumers) in the process.

Probably just paying closer attention to the business side of things in sense of internal business trends; what’s profitable and what’s not, and adjusting quicker to mitigate any losses. We’ve overcome it by restructuring a bit, which is never an easy thing, but in the end it is a business and what’s necessary for it to survive, and for us to keep working towards out mission.

I started a side-company with a friend of mine that was built around data summarization; using Artificial Intelligence and Machine Learning to produce accurate summaries of articles. We were only able to really get it working well about 50% of the time, which when it did, it was great, but that’s not a percentage that you can go to market with. Ultimately it became more of an undertaking than we were ready to invest in, but if anyone wants to pick it up and run with it, have it (and just let me know if you get it to a 95%+ accuracy rate 🙂

Luggage fees from Rome to Amsterdam because everyone needs a vacation, and Amsterdam is a great place to go (especially when you have all of the stuff that you need with you).

Slack. We use it for everything, and having our team members that are in other locations work seamlessly together is critical to our workflow.

“Einstein, Picasso: Space, Time, and the Beauty That Causes Havoc”. It’s a fascinating look at how current trends and situations can bring about some amazing advancements across various disciplines.

“The point of a business is to make life better for other people.” – Richard Branson

A close second is “If you want to understand entrepreneur, study the juvenile delinquent.” – Yvon Chouinard

The first, as I stated before, I thoroughly believe and we put at the heart of the company. The second is accurate, because I think you do have to be someone that questions things, and says I don’t think this is how it needs to be done, and I’m going to do it another way.

• Make sustainability part of your business. Not only is it where business is going, but the planet needs you to do so.

• Be persistent in working on your idea, and don’t stop until you’ve made it work; then look at what the next iteration of that is (unless your idea is something that’s harmful or evil, then you can just give up on that now).

• Learn from your mistakes.

• Get out and see the world, it will only help in whatever it is that you’re doing to see other perspectives on things, or how others are addressing a similar problem.

• Be empathetic to everyone you work with, regardless of if they work for you, or if you work for them.