Jed Diamond – Founder and Director of the MenAlive 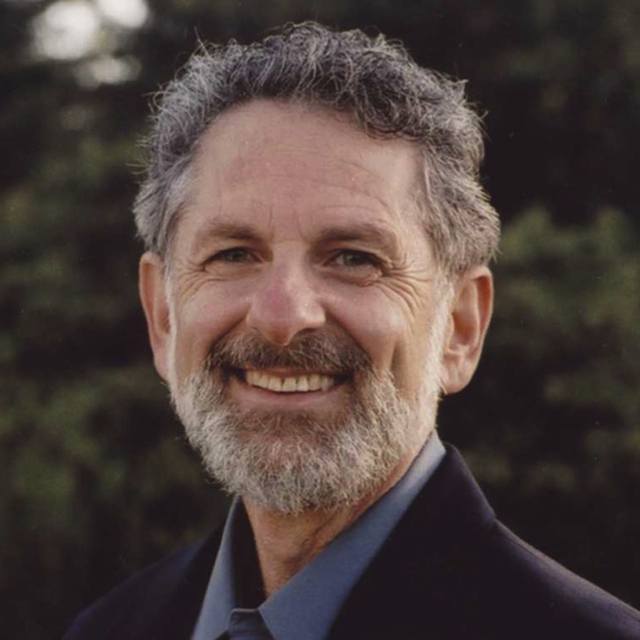 [quote style=”boxed”]I have two windows in my office that look out on the world. I imagine that out of one window are the problems that we face in the world. Out of the other are the ways that my heart sings in helping people. I put my attention on the window where my heart sings, not the window of perpetual problems.[/quote]

Jed Diamond, Ph.D., L.C.S.W., is Founder and Director of the MenAlive, a health program that helps men, and the women who love them, to live well throughout their lives. He is a pioneer in the field of male-gender medicine. Since its inception in 1992, Jed has been on the Board of Advisors of the Men’s Health Network. He is also a member of the Association for Comprehensive Energy Psychology (ACEP), and the International Society for the Study of the Aging Male and serves as a member of the International Scientific Board of the World Congress on Gender and Men’s Health. He is the only male columnist writing for the National Association of Baby Boomer Women. He also blogs for the Huffington Post, The Good Men Project, Scribd, ThirdAge Menstuff, and other venues.

His work has been featured in major newspapers throughout the United States including the New York Times, Boston Globe, Wall Street Journal, The Los Angeles Times, and USA Today. He has been featured on more than 1,000 radio and T.V. programs including The View with Barbara Walters, Good Morning America, Today Show, CNN-360 with Anderson Cooper, CNN with Glenn Beck, CBS, NBC, and Fox News. He also did a nationally televised special on Male Menopause for PBS.

Diamond has been a licensed psychotherapist for over 40 years and is the author of eleven books including the international best-selling Male Menopause that has thus far been translated into 17 foreign languages. The Irritable Male Syndrome: Understanding and Managing the 4 Key Causes of Depression and Aggression and Mr. Mean: Saving Your Relationship from the Irritable Male Syndrome are also developing a world-wide readership. His most recent book, Stress Relief for Men: How to Use the Revolutionary Tools of Energy Healing to Live Well will be published by North Atlantic Books in April, 2014.

He has taught classes at U.C. Berkeley, U.C.L.A., J.F.K. University, Esalen Institute, The Omega Institute, and other centers of education throughout the U.S., Canada, Australia, New Zealand, and Europe.

His PhD dissertation, Gender and Depression, broke new ground in creating a better evaluation system for diagnosing and treating depression in men and women.

He lives with his wife, Carlin, on Shimmins Ridge, above Bloody Run Creek, in Northern California. They are proud parents of five grown children and fourteen grandchildren.

Where did the idea for MenAlive come from?

The seed for MenAlive was planted at age 5 when my mid-life father tried to take his own life. It germinated at age 26 when I made a vow to my son that I would be a different kind of father to him than my father was able to be for me. It was birthed in 1994 when my book The Warrior’s Journey Home: Healing Men, Healing the Planet was published and my website was launched.

I get up between 5:00 AM and 5:30 (before consensus reality wakes up). I read and answer emails and write until 7 AM when I have breakfast. I begin talking with counseling clients at 8 AM. By 11 AM I do more writing. The afternoons are devoted to volunteer efforts in the community and the evenings are for family, friends, and relaxing.

Ideas pop into consciousness when I walk around the community and in nature. “Walking is the great adventure, the first meditation, a practice of heartiness and soul primary to humankind,” says poet Gary Snyder. “Walking is the exact balance between spirit and humility.”

The emergence of gender-specific medicine in health care is exciting. “Everywhere we look, the two sexes are startlingly and unexpectedly different,” says Marianne J. Legato, M.D., founder of Foundation for Gender-Specific Medicine, “not only in their internal function but in the way they experience illness.”

I have two windows in my office that look out on the world. I imagine that out of one window are the problems that we face in the world. Out of the other are the ways that my heart sings in helping people. I put my attention on the window where my heart sings, not the window of perpetual problems.

The worst job I ever had was the job I had once loved, but had lost the heart for. Learning to move on when its time is difficult, but vital.

I would worry less and take my time. I used to be so rushed and frightened I didn’t always enjoy the journey. Now I know all will be well.

Work to become a three-dimensional person: Live your own life fully, love others genuinely, help make the world a better place for all.

Do what I do well (innovate, create, connect). Let others do what I’m not an expert at (media, marketing, making money).

I’ve had the same failure repeatedly. Every time I did something to “get better known and make more money,” I struck out. Every time I did what I was passionate about doing and I felt would help men and women to live healthier, more joyful lives, I’ve succeeded.

Create a gender-specific health clinic where a couple could walk in together. He would go one way and get specific men’s health guidance. She would get specific women’s health guidance. They would come back together to meet with a male and female clinician who would help them support each other in living well. (Of course same-sex couples could both turn in the same direction).

I’ve collected coins since I was 9 years old. I would sit for hours during the summer at my local bank getting a roll of pennies looking for the right date to put in my blue penny book. I still collect coins and love to imagine the stories of the people who have touched these old coins.

I love Scribd.com because I reach a world-wide audience of readers and can try out new article ideas. Twitter lets me post quickly, share important links, and meet interesting people. Bufferapp.com allows me to capture articles of interest and share them at specified times.

I would recommend Why Men Never Remember and Women Never Forget, by Marrianne J. Legato, M.D. because there is nothing more basic in our lives than sex. Every one of the cells in our bodies is sex-specific and this book will help you know yourself, and those you care most about, better than you do now.

John Jeavons has done more to solve poverty, hunger and misery in the world than anyone I know.

Charles Eisenstein, a “degrowth activist,” knows how to find The More Beautiful World Our Hearts Know Is Possible.

Richard Heinberg is widely regarded as one of the world’s most effective communicators of the urgent need to transition away from fossil fuels.

Rebecca D. Costa, author of The Watchman’s Rattle may have the best grasp on how humans can survive a post-transition world.

North Atlantic Books is one of the last best independent publishers who improves planetary consciousness.