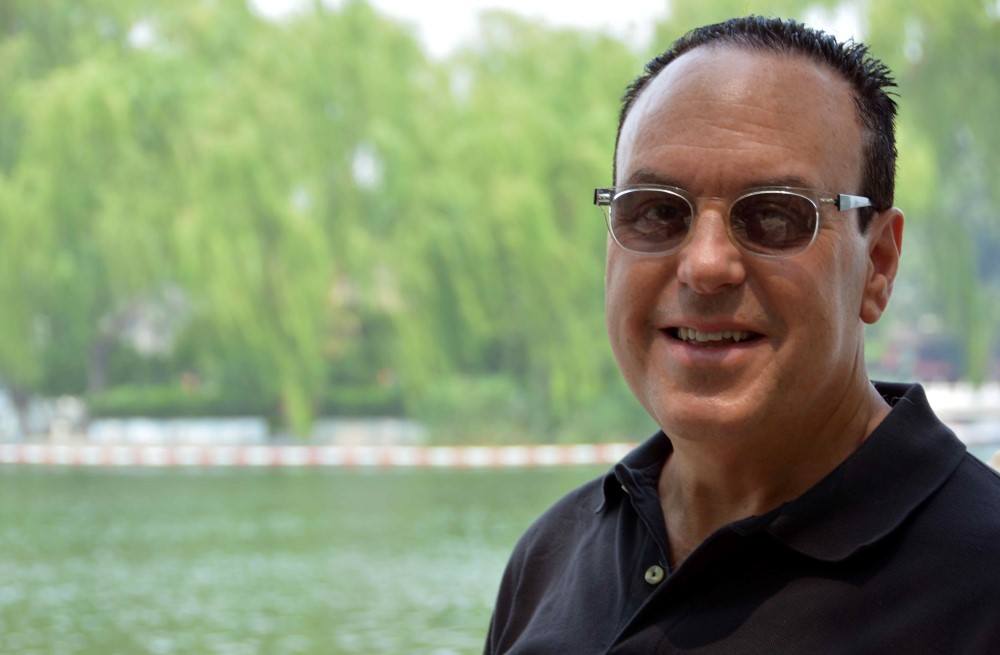 Be observant — both internally and externally. Listen to the world at large. Listen to your team. Look for patterns.

With nearly 20 years of experience in the Internet and mobile spaces, Jeff is the CMO of .CLUB Domains, LLC, which operates the new top-level domain .CLUB, which is ideal for clubs, associations, teams, loyalty programs, fan clubs, and anyone with a passion who’s interested in a memorable, descriptive domain name. As a self-proclaimed gadget geek, early adopter, and experienced entertainment and technology executive, Jeff’s career thus far has spanned the worlds of traditional film and television, along with computer games and mobile technology.

Jeff writes about marketing, mobile, social, startups, and digital media/content creation. Jeff is an avid social media enthusiast who podcasts and writes for several blogs. He is a regular speaker at conferences, events, and schools on topics ranging from social media to mobile to entrepreneurship.

In addition to writing and being CMO at .CLUB Domains, LLC, Jeff is the co-founder of EntrepreneurWiki, a passion project to support the entrepreneurship community with more than just bios — the project provides a place for entrepreneurs to share inspirations and lessons learned. Prior to his current endeavors, Jeff was the co-founder, CEO, president, and marketing mind for several entrepreneurial ventures, leading to more than 30 years of experience in the technology and entertainment industries.

Our founder and CEO, Colin Campbell, has been a serial entrepreneur in the Internet domain space as the founder of a number of companies, including Tucows and Hostopia. When the Internet Corporation for Assigned Names and Numbers, the body that regulates the Internet namespace, announced the opening of applications for new top-level domains (i.e., the letters or words to the right of the dot, such as “com,” “biz,” or “net”), Colin did a great deal of research on what would make a good domain name extension. The word “club” stood out because it is short and easy to remember, has meaning across a wide number of verticals, and has global appeal because the word “club” is “club” all over the world, even in China. He saw the opportunity to create a global brand around the .CLUB domain and initially raised $1.2 million from private investors to form a company to apply for and launch .CLUB. I joined Colin as a marketing consultant shortly after the application for .CLUB was filed, and I eventually became our first full-time employee once we were successful in acquiring the rights to the name.

As our business is truly global, my typical day often starts in a hotel room or an airport as I travel extensively to events and trade shows and to meet with our local registrar partners. I make it a point to meditate every morning shortly after waking up, and most mornings, I go for a two- or three-mile run. Those two things (and coffee!) help me start the day feeling on track and motivated. When I’m not in meetings or at conferences, it’s easy to let email dominate my day, but I try hard not to let my daily life be dictated by my inbox — a constant challenge. I do my best to carve out time for engaging with my team, planning and creating content (blog posts, social media posts, videos, articles), engaging in strategic planning around new partnerships and promotions, and reading to stay on top of the latest news and developments in our industry and the industries I’m interested in.

It always starts with a lot of thinking at first. An idea will swirl around in my head, and if it’s a good idea, I won’t be able to stop thinking about it — when I’m in the shower, driving, running…. I can even feel a bit of an adrenaline rush as I mull it over, becoming eager to share it and develop it further. My next steps may involve bouncing it off a few people verbally or going straight to fleshing it out in a few paragraphs.

Wearables and the so-called “Quantified Self.” As a self-proclaimed gadget geek and an early adopter, I have owned and tried nearly every fitness band and smartwatch that has been introduced. I literally have drawers full of them. It’s been fascinating to see how being aware of something as simple as the number of steps you have taken can so easily and dramatically change your behavior; in many respects, it adds a layer of motivating gamification to your daily routine. I gave my dad a Fitbit for his 79th birthday, and he says it’s the greatest gift he’s ever received from me. He is now totally focused on the daily goals he’s set for himself and looks forward to hitting them every day. On the smartwatch side, while it’s still early on, I think the convenience of glancing at and engaging with a device on your wrist will ultimately become as commonplace as using a smartphone today. Dick Tracy knew what he was doing!

Healthy living — regular meditation, exercise, and a healthy diet (in my case, a vegan diet). The life of an entrepreneur is full of stress, long hours, and (often) intense emotional and financial pressures. Being mentally and physically sound by taking care of your body and soul, trite as it may sound, is your best ally in coping with the unexpected and performing at your best.

In my first job out of college, I was a production assistant. The CEO of the company and executive producer would leave his cat in the office if he was traveling or away for the weekend, and it was my responsibility to clean the litter box first thing Monday mornings. Back then, I had never had a cat, so I didn’t have much appreciation for my poop-scooping chores (nor did I see it as putting my recently earned Ivy League degree to good use). However, the access I had to the CEO’s office — and the trust he gave me to handle a task that, while “stinky,” was important to him (he did love that cat) — quickly led to him trusting me with more and more production responsibilities.

Be observant — both internally and externally. Listen to the world at large. Listen to your team. Look for patterns.

Focus. We have a very singular focus on .CLUB and creating a global domain name brand. That focus permeates the culture of the company, ensuring that every employee in every role is aligned with their eyes on the same prize. This helps us be more efficient and accomplish a great deal more with a relatively small team.

As an entrepreneur, I’ve had my share of failures, direct and indirect, but they were all learning experiences. And that’s how you overcome them: by learning from the experiences and taking that knowledge to your next venture(s). With BarPoint.com, back in 2000, we had great technology, great distribution, and no users — because, at that early time, our product required too much of a shift in consumer behavior. We were ahead of our time and introduced it too soon. Mobile wasn’t ready. I ultimately learned that changing technology is easy, but changing behavior is hard — and that’s a good lesson to learn.

Create a truly unified and open fitness platform standard so your personal data can be centralized, regardless of which device you choose to use at any given time.

Given my comments above about wearables and the Quantified Self, I’d have to say the $100 I spent on my Fitbit One. That tracker has changed my daily behavior and has led me on a path to lose weight and exercise more regularly.

I am a big fan of cloud-based services that keep your data synced across all devices. So, naturally, I think Google services for email, contacts, shared documents, etc., are great. I also love the predictive nature of Google Now on my Android phone and smartwatches. It’s a peek into the future. I also love the way Amazon’s Whispersync lets me jump back and forth seamlessly between a written book (on Kindle) and an audiobook (on Audible), keeping them always in sync. It’s my favorite way to read now, both for fiction and non-fiction.

“Ender’s Game” by Orson Scott Card — I’m an avid science fiction fan, and I find great sci-fi gives you a peek into the future while letting you examine our current society and lives through a thought-provoking lens. “Ender’s Game” fits the bill in my book — and read the book; don’t be lazy and just watch the movie. For extra points, read “Ender’s Shadow” while “Ender’s Game” is still fresh in your mind.