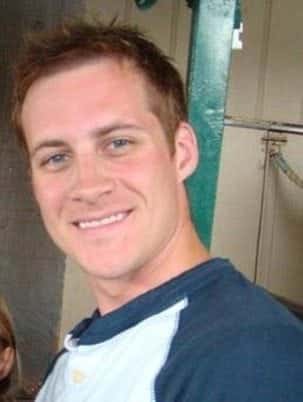 Jerod Mollenhauer built a successful career in the insurance industry, receiving early promotions and increases in responsibility. He attributes this early success to hard work and discipline. At 19, he left school to work, and within a year, he became a supervisor for a Fortune 500 company, coaching a sales force of 16 – 20 people. He then ran an insurance agency for seven years and eventually became an assistant vice president with one of the top insurance brokerages in the country.

Yet, all this time, Jerod was never really “all in” with his career path. He always felt a pull to create something from the ground up, but he put the feeling aside to support his growing family. It wasn’t until his career came to an abrupt fork in the road that he finally paid attention. One road was the safe path, the one he knew with a job in an industry he knew well. The other road held only an idea and an unknown outcome. He knew that if he took the safe path, he would forever wonder if he could have succeeded down the other. So with his family’s encouragement, he took the leap in 2012 and joined Andrea Hansen in building Venuefox.com.

You know how millions of people plan events every year (kids birthdays, weddings, or even guys/girls night out)? Well, Andrea and I are creating Venuefox, a website where you can easily find different vendors in one place, save searches and share finds with your friends. So instead of doing multiple searches for transportation, venues, catering, etc., you can use this one-stop shop. This brings to light not only the popular destinations, but also the hidden gems that many people don’t even know about.

Where did the idea for Venuefox come from?

You’re going to have to ask Andrea about that, but I sure like it!

I wake up early with the kids, take them to school, and then come home to work on all the different aspects of creating and starting a tech business. This involves creating wire frames to business cards and everything between. Even though it’s time-consuming to build something from scratch, I still make time for the family, friends a gym workout and a weekly slow-pitch softball game. You never know where inspiration will come from, so it’s important to stay social—and healthy.

I openly share ideas and entertain other people’s ideas. Being in sales and with a military type upbringing I have developed a thick skin. If my ideas don’t get positive feedback, I move on. There are tons of great ideas out there, but a lot haven’t been perfected or realized to their full potential.

NFC—a technology that can replace my credit cards and all that other crap that’s in my wallet. How cool is it going to be when we don’t have to carry a wallet and can tap our phone to a terminal and pay for stuff?

Detasseling. For those of you who never had the luxury of doing this, it’s a job that involves walking through cornfields for hours and pulling the tops off of corn stalks. By the end of a hot, humid day, you’re muddy, exhausted and covered in small cuts from the stalks. From this job, I learned that if I use more of my brain, less physical labor is involved.

Do I get to pick my starting point? If so, I’d probably go back to my freshman year in high school and work even harder at baseball. My dad said there was a small window of opportunity if I wanted to be pro. Needless to say, that window was missed. I didn’t work hard enough for that opportunity, so I’m making up that by making sure I don’t miss this one.

Work out! It’s so important. Walk, run, lift weights or do whatever you like to get your heart pumping and sweat dripping. It’s not only good for you physically, but it also clears your head, gives you more energy, and increases your confidence. #nuffsaid

We haven’t had any major issues yet (knock on wood), but I know we will have them, so it’s not the getting knocked down that’s the problem, it’s how fast we can get back up. We’re training for that moment right now.

I would make teleportation possible. How, you ask? Hell if I know, but wouldn’t it be cool?

If I did, it wouldn’t be a secret any more.

I’m a big fan of The E-Myth Revisited by Michael E Gerber. It’s a book that helps organize and systematize all the details of your business. Gerber distinguishes working on your business vs. working in your business.

Who/what is your hero?

Leaders, success stories, warriors, dreamers, champions. Nobody is perfect, but there is good in all of us. I take the most positive attributes of people and admire what they have done. And let’s not forget Jesus—he’s kind of a big deal too.