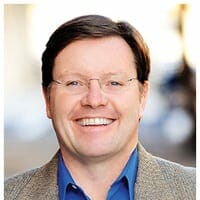 [quote style=”boxed”]Humility makes it possible for everyone to get what they need and keeps priorities straight.   Mercy enriches the merciful and creates second chances.  Discovery excites us and moves the world forward.[/quote]

Jerry McLaughlin brings to Branders.com over 20 years of marketing and operations experience in the financial, technology and advertising industries. As President and Chief Executive Officer, Mr. McLaughlin has established Branders.com as the largest interactive and lowest priced promotional products source in the world. In 2006, Branders.com was featured in both Harvard Business School’s Strategy & Innovation and leading industry magazine Counselor as having a unique business model that is upending an industry and as the fastest growing distributorship in the history of the industry, respectively. In 2010, Counselor named Mr. McLaughlin its Entrepreneur of the Year. With well over 100,000 customers, Branders.com has the largest customer base in the global promotional items industry.

Before co-founding Branders.com in May 1999, Mr. McLaughlin was with Altos Ventures; a venture capital firm focused on making early stage investments in companies and entrepreneurs. Prior to Altos Ventures, Mr. McLaughlin was CEO of Enwisen, the first Internet-based clearinghouse of employee benefit information between insurers and large employers. While at Enwisen, Mr. McLaughlin negotiated distribution deals with Netscape and top ranked insurance and insurance brokerage companies. Enwisen’s clients included Longs Drugs, Yahoo! and the Washington Post.

Mr. McLaughlin built his experiences in marketing and branding early in his career, when he founded and operated a successful advertising company in Philadelphia. He is a former U.S. Marine officer and an active member of Young President’s Organization. Mr. McLaughlin earned his Jurist Doctorate with honors from Temple University. He also holds a degree with honors in Economics and English from the University of Pennsylvania. He and his family recently returned to Palo Alto, CA after four years in Manila and Shanghai.

A five million dollar financing deal and the launch of a large new facility.

What are three business trends that excite you?

Let me reframe the question to address three business trends that I’m paying a lot of attention to.

The first, I’m genuinely excited about:  Frontier science—in particular, designed intelligence, nanotechnology, and biotechnology.  In the next 25 years, I expect to see the first machine that can outthink the smartest human.  That will be the seminal human invention.

The second, I’ve been deeply concerned about, but I think the trends are moving in the right direction:  Poor incentive structures.  When managers are paid on the upside with no risk or offset on the downside, they are effectively encouraged to behave recklessly—leaving shareholders, customers, employees, and society to pick up the tab.  Foolish incentive schemes destroy value and jobs and make America less competitive; with the 2008 Wall Street meltdown serving as Exhibit A.

The third trend keeps me up at night:  The growing U.S. trade imbalance and budget deficit.   We are knowingly and deliberately selling off the family farm.  That’s not the better future I believe we owe our kids.

If an idea really appeals to me, I try to identify who would benefit and who would lose from the idea’s realization.  Then, I try to determine whether I can rally resources from the winners, and whether I can avoid or overcome potential opposition.

If—and only if—I’m satisfied with the answers to the questions above, I become an evangelizer:  Gathering the people and the resources I need by telling them story of how this great idea will improve their lives.

Humility makes it possible for everyone to get what they need and keeps priorities straight.   Mercy enriches the merciful and creates second chances.  Discovery excites us and moves the world forward.

When I was about 8 years old, a friend visiting my house stole $5 from my new wallet.  Upon realizing what had happened, I was so embarrassed and hurt that I tried to shift suspicion to my younger brother.  To this day, I am disappointed in myself for having behaved that way.  I learned something about the weakness of vanity and the damage we inflict on ourselves when we try to avoid unpleasant realties.

If you’re going to build a business at all, anchor it around a customer value that is 1) important to the customer, 2) objectively different from all alternatives, and 3) cannot be easily provided by a competitor.

Businesses that don’t meet all 3 criteria might be nice places to work, but they are not going to be game-changers.

Positioning:  The Battle for Your Mind by Al Ries and Jack Trout.

What is the biggest challenge in hiring?

Hiring managers need to accept that hiring decisions are always a gamble.  If the goal is to hire an exceptional performer, or even just someone you can count on to be completely competent, you cannot assume that you will have a better than 50/50 success rate, no matter how much energy you put into selection.  You need to pump yourselves up for the emotional energy it will take to repeatedly, rigorously review your team members and to let go of those who are not performing with excellence—or reassign them to positions where they will.

What would I do if I were King for a day?

I would cut spending on every element of the federal budget by the exact same percentage and just enough to balance the budget, and then let the political process redistribute the massive remaining funds as the electorate and Congress saw fit.