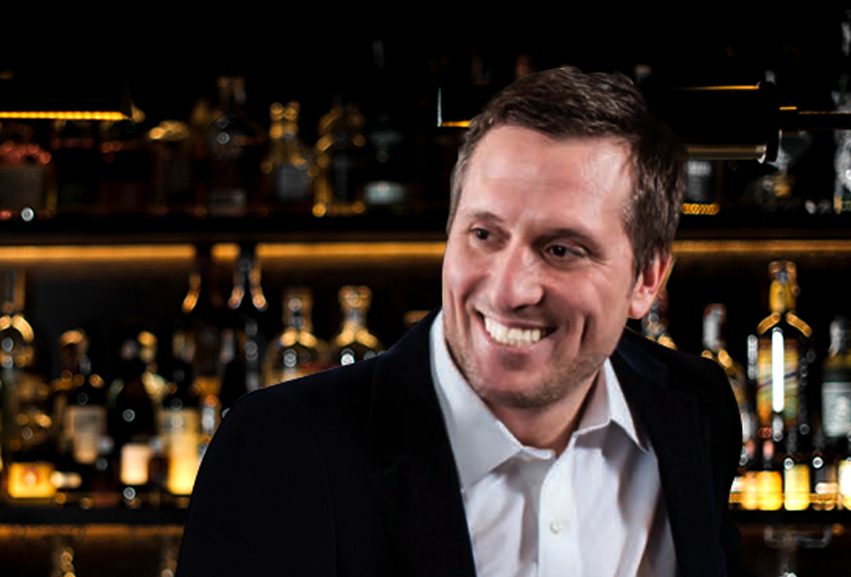 There is no such thing as failures, just opportunities to try something a different way.

Jesse Erdle is the owner of Dead Ringer Hunting, a company the produces hunting accessories, including tactical optics, hunting scopes, archery broadheads, and more. He began his journey by graduating from Northeastern University with degrees in both engineering and finance and began working for the family business, Eldre Corporation, in the year 2000.

After working under his father for a few years, he decided he wanted to get out and do something himself. After attending a trade show in Las Vegas, he bought a factory in China and began a children’s clothing line.
In 2007, Jesse Erdle’s father asked him to come back to work for the family business and help them open a factory over in China.

His father sold the family business to MERSEN in 2011 and Jesse Erdle decided to look elsewhere for new ideas. Along with two partners, Jesse Erdle created Dead Ringer Hunting later that year where he’s been CEO and President since.

Jesse Erdle is also a proud family man and spends much of his free time with his wife and their three children.

I was playing around with various ideas for a new venture when I was approached by someone a few days before my next trip over to China. He had this part that he had designed several years ago for hunting, but he hadn’t been able to do anything with it. At this point, I had never even owned a gun, but he showed me how his part worked with a shotgun. I realized immediately that this was a smart concept that worked really well.

I showed it to my partner when I arrived in China and he took it to a few different factories. By the time I got home a month later and after a few revisions and adjustments, I had a finished part.

The creator of it says I’ve done a phenomenal job on his part, so he, my brother-in-law, and myself sat down together and we planned how we could get 30,000 of them made. My brother-in-law and I made a deal to loan him the money with a guarantee from him that he’d pay us back in 30 days after attending the Great American Outdoor Show with these parts. Sure enough, we sold every single unit over the eight days of that show.

We created Dead Ringer Hunting from the money we made at the Great American Outdoor Show.

I generally wake up between 5:30 a.m. and 6 a.m. and by 7 a.m. I’ve already gone through the stock market to see what’s new. I get my son ready for school and see him and my daughter off. Then I either head into the office or I work from home. I go through emails, check if anyone needs anything, check if there’s anything pressing that needs to be taken care of. I’ll also dabble in the stock market. And after that, any number of things could be happening at the office. We could be evaluating the return on investment for certain products, comparing products, determining how to adjust them if they need it. We also hold weekly marketing meetings, discuss trade shows, follow up with customers, and the list goes on. My day-to-day doesn’t really have continuity.

I’m a big prototyper. I do most of my own prototyping and I have a partner who helps me that I met years ago in China. Up until 2018 I was a partner in a factory over in China, technically it is registered as a Joint Venture, and the for the most part the factory could be considered a job shop, and this is where I would have most of my prototypes made. My basement is full of different prototypes I’ve made over the years.

There isn’t one related to my business, but a separate trend that really excites me is miniaturization. For example, the first drone I bought I thought was the smallest, greatest drone in the world. It came in a box that was 2 ft. by 2 ft. by 2ft. Now that drone has evolved to fit in my hand. I can carry it in my backpack, take it out and put it on my hand, and off it goes. So, from an engineering perspective, I like that we can try to get infinitesimally smaller items and ultimately come up with something that’s even better in quality.

I’m a habitual shopper for ideas. I religiously go out and walk a handful of stores. Sears, Best Buy, Walmart, CVS, Walgreens to name a few, and I scour the stores aisle by aisle, item by item, to see what’s trending, to see what’s there for the holidays in anticipation for next year’s holiday season, to see if I want to participate in it. I look for new items, ineffective items, and just a general overview of where the market is and what people are doing today versus last year.

I’d tell a young Jesse Erdle to become a doctor. I feel like as a doctor I wouldn’t have those defining moments that you do with a business where you have to be all in or all out to participate. Whereas being a doctor, you are first-of-all the master of your own destiny at all times, and the platform for being a doctor would also enable me to be the entrepreneur as well.

Gross margin and gross margin dollars are two different calculations. The margin is revenue minus cost of goods sold divided by revenue. And it’s not that they don’t necessarily agree with me on it, but some people don’t understand that they’re two different things. One is an amount and one is a percentage. What percentage you make on something is a gross margin. It’s a calculation. Margin dollars is a fixed thing.

I’m constantly checking the books and I’m continuously innovating. You have to stay on top and keep up with your demographics and customer base.

Utilizing trusted individuals within the industry as our brand ambassadors to promote our products. Then we incentivize these ambassadors by making their payday be a factor in our sales. The more products we’ve sold that they promoted, the more money they will receive per sale.

I don’t like to say that I’ve ever failed. I’ve had opportunities that needed adjustments, as any project would need an adjustment. Sometimes we try to adjust dynamically and as quickly as possible to minimize any possible losses, and maybe it incurred or was close to, so we had to shift and give ourselves an in or out at the proper time. So, I don’t know if anything has been per se a failure.

The best $100, I suppose at it was on dinner by myself at the Palm Restaurant. It got me a great steak, two drinks and about an hour of uninterrupted thinking time by myself. Peace and quiet is a good thing from time to time, especially in today’s fast paced environment.

I use Google and Amazon to compare my products with others and compare what I price my products versus other companies. Then I use their prices and figure out how much they make per item, how much the store makes off each sale, and finally how I can make and sell mine for less than theirs at more of a profit.

How To Win Friends and Influence People by Dale Carnegie and The Art of War by Sun Tzu. People need to be respected and people need to respect you. You also have to be able to compose yourself under all situations of life and have the same effect that you want each and every time.

“There is no such thing as a no sale call. A sale is made on every call you make. Either you sell the client some stock or he sells you a reason he can’t. Either way a sale is made, the only question is who is gonna close? You or him? Now be relentless, that’s it, I’m done”
– Boiler Room.

It means you’re either in it to win it, or you’re not in it at all.

● You should always be thinking of new ways to innovate something
● There is no such thing as failures, just opportunities to try something a different way.
● Having brand ambassadors is a great way to promote your products.