John Rampton – Co-Founder and CEO of Due 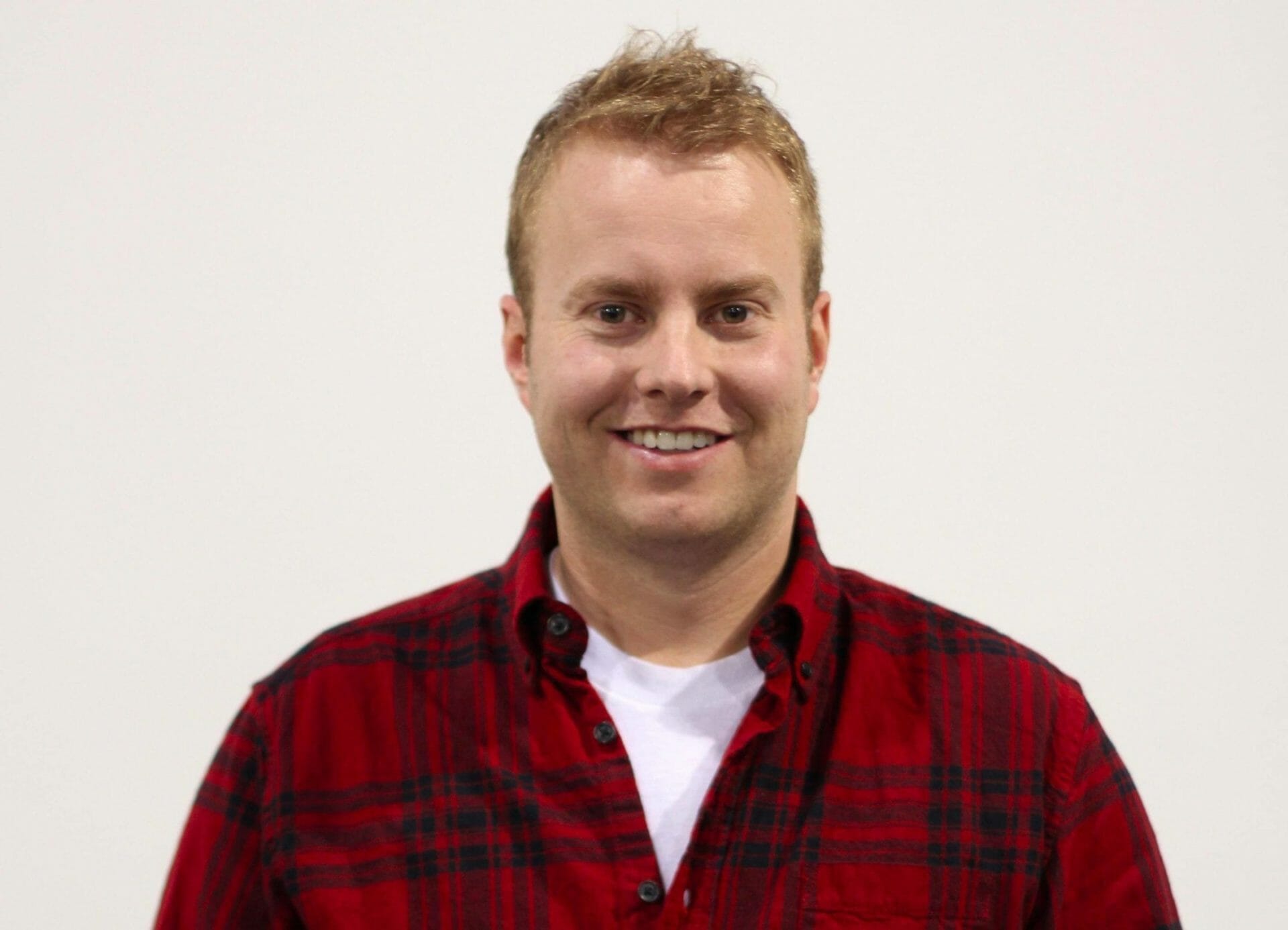 John Rampton is Co-Founder and CEO of Due, an online invoicing and payments company that serves businesses all over the world with the latest digital payments technology. John has been an entrepreneur his entire life. While in college, John worked at a construction site but was run over by a skidster that snapped his left leg in half, leaving him unable to walk. While confided to a bed over the next year and through three surgeries and an experimental treatment that used stem cells to regrow bone his leg, John learned online marketing. He would spend 16-20 hours a day online, learning what it took to sell products and leverage a blog he soon discovered he could monetize. During this time, John also learned to walk again. With the proceeds from his blog monetization, John began to purchase, start, grow and sell companies online. Prior to Due, his last company quadrupled to a seven-figure revenue stream in just six months. In addition to running Due, John also serves as a connector, mentor, speaker, author and investor. Additionally, he is a featured writer for such publications as Forbes, Entrepreneur Magazine, and Techcrunch. Entrepreneur Magazine has also recognized John as one of the top 50 most influential marketers in the world.

Where did the idea for Due come from?

My idea for Due came first from the large number of domain names for online invoicing that were essentially parked but not built out while others had some technology in place but weren’t really using it to their full advantage. Knowing many entrepreneurs and freelancers, I also regularly heard about how they couldn’t get their clients to pay them on time. Additionally, I was watching the digital payments space and seeing how there was a real opportunity to put together an entire solution for small business owners where we could give them a way to get paid faster – from electronic invoices delivered to a client’s email with a wide range of payment options embedded so they could view and pay in one action, significantly speeding their willingness to pay that invoice and help small business owner cash flow.

My typical day recently changed drastically with the birth of my daughter a few months ago, but in a really good way! Because I don’t want to miss a moment with her, it forced me to re-evaluate my schedule to see how I could make it even more productive so I had this time. I do the majority of my work very early in the morning and in the evening with some hours throughout the day. Within that time during the day, though, I get to enjoy family time, incorporating exercise by taking her out for walks and enjoying those special moments. I’ve actually been getting even more done than I did before she arrived. My calendar and time tracking app keep me on schedule.

It takes a lot of thought first for me before I get to the point where they come to life. I do extensive research, including talking to people that might be interested in the idea to see if it really has legs. From there, I put the research into a formal business plan to see what it will take to execute and determine the level of resources necessary. It’s important to put in a lot of time on the front end of an idea. Later on, once it’s in motion, there are places you can work more quickly. However, it’s that first part where you want to make sure it’s really worth it to bring it to life.

I’m really excited by the idea of digital currency becoming part of our standardized payment options. While Bitcoin is still somewhat limited in terms of mass acceptance, I can see it turning the corner and really providing an alternative along with blockchain, which frames digital currency. Both illustrate so many alternative applications and potential solutions to current issues related to secure payments and transactions.

Tracking all my time religiously down to the minute has made me so much more productive because it instantly calls out any places where I spent too much time on less- or non-productive tasks. I can’t deny what the time tracker is telling me so it makes me much more accountable plus has helped me push certain tasks to the background in order to focus on others. The idea that I’m tracking time also gets me to think consciously about how much time I’m spending on a phone call or other task, which helps me end up spending less on those things that were previously taking too much time away from my priorities.

My worst job was my first job as a newspaper boy. I think I only say it’s the worse because every job since then has been pretty sweet. However, I learned a lot about people doing that job in terms of who would pay me or who would try to get out of it until the following week. I had those that tipped me a lot and those that didn’t give me anything. I could see the motivation for doing more for those that did tip me and pay me on time versus those that didn’t. So it was early lessons on service, marketing, and customer behavior that I’ve kept with me throughout my career.

I would have added in the payment aspect to the online invoicing solution from the start rather than adding it in about nine months later after launching. While the idea was there at the start, I hadn’t yet researched it and formulated how we would develop the technology so it took longer than anticipated. This meant having to go back and changing some of our messaging and brand identification. While it worked, it added to the work and cost that I would change if I could go back and do it any differently.

I re-evaluate and re-assess everything I’m doing to see if there is anyway to do it better – and by better I mean more efficiently, cost effectively, and faster. While I don’t focus on perfection because the idea of it can actually detract from what you are doing, I do believe in looking at metrics and reflecting on what could be improved regularly because it has always helped the companies I’m running to get better.

I’m a firm believer in strategies that leverage your own personal strengths to create an image for the company that drives growth. That means focusing on my personal brand and thought leadership to drive trust and credibility for the company that draws more customers and maintains the ones we already have. I believe that my presence and the ability to serve as an inspiration and source of knowledge for the audience has truly helped grow the company. If customers believe in the leader, they will believe in what the company is selling.

I received a considerable amount from the sale of a business and mistakenly thought it would carry me through future businesses but I found that it didn’t and ended up having to start over from scratch. I had to build it back up from nothing and learn how to do more with less, bootstrapping my latest business until it was far enough along to get additional support from investors. This has also helped me to never burn through money again.

One idea I have for a business is an incubator for very young entrepreneurs who are still in school but who have great ideas but yet have no experience in running a business. I’d like to see someone create a business that helps these very young children further develop their business ideas because there are some awesome ideas out there that truly could become the next big thing.

The best $100 I spent was on a jogging stroller to take my daughter out with me while I exercised so we could spend more time together, I could exercise, and she could enjoy the outdoors. Also, it gives my wife a chance to have a power nap.

I use a ton but one of my favorite ones recently has been Portadi, which is a way to have other people log into apps that I subscribe to and use so they can handle some of the project work for me. It saves me so much time and provides an easy way to delegate work while still controlling access to your accounts and not having to pass around usernames and passwords.

I recommend “Enlightened Entrepreneurship: How to Start and Scale Your Business Without Losing Your Sanity” by Christopher Myers because it has some great points in there I wish I had known before I started my other businesses and that I will most likely include on any future endeavors. It’s an easy read and has great examples that are relevant to the current business environment. Of course, for something entirely fun and unique, I’d recommend one of my team’s books. It’s her very first novel called “Mindscape Book 1: Engineering the Past” by N.A. Fleischer and V.W. Bauman. It provides different choices to take at the end of various chapters, allowing you to read the book many different ways for many endings. Proud she’s on my team! [HAHA take out if it’s not appropriate]

Elon Musk is a major inspiration for his creativity, risk taking, and vision.