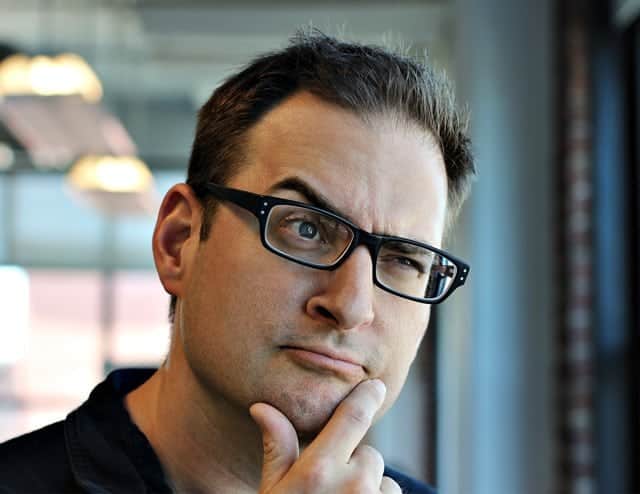 [quote style=”boxed”]Solve a problem, provide ongoing value and make your solution available as a subscription. That’s the Raven model, and it’s working quite well for us.[/quote]

Jon Henshaw has been involved with website development and internet strategy since 1995. He’s taught internet training courses professionally and has spent a good portion of his career consulting for SMBs within the United States.

Before becoming a co-founder and the chief product officer (CPO) at Raven Internet Marketing Tools, he was an internet strategist at Sitening, a performance-based internet marketing firm in Nashville, Tennessee. He also worked as an interaction designer for Visa in Denver, Colorado, where he helped develop web applications for their consumer and corporate customers. Prior to working at Visa, he was the lead designer and product manager for an internet startup company that provided web-based CRM and project management tools for non-profit organizations.

In general, I don’t like to discuss brand new Raven features until they’re launched, and we’re working on a lot of new features right now. We have a huge addition to Raven that’s currently being prototyped and will soon go into testing. I’ll be giddy once we launch it! That said, I’m happy to talk about existing Raven tools that we’re updating. For example, we’re planning a refresh of our social media tools. We’re planning to release a Chrome toolbar to replace our Firefox toolbar. Recently we updated our Link Manager and added a Contact Relationship Manager (CRM) tool.

Where did the idea for Raven come from?

We created SEO tools several years ago, and like all SEO tools back then, we gave them away for free. The problem with our tools is that they became very popular, and the cost to host them skyrocketed. At the time, we were a small agency, and that cost was starting to hurt us. So we asked ourselves, “What kind of SEO tools would we pay for?” As an agency, we decided we would pay for tools that centralized our research, link management, performance monitoring and reporting. Thus Raven was born.

Most of my days look the same. They’re full of having impromptu meetings, answering emails, preparing updates to the platform for the developers, and working on the next best thing for Raven, which is by far the most fun.

Ideas start in many forms, such as a feature request from a customer or an epiphany over lunch. From there, we may have more meetings about the idea, especially with people who are most likely to use the feature. We make notes that become wireframes. Those wireframes then become prototypes and/or fully designed comps. We work out the business rules (user stories, process flows, etc.) of the feature to deliver to our development team. They program the magic. Once it passes Q&As, and the support and marketing teams are ready, we launch it! As you can imagine, launching new features is extremely exciting and gratifying, especially when you know that thousands of people all over the world will be using what you helped make.

I’m excited about Google’s commitment to structured data. I’ve been a big fan of structured data–formats like RDFa and microformats–for several years, but was always frustrated by Google’s lack of interest in it. It turns out that Google wasn’t disinterested, it just didn’t prefer those standards, because the company saw them as limited and out of its control. Google’s answer came with the introduction of Living Standard HTML (also known as HTML5). The new HTML standard introduced something called Microdata Global Attributes, which Google was able to use to create its own structured data format, called schema.org.

Schema.org enables you to structure all types of data, including products, reviews, recipes and just about anything you can think of. And best of all, it’s supported and encouraged by Google, and is used to improve and enhance the search results for your pages. The only problem with schema.org microdata is that it can be complicated to learn and use for people new to the concept of structured data. That’s why we created the Schema Creator site and WordPress plugin, to help people get up and running quickly with the new standard.

I’ve had a lot of crappy jobs. For the sake of not upsetting someone from my past, I’ll just say that not being respected or rewarded for my talent or skills is what made those jobs awful. In addition, having bosses that I didn’t respect (mainly because they didn’t know what they were doing) made those jobs even more difficult. Now that I’m in the “boss” position, I do my best to respect, recognize and rely on the talents of the people with whom I work. And while I’m hardly perfect or an expert in anything, they hopefully see me as a respectful leader.

It’s been such a wild ride that I don’t think there’s one sure way to achieve success. I think success takes a combination of the right people, good timing, well executed ideas and a lot of luck! If I were to start again, I would do the same thing—roll with the punches and stay focused.

Be a “doer” and stay focused. If you don’t have something meaningful to contribute to your business, then you’re probably an impediment to its success. I’ve always worked as part of the team, not as an executive who thinks he’s more important than everyone else. In fact, if that’s your attitude, you’re not an entrepreneur, you’re just a useless asshole.

I think a failure that many entrepreneurs experience, including me, is not getting things done in the timeframe desired. It’s usually caused by lack of focus, wrong personnel choices and poor processes. You overcome that failure by never giving up—change what you need to change and try again.

I don’t have a specific idea, but I do have a specific approach: solve a problem, provide ongoing value and make your solution available as a subscription. That’s the Raven model, and it’s working quite well for us.

I would make education our number one priority. I believe that educated people make better decisions and treat people better. Our greatest enemy is ignorance. Education obviously isn’t a panacea for the world’s problems, but I think it would have a significant influence on them (especially if you consider problems that would need to be addressed to provide good education, like clean water, nutrition, stability and affordability). There are already exciting things happening in the educational space today. Udacity and Khan Academy are poised to change everything we know about access to quality education.

My secret is that a lot of people trust me, because I don’t tell other people’s secrets.

Evernote and Dropbox are amazing tools. I use depend on them daily. However, my favorite new tool is Nest. I can control my home’s climate control system from my iOS devices, and it learns my living habits automatically and makes smart adjustments. I like things that just work and make my life easier.

I don’t read business books, so I don’t have any of those to recommend. I read books on philosophy, science and science fiction. I prefer to read things that inspire my own creativity and ideas, not tell me what to do. The best book I can think of that might fit this question would be Steve Jobs by Walter Isaacson. I got a lot out of that book in regards to how to approach and not approach my business. I’m not talking about a WWSJD (What Would Steve Jobs Do?) approach, because there’s a lot to not like about him. It’s worth reading from a “what would I do in the same situation” perspective. It makes you think about your own company and the decisions you’ve made and may have to make in the future.

I laugh all day, every day. Life is funny. I mean, as long as things like this exist, I will keep laughing.

As I wrote recently, my heroes are “anyone who has stood up against conventional wisdom, especially in cases of scientific reason versus irrational belief.” We wouldn’t have the medicine or technology we enjoy today without them, nor would we be able to progress as a people.

Where do you think the internet marketing industry is going?

What gets you excited?