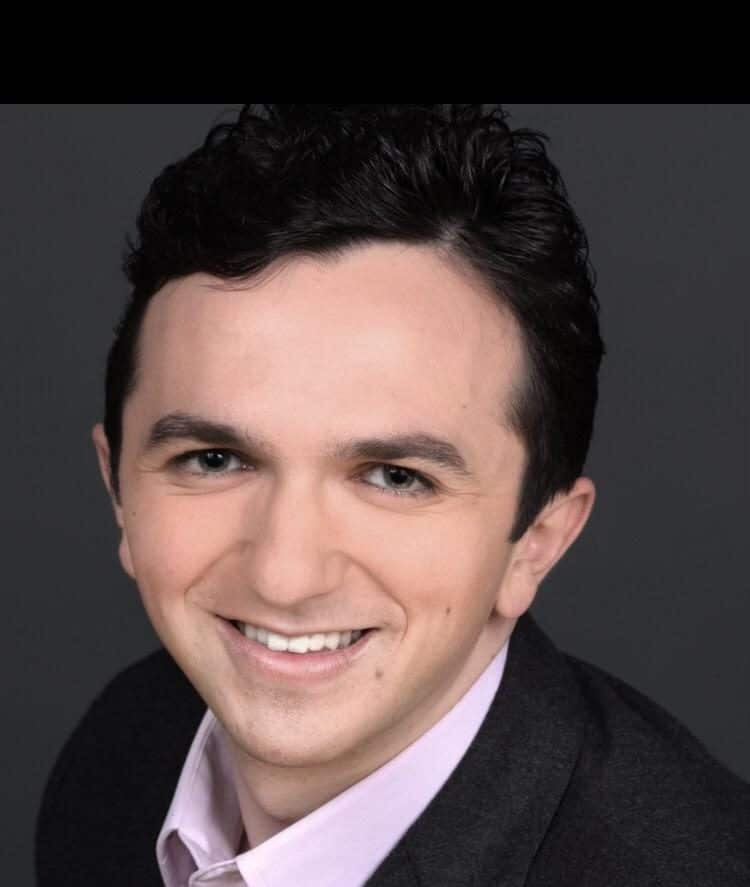 Remain ambitious and focused on your dreams while realizing that Rome wasn’t built overnight.

Josh Nass is an attorney and a public relations executive. He began his career working in politics. In August of 2013, he launched an organization dedicated to redefining the youthʼs perception of the Republican Party. His work with the organization afforded him the opportunity to appear on national television dozens of times across Fox News, the Fox Business Network and MSNBC.

In August of 2014, Nass ended his tenure at the organization marking his official foray into the public relations arena. Having already executed national media campaigns on behalf of numerous nonprofit and public advocacy groups as well as for several high profile individuals, Nass has quickly rose to prominence as a speaker and commentator on the subject. In addition to traditional media placement, Nass has been a sought after practitioner for crisis communications and reputation management issues.

While still a student in college, I used to regularly appear as a pundit on cable television lending commentary from a millennial’s standpoint. Before I knew it, my media profile had expanded and I had developed a vast network of relationships with members of the media. Bookers, producers, editors and reporters at some of the most well-read and well-viewed outlets would regularly call upon me to offer commentary on world events. Having favored the strategic component of the work to the on-air portion, my transition to public relations was a natural one. I had the relationships with members of the media and had a proven track record of using them effectively to my own advantage. If I could do it for myself successfully, I could surely build the brands of others. And so I did. And so I’ve done. We’ve never looked back since.

One of the things that I most enjoy about public relations and our practice in particular, is that there is no such thing as a typical day. Every day looks different depending on the news cycle and our clients’ respective needs. This unique aspect of the public relations field is one of the things that I find truly exciting and invigorating. One consistency that does exist, is waking up at the crack of dawn and working through the night. With clients in an array of different time-zones, we are expected to operate accordingly. Whether a crisis hits at 3 AM or at noon, we’re always expected to be alert, prepared and ready to be on the move. Although it may not lend itself to a healthy lifestyle, I love every minute of it.

I find conference calls and meetings with clients and my staff to be very productive. As clients share new developments with their businesses it triggers creative ideas on the part of our team. With much of our clients’ communications needs influenced by the news cycle, throughout the day I communicate with both clients and my staff about ways to properly make them relevant to the news-cycle. This ensures that members of the media are most receptive to our outreach efforts on their behalf.

The continued rapid evolution in the digital and social media spaces is a trend that continues to foster innovation and creativity in the execution of our clients’ communications programs. With the advent of social media and its continued use, the rapid pace by which consumers get their news not only makes PR professionals indispensable for corporations and organizations big and small; but also requires any effective PR pro to be alert at all times and ready for anything.

I am the consummate networker. I have always had an innate ability to make connections. While still in college or law school, I was working on getting major influencers and donors to support organizations I was working with or whose missions I felt passionately about. I do my research. I investigate who my contacts know and am not shy about asking them to make introductions to influencers, well recognized individuals and industry leaders.

There is a reason they say patience is a virtue. Remain ambitious and focused on your dreams while realizing that Rome wasn’t built overnight. It was built over the course of a few days instead 🙂 Or so I tell myself.

You can never be too aggressive when it comes to working zealously on behalf of your clients. Having said that, that level of aggressiveness has to come with a sense of strategy and tactfulness. There is undoubtedly such a thing as pushiness and many are averse to it; but so long as you consistently maintain a high-quality work product and a broader strategy behind it, in the end, the other party will always come to respect you.

Network. Network. Network. You can be the most brilliant and innovative person in the world but without the right connections and access, your ability to accomplish your goals will be inhibited. There is indeed truth to the saying that it is not what you know but who you know. The other advice that’s importance I cannot possibly overstate is engaging in frequent reflection and introspection. Especially in the media business where things move at such a rapid pace, I find it incredibly important to take a moment to recognize where you find yourself and reflecting on whether you’re satisfied with the work you’re doing and the direction you’re headed. This not only includes thoughts about one’s professional growth, but personal growth as well. One of the keys to being an effective entrepreneur is finding one’s work rewarding and always making sure to do your best to help others.

Don’t be shy about what you do or your accomplishments. Additionally, it is important that people you meet not only know the quality of your work, but also the ethics and values you imbue in all of the business campaigns and activities you’re involved with. There is nothing more important in any industry, and the PR industry in particular, than your reputation. As Warren Buffet so eloquently put it, “It takes twenty years to build a reputation and five minutes to ruin it. If you think about that, you’ll do things differently.” So very true.

As you grow in your profession you become more discerning about who you take guidance and advice from. In short, choose your mentors wisely and those whom you surround yourself with whether in your business environment or socially. “Show me who your friends are and I’ll tell you who you are.” Truer words have never been spoken.

Don’t be afraid to pursue major accounts. When many people are starting a business, they have small goals, in part because they’re not confident enough about the extent of what they can achieve. For example, a boutique PR firm might only reach out to local and small businesses. Don’t be afraid to tackle and pursue major accounts. Sometimes executives at those same large businesses or organizations will be willing to consider you, and if you have an impressive track record of success for your clients, they might just be willing to retain you.

Gifts at holiday time to people who have been kind to you throughout the year. Even though $100.00 is not a substantial amount of money, that token of appreciation in whatever form it may take, can mean a lot to a colleague or client. So often you do someone a favor and they don’t even have the courtesy to say thank you. So when you get someone a box of chocolates, a bottle of wine or a holiday basket, it shows you didn’t take their favor for granted and it leaves a lasting impression. It might even grow your business in the process. Karma is real!

As someone who values networking above nearly all else, I have always found Linkedin to be an incredibly helpful service and resource. It’s not only a way for you to communicate with the outside world and grow your business’ audience. It’s also a means for others to find you and potentially retain you for your services. Our firm and account managers regularly use the service as a way of updating our various media contact lists, to ensure that our contact information for reporters, editors, bookers and producers are as current as possible.

“The Power of Persuasion” is an outstanding book that gives readers insights into how public relations programs are developed and how integral public relations can be to a business’ success or ultimate failure.