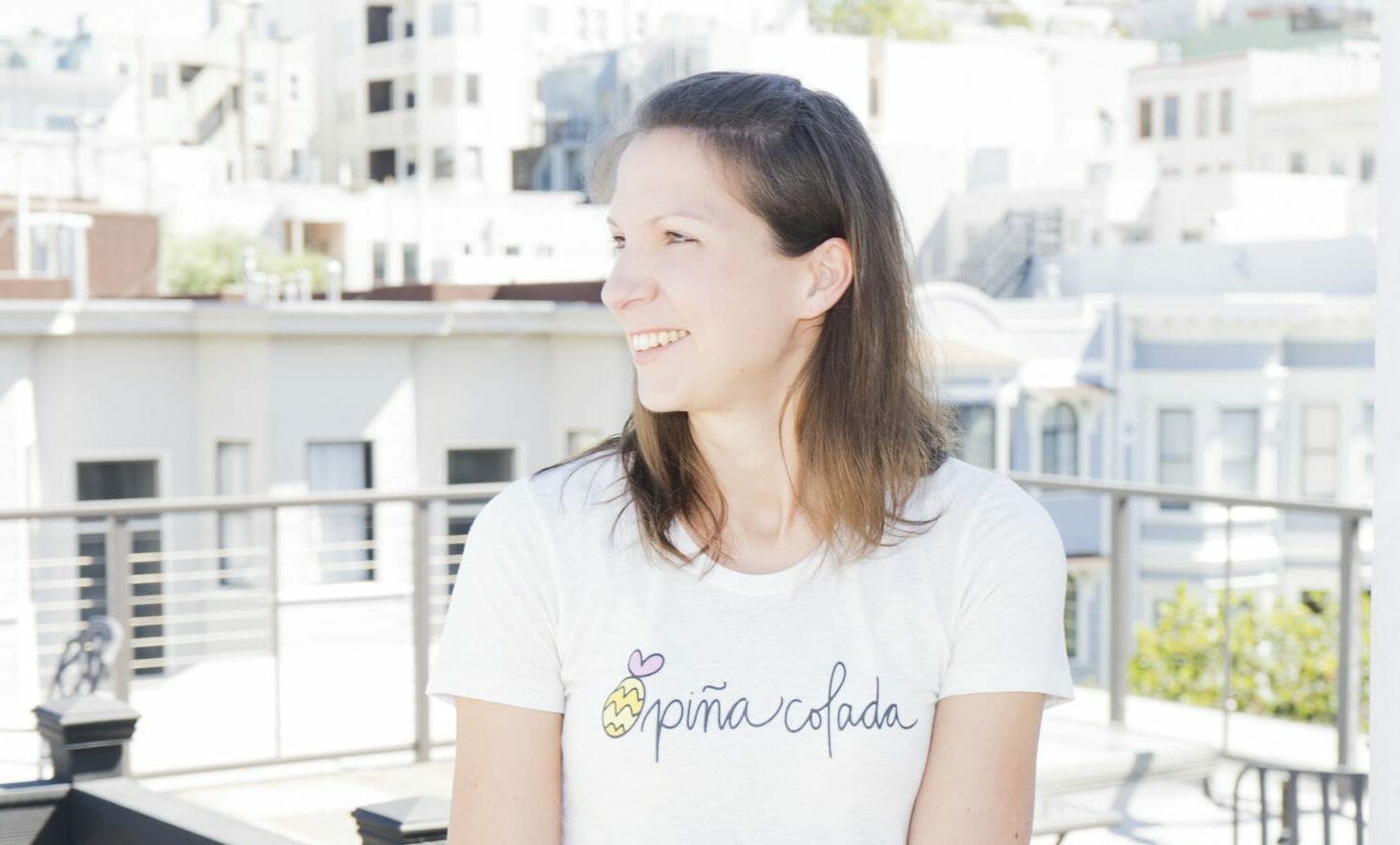 It is always possible to change course. That’s why I think it is important to constantly seek feedback – from users and mentors – and implement the best ideas even if it means saying goodbye to something that you have invested time, hard work and money.

Kati Schmidt is an entrepreneur, sharing economy pioneer, and blogger. She has worked in journalism, public affairs and government relations for 16 years.

Kati relocated from Berlin, Germany, to San Francisco, California, in January 2015, after winning her Green Card in the Diversity Visa Lottery.

As an early employee of Airbnb and one of the company’s first oversea hires, Kati worked on a variety of public policy campaigns, managed strategic partnerships and launched Airbnb Experiences around the world. Amongst other areas, Kati has worked on housing, tourism, food and entertainment regulations mainly in Germany, Switzerland, Greece and the USA. After moving to Airbnb’s headquarters in San Francisco in 2015, she managed strategic partnerships for the global public policy team.

Kati left Airbnb after 6.5 years to build her own business, Piña Colada, connecting groups of six like-minded singles over great food in SF’s best restaurants. Furthermore, she mentors startups of the German government’s accelerator and is advising Wimbify, a global LGBTQ travel community based in Italy.

Kati is passionate about immigration and relocation to Silicon Valley, female founders, the Sharing Economy, and gluten free food. She volunteers as a San Francisco Director of Changemaker Chats – a salon series for women – and Job Seeker Coach for Upwardly Global, an organization that strives to help immigrants and refugees succeed in professional careers in the USA, while connecting employers with diverse talent.

The company’s name – Piña Colada – is inspired by the song Escape by Rupert Holmes. The song describes the story of a couple re-falling in love again after connecting through a dating classified ad. The mission of Piña Colada is to bring dating back to real life by connecting groups of six like-minded singles over great food in San Francisco’s best restaurants. We have started the business because folks in San Francisco are increasingly tired of using dating apps and are craving real life experiences. The song reminds us of the days before mobile dating.

As a one-woman-show, I am in charge of everything: from sales and marketing, to PR, to working on the product and technology etc. In the morning, I typically write down the top three things I want to achieve that day before I start working or get to my emails.

I usually bring ideas into life pretty quickly by focusing on creating a pilot, a minimum viable product, before worrying too much about the long term plan. A pilot and user feedback is the best reality check in my view.

I am really excited about meaningful offline experiences. As the world moves more and more into a virtual direction, more people crave and value real offline human interactions.

In line with the stereotype of Germans, I am in fact a pretty organized project manager. Once I have set my goals, I work persistently on achieving them.

Do not be afraid to ask others for help. When I was younger, I thought asking for help would reveal that I did not know something and others might think I was weak. Now I know that asking for advice or help shows that you are a team player and typically gets you to your goal much faster.

Women are great and in many cases even better leaders. And yet, when you look at the numbers in any industry, there are almost no women in leadership positions. This is not because women cannot or do not want to have a great career, it is mostly due to the lack of sponsorship by men and women in power and by the lack of female role models.

Nothing is set in stone. It is always possible to change course. That’s why I think it is important to constantly seek feedback – from users and mentors – and implement the best ideas even if it means saying goodbye to something that you have invested time, hard work and money.

The initial growth of Piña Colada can be attributed to content and social media marketing – especially via Instagram and Facebook groups – partnerships with dating coaches, matchmakers and local communities, eg. The Guild and Mexas in Silicon Valley. We recently launched a brand ambassador program with the aim to close more partnerships and refer users to Piña Colada.

Unfortunately, I have been close to a burn out twice during my career. As an ambitious woman it was difficult to realize that there are limits to my capacity without risking my well being. We need to invest in self care and look out for ourselves first and then for each other. Especially working in tech here in San Francisco/Silicon Valley it can be tempting to go non stop without pausing and reflecting whether the goal that we are chasing is actually worth it and makes us happy in the long run.

As social networking sites are losing their younger users, I think there is potential for new online communities that are respectful of their users’ privacy and fulfill the need of connecting like-minded folks with each other.

I recently went on a trip to New Orleans with my boyfriend. We spent most of our money on food and I have no regrets! In my view local food helps you explore a new place and widens your perspective.

I use a lot of Google products: Gmail, Google Docs, Sheets and Slides. I like that everything is stored in the cloud and can easily be accessed offline and online on any device by myself and others.

I keep a copy of “Good Night Stories For Rebel Girls” on my bedside table. It is inspiring for all genders and generations.

Just do it. I created most ideas when I had a personal problem to fix: after being diagnosed with celiac disease, I started the gluten free community glutenfreiheit.org, when I was overwhelmed with my relocation from Berlin to San Francisco in a short period of time, I created the relocation blog kaliforniakati.com and when I was single in Berlin, a friend and I came up with the alpha version of what is now Piña Colada.