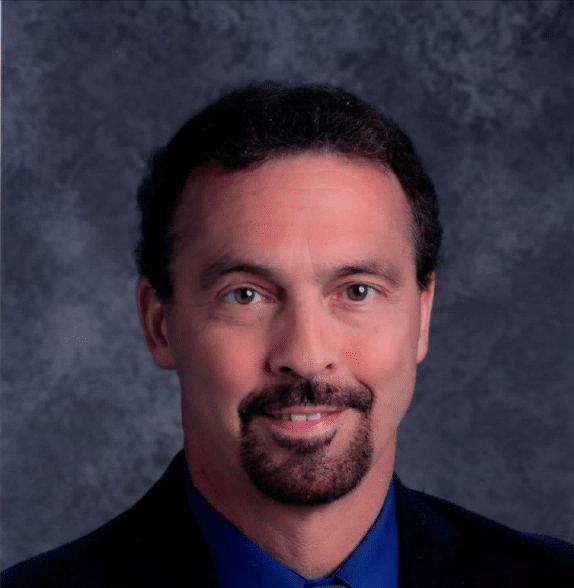 Ken Heinz spent a total of 35 years working in education. He taught for seven years, was a principal for five years, and then was superintendent for 23 years. For his undergraduate degree he majored in Music Education and Vocal Music Performance at Nebraska Wesleyan. He got his Master’s degree in Educational Administration at Kansas State University and his doctorate from University of Nebraska at Omaha and Lincoln both through a joint program.

Now that Ken has retired, he continues to direct a men’s choir and has become involved in more activities with his church.

Education, from the superintendents’ perspective, is a big business, and in some of the smaller towns it can be the biggest employer in the district. I looked some of the leadership in some of the schools I was in, some I was really impressed with, and others I thought, goodness, we can do better than that, and we should do this and this and this. I am always a fixer that wants to make things better, so that was the path I took. I said, I think I can help this. I can improve these things. I can really have a positive impact. I wanted to give kids purpose.

When I was still with the school system, my day would always start early. I would usually try to get to school by 7:00 or 7:15 and try to get some emails answered. I would have administrative meetings. I took care of my job duties, and whenever I could I spent a lot of time with people, staff and students. The personal aspects of the job, understanding people, working with people, and knowing them, that is huge. You have to make those connections with people. If you can’t do that, you’re not going to be successful. There would also be school activities at night such as football, volleyball, and softball games, etc.

I always bring ideas to life through people. If I have an idea that I think is good, whether through committee or my leadership team, we would start discussing it. I would ask them what they think about the idea and get those folks to buy into it. I would encourage them to talk about it until it became their idea too. Once it’s their idea and they buy into, then it would take off. I always make things work through people. Identify who will make it work and then work with them.

The return to career education or vocational education for jobs that are high in demand excites me. Years ago, we had an emphasis on that. About 20 years ago we had the push for STEM, which is good, but we can’t forget about career/vocational education and the students who will not go to a four-year college. I am glad the school systems are getting focused on that again and getting students heading in that direction.

I am a real people person. I always try to involve people in something that needs to be done. If you involve people, usually it will get done well and take off.

I disagree with some of the parenting styles that we have today. The nuclear family isn’t what it used to be because both parents are working now. Kids are left alone more, or they are with babysitters more. After I retired I had so many people ask me, what is the biggest change in education? I would say it’s the parents. The parents are so worried about their kids getting mad, or they feel like they have to give them stuff because they are gone more. A lot of parents are not establishing boundaries with their kids.

In my later years I figured out that you have to take a little time with yourself. I take time every day for myself, at least 20 minutes, to feel connected with my higher power. If you don’t feel good about yourself and you’re not comfortable with where you are personally inside of yourself, you’re not going to perform as well as you could because you will be questioning things. I need to make sure I am on the same page with my God and I have my priorities in order. God first, family second, and job third. I try to keep those priorities in line.

The strategy that has helped me the most has been empowering people, involving them and making them part of things. Even if they don’t agree with what you’re thinking or what direction you’re headed, if they feel they are a part of it, they are going to try to make it work.

In my early years as a principal, I pushed too hard. It still took me a few years as a superintendent to figure it out. I had an athletic director come to me one time and I had a middle school principal come up to me one time. They were great people. We had good times. But in essence what they both said is, “Dr. Heinz, that is great and all, but it’s really tough to do.” I said, “I never ask anybody to do anything that I can’t do or that I wouldn’t do.” He said, “But Doc, don’t you understand. Most of us can’t keep up with you.” I had to figure out just because I think this way doesn’t mean that other people do. I found out I was just pushing too hard.

You have to sit back and look at the whole picture and sometimes you can see things from a different angle. Bring people in and let them help you. If those around are successful, it makes you look good.

Pull your leadership team together and bounce ideas off each other. Involve people in decisions and allow them to play a part.

I was in Walmart recently and I met a gentleman who did not have much money. He had jeans on with holes in them. His tennis shoes had holes in them. He was unshaven and looked rough. I had a nice talk with him and found out he was just having some tough times. He was looking to do better. He had just gotten a job, and he was really proud of that. He was working in a fast food place. He said he used to have a drinking problem, but he’s been going to AA for three years and staying clean. I went to the ATM and got money for him and gave it to him. I encouraged him to buy new shoes and jeans. It made me feel good to do that. That was a good use of that money.

Universally, no matter what I am looking up, Google helps me get started and gives me ideas on where to go.

I am not a religious fanatic, but I recommend reading the Bible. We think so many things will make us happy, but when we get there, we are still looking for what is next. You have to find your peace. You need a connection to what really matters. There are parts of the Bible that help you find peace.

“For I know the thoughts that I think toward you, says the LORD, thoughts of peace and not of evil, to give you a future and a hope.” Jeremiah 29:11 KJV

• It is critical to involve people.
• Never be satisfied. You have to push and get to the next step. Always be looking to improve yourself.
• Find a sense of calm and peace for yourself.