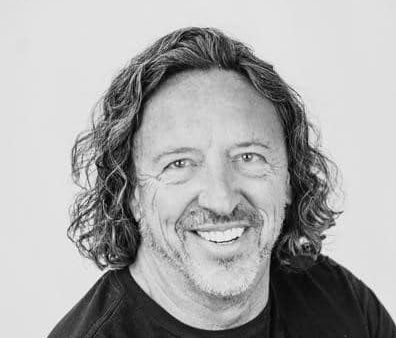 Peter Lowes was born with an entrepreneurial spirit in a small town in Scotland. At a young age, he moved to the north of England. In 1982, Peter embarked on a year-long journey aboard a 65-foot sailboat. After his ocean voyage, he arrived in Long Beach, California, where he began working in the investment real estate field.

In 1994, Peter relocated to Bend, Oregon where he currently resides. In 1997, he founded Compass Commercial Real Estate Services with three partners. While growing this successful business, he continuously sought other opportunities to fuel his entrepreneurial passion.

In 2007, Peter founded the Lowes Group, a full-service residential, commercial, and property management real estate company. In the second half of 2007, and with the help of local restaurateur Marcos Rodriguez, Peter founded the first Hola! Nouveau Mexican Peruvian restaurants. Since then, Peter and Marcos have opened six Hola! locations in total.

Building on the growth and success of their Hola! brand, Peter and Marcos joined forces with colleagues Jose Balcazar and Tony Levison, and in 2014 and introduced their take on the Northwest brewing trend with Tranquilo Mexican Style Ale. In 2015, Tranquilo was awarded a silver medal at the North American Brewers Association for best-tasting beer.

Also in 2015, Peter along with several partners founded Tokyo Starfish, a leading cannabis dispensary company in Oregon. Tokyo Starfish was recently awarded by Source Magazine as the best dispensary in Central Oregon for 2020. Currently, Peter and his partners are preparing to launch their fifth Tokyo Starfish location in Oregon, and have plans for further expansion in the future.

Where did the idea for Hola! Restaurants come from?

A local restaurant worker named Marcos Rodriguez approached me in 2005 and knowing that I was already in the restaurant business; he asked if ever I wanted to start a new restaurant venture if I would consider being his partner. Marcos said he had no capital but he had a strong work ethic, I decided to take a chance on him and we formed a partnership and opened up our first restaurant in 2005. Marcos had a concept for Noveau Peruvian & Mexican cuisine, he had some ideas for names, I suggested the name Hola! and that’s what we both agreed to. We are now the largest chain of privately owned restaurants in Central Oregon with 6 locations.

I usually wake by 6:30 AM, make myself a fresh juice smoothie, then ride the beautiful mountain bike trails of Central Oregon for around 1.5 hours every day. After showering I start answering emails and phone calls. Being involved with multiple businesses and over 250 employees means there’s always a lot of activity. Some people may see this activity as “problems”, I’d rather approach this as “situations to deal with in a positive way”.

I always try to surround myself with positive creative individuals who look at why an idea can succeed rather than why an idea will fail. When positive creative minds link together, it becomes fairly easy to implement said ideas. A cohesive group can move swiftly and efficiently, negativity roadblocks creative processes, and stunts idea growth.

The movement towards solar and wind energy; we have a finite amount of fossil fuels and our dependency on fossil fuels has caused massive environmental damage.

Staying organized; At the end of the day my desk is clean, I enjoy starting the day at a clean workspace and ending it the same way.

Don’t sweat the small stuff! There will always be situations that get thrown at us in life, keep perspective and realize that in 20 or maybe even 10 or 5 years, none of that “stuff” will matter.

I really cannot think of anything that nobody agrees with me on, but there are many that do not agree with me on the severity of climate change, and that we truly are facing the extinction of our species.

Always try to help others around you succeed first and foremost, then your success will be a natural byproduct.

I believe as a business owner you are only as good as your employees and associates, hence I always try to show appreciation for everyone I’m involved with.

Rushing into a business without conducting enough due diligence. Patience, I have found is key when looking at a new business.

It involves recycling, there is a tremendous source of raw materials that people readily discard that can be used for renewable resources. Styrofoam comes to mind, there are very few Styrofoam recycling centers available and Styrofoam is a headache for many big-box retailers and electronics centers.

A company called Supernatural who supplies household glass spray bottles that you fill with water and their glass vile tincture. When you run out of spray glass cleaner, you just re-order the tincture, takes away the need for using throw-away single-use plastic cleaning materials.

Google docs; when collaborating on a document or a project, utilizing Google docs allows for quick and easy sharing.

No One is Too Small to Make a Difference, by climate activist Greta Thunberg….If we do not, as a race, take action against climate change, then the results will be irreversible and disastrous.

If You Can Be One Thing In This Life, the Be Kind.