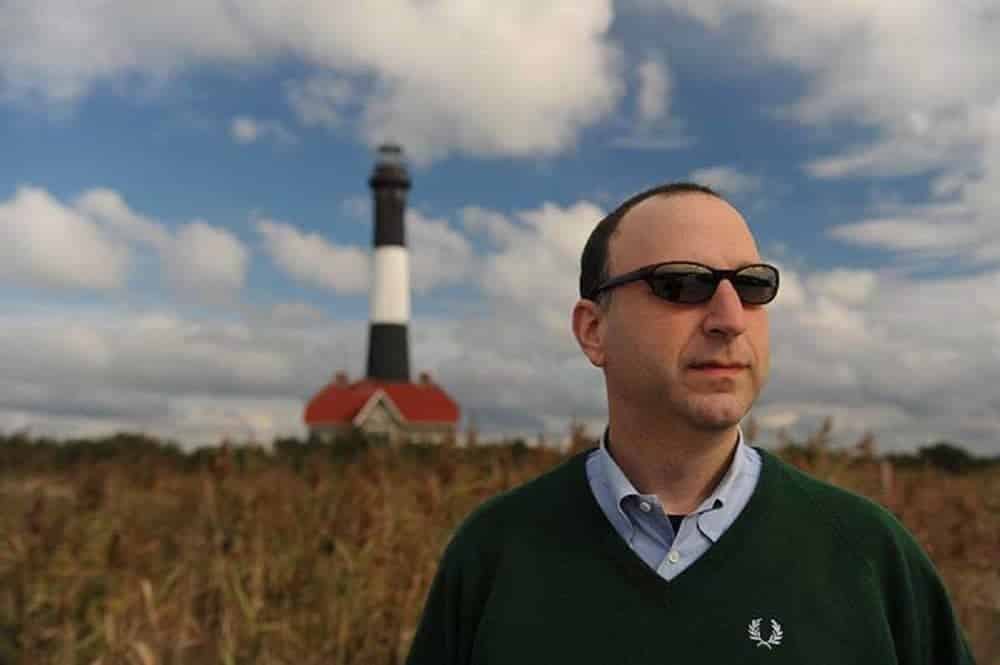 Pay attention to great ideas, no matter if the person saying them is 80 or 18.

Ken Kurson is the founder of the cryptocurrency publication ModernConsensus.com and the political site NewJerseyGlobe.com, whose founding was covered in Politico. In 2016, Kurson was welcomed to the board of directors of Ripple, the San Francisco-based blockchain company whose XRP token is the third largest cryptocurrency.

Ken Kurson was named editor in chief of the New York Observer in 2013 and served until 2017. The newspaper’s Publisher, Jared Kushner, told the New York Times, “Ken knows the ideas, stories and voices that make up New York better than anyone. He is a journalist and an author and through his years as a consultant observed the figures who create the framework of business, politics, media, tech, culture and real estate in our city.”

Over the course of Kurson’s leadership, the Observer became a digitally focused, national publication, growing from 1.1 million monthly unique users doing 3 million page views to 6 million unique users doing 20 million page views (source: Google Analytics) and from the 3,698th biggest site in America to the 275th (source: Quantcast). Kurson was named 2014’s Journalist of the Year by Algemeiner magazine and earned the Scott Turen Champion of Human Spirit Award in 2014. Ken Kurson is also the founder of Green Magazine and greenmagazine.com and was a columnist and contributor to Esquire magazine, where his Green column covered finance, for almost 20 years. Ken is the author of several books, including the New York Times No. 1 bestseller Leadership, co-written with Mayor Rudy Giuliani.

At the Observer, Kurson personally broke dozens of stories, including unearthing audio of Hillary Clinton proposing to rig Palestine Elections, a campaign by Samsung to undermine activist investor Elliott Management that resulted in Congressional inquiry and a change in Samsung policy, and the revelation that a boy investor who had supposedly earned $72 million made up the entire story. In his capacity as editor in chief, Kurson has appeared on television and radio hundreds of times, in many countries.

Where did the idea for modernconsensus.com come from?

I’ve been fascinated by money since I was a kid. Not about amassing stacks of cash and making a couch out of them like Richie Rich, but about how money worked. For me, it represented the most perfect kind of freedom. My favorite journalist, the late great Mike Royko, used to talk about having a little f you money to know you’d made it.
But crypto currency takes the idea of money into its purest theoretical ideal. What is value? Who decides that value? When I first heard about bitcoin and ripple, I was captivated. My goal for modernconsensus was to share my curiosity about cryptocurrency and to give readers a chance to discover a potential source of f you money.

I read as many news sources as possible. I like to read a wide range of information from all over the world. I check in with sources, I talk to my staff to hear about what they’re working on. Most of all, I write every day. Good writing atrophies when you stop writing.

Even though what we’re writing about is currency that exists only online, I remind myself that currency – money – is the force that controls people’s lives. My dad was a traveling salesman and found a way to talk to everyone he crossed paths with, from his clients to his waitress. He told them stories and listened to their stories. I try very hard to do the same, and remember that the stories I’m telling have a real impact on how people can live their lives with financial security.

I’m incredibly excited about blockchain being deployed in use cases beyond money. Last week a very smart young man came to my office and made a persuasive case for using blockchain to track songwriter royalties and other intellectual property.

I relentlessly, obsessively, always, save phone numbers and emails. I save the contact information of everyone I meet. As I have ideas, get excited, or get interested in something, I usually have a card for someone in that world.

Think a second time before you say something off the cuff. Act as if your high school principal is listening.

Trump will win a second term.

Return calls. Pay attention to great ideas, no matter if the person saying them is 80 or 18.

I’ve nurtured many young writers by encouraging them to pursue their instincts. I don’t micromanage. I try to find people who have great ideas, and allow them to flourish.

Years ago I devoured Brian Wilson’s autobiography, Wouldn’t It Be Nice? He had ideas for tons of businesses, including a 24 hour health food store. I’d love to cook up ideas like that. A dream business would probably be a sports betting venture.

Always: noise-blocking headphones. I will try every kind and I usually do.

I always loved the mortgage calculators on Bankrate. I absolutely love following trending stories on Facebook and Twitter to map how many times they’ve been shared.

So many come to mind. “A Random Walk Down Wall Street“by Burton Malkiel. “Irrational Exuberance” by Robert Shiller. “Liar’s Poker” by Michael Lewis. The classics, basically. Learn how money works before you start investing in bitcoin.

The phrase “hemorrhaging money” from the brilliant Bonfire of the Vanities by Tom Wolfe. Sherman McCoy can barely exist on a million a year.

• Know how investing works before you dive into cryptocurrency