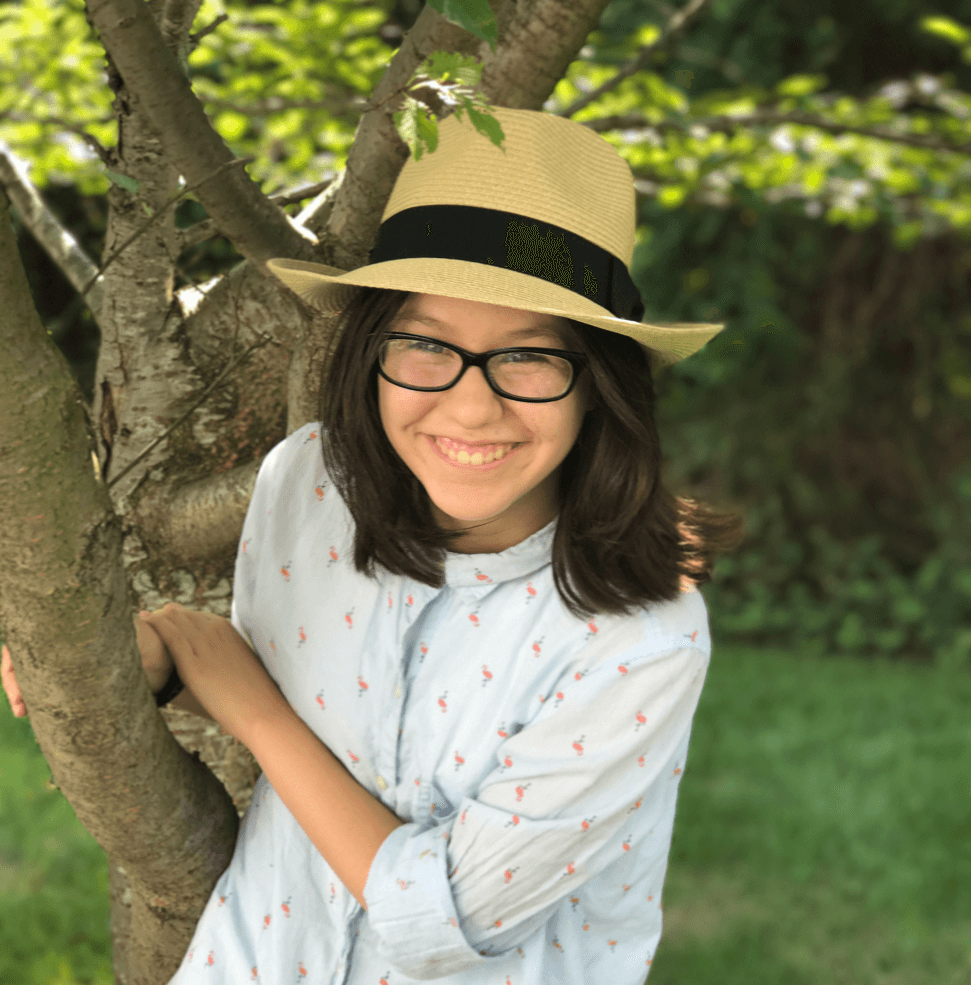 You are valuable. Everyone is.

A wearer of many hats both literally and figuratively, Kiara Brown lives outside D.C where she attends public high school, maintains a Vietnamese herb garden, and writes and illustrates for her company Krown Picture Books. Her first book Princess Pretend and the Not Knight has taken her on an “epic quest” that has involved learning to draw, case studies on the letter A and everything in between. She hopes this journey will help tell a story about two brave girls that is both unique and relatable for every reader.

Where did the idea for Krown Picture Books come from?

The idea for Krown Picture Books came from a story idea I had which would eventually turn into my first book Princess Pretend and The Not Knight. I found that there were a lot of fairytales and tropes that were outdated for a new generation of kids and I wanted to take those and turn them into something new. I chose the name Krown by combining my first and last name (Kiara Brown) into something present in most fairy tales, with a twist.

I am in highschool so I have to fit my business into that schedule, so when I do book readings at elementary schools I plan them in the morning before school. I like to have a quick response time with my email so a lot of the time I’m responding during lunch or between classes. After school, I do homework and company stuff like taking phone calls and planning events.

I’m really big on writing things down. I keep a notebook with me at all times, whether in my pocket or on my phone or beside my bed, so I can keep track of all the ideas I have. I never throw them away so they’re always there for when I need them. When it comes to bringing them to life, I think it’s really important to be original and bring your own perspective or style to the table because no one else can do that like you can.

This isn’t really the newest thing, but there’s a lot more power and support going around now for women and other marginalized groups. I think it’s great to create an environment like that where everyone and their ideas are respected.

I’m always looking for opportunities to get things done, whether that be on a long road trip or in the couple minutes I have between classes, I try to use that time wisely.

You are valuable. Everyone is. When I was younger I was pretty self-confident, but I never felt like I could really share my opinions or stick up for myself because I didn’t want to be rude and I felt what I was going to say wouldn’t really matter till I was an adult or had accomplished something, but that’s not true. Your opinions are valuable right now, as is.

You should never call yourself lazy or unimportant. That’s the easiest way to lose your power to do anything.

Don’t be afraid to get rejected. A lot of the times when I go to send an email (for example to a news channel about doing an interview or another business about doing a joint event etc.) I feel kind of underqualified, like I shouldn’t be asking anyone for anything. But then I remind myself if you never ask or try, it will never happen. You can’t hold back just because you’re scared the answer will be “no”. There’s a great TED talk about it from Jia Jiang.

I think it’s important to make connections with people. I am always contacting people and I try to be friendly with all of them and help them out with what they need as well. I like to keep them in mind for things down the road that could benefit them. I think that helps the business extend not just in size but in community.

I had a giant list of things to do for when my first book, Princess Pretend and The Not Knight, came out. But I made the mistake of not really starting any of them until just before the books arrived, so it didn’t get promoted as much as I would have hoped. Ever since then, I’ve been hustling to make up lost time and promote the book as much as possible.

I wear glasses and whenever I’m in the sun, the light gets super magnified and I’m always squinting, but you can’t get prescription sunglasses on the go. So I had an idea for these kind of temporary, paint on sunglasses that you would brush right onto your glasses and then throw away afterwards and they would be sold at amusement parks and the like. If anyone wants to do this, contact me! I would love to see this.

It’s not $100 but I paid for the shipping of my book to the Caldecott and Newbery awards. The chances of winning or getting honors are so low, but just having a chance, even the smallest one, gave me a sense of hope. I can’t describe it.

Hands down, Adobe Creative Cloud. That encompasses a lot of software, so more specifically Photoshop, Illustrator and Indesign. I use them basically everyday to create everything from social media posts to illustrations for books/stories.

When I was in 7th grade my teacher had this book on the shelf near my desk and I would always sneak-read it when she wasn’t looking. It’s called “Life’s Little Instruction” Book by H. Jackson Brown, Jr. and it has lots of little pieces of advice. Some of them are a little old-fashioned or outdated, but a lot of them still apply.

Hard to say, there are so many. However, I’m partial to ”The greatest oak was once a little nut that held it’s ground”.