Co-Founder and Director of Partnerships at minisocial.io 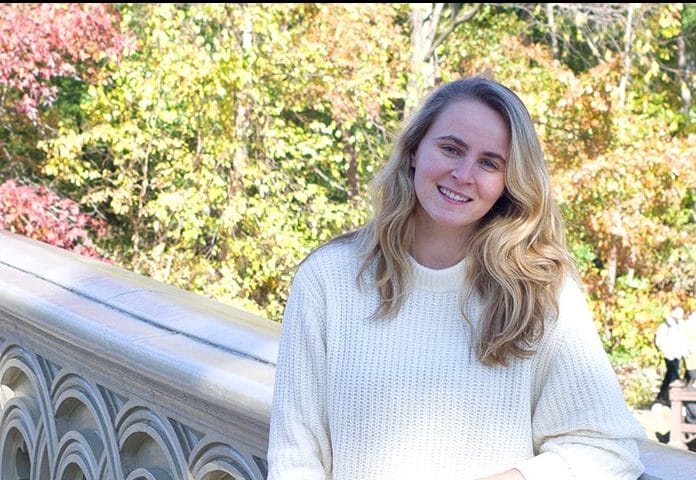 Kirsten is the co-founder and director of partnerships at minisocial.io, a UGC (User Generated Content) agency disrupting the way brands view (and get value from) influencer campaigns. minisocial.io’s clients include DoorDash, Merck, Native, Bespoke Post, Alala and NomNomNow.

Kirsten relocated to New York from Columbus, Ohio in 2016 when she was offered a contract from a top modeling agency. Growing up in a family of entrepreneurs she was encouraged from a very young age to take the road less traveled and build something for herself. MGMT Creative Inc. was born in the fall of 2017 as a social media and content marketing agency, it’s flagship offering quickly became their hand-picked micro influencer activations which would launch as a standalone service, minisocial.io, on January 1st, 2019. minisocial.io offers fully-managed micro influencer campaigns which its clients use as a way to both reap the traditional benefits of influencer activations in terms of engagement and reach while also populating a library of fully-licensed custom content featuring their product. By viewing its activations as a content pipeline as much as an amplification tool, minisocial.io is reshaping content strategies for some of the world’s largest direct-to-consumer brands.

Where did the idea for minisocial.io come from?

minisocial.io was actually born from a personal need. minisocial.io’s parent company, MGMT Creative Inc, operated as a social media and content marketing agency and relied on the tools that minisocial.io now offers our clients today — specifically, our flagship offering of hand-picked micro influencer activations; giving brands the ability to leverage user generated content anywhere they wanted. We officially launched as minisocial.io in January 2019.

I love starting my day with some sort of networking, whether it’s a chat over coffee or even something as simple as responding to a DM, I get energy from meeting people and learning from them. From there I’ll head back into the office and get started on responding to emails and setting up meetings/projects. I’ve started working time blocking into my days and I’ve been enjoying it so far, especially with all the emails that come in on a daily basis. After the day is done I’ll head back home, make dinner, sometimes I’ll even hit the gym and then typically I’ll throw something on the TV in the background and then open my computer again and work on the more fun aspects of business like interviews, social media, networking, and journaling my ideas.

Action is the only thing that can make your idea a reality. Once I realize I’m onto something, I figure out the first step I need to take and do it. It sounds simple but sometimes taking the first step is the hardest.

One thing I’m seeing advertisers lean into generally is the use of UGC in all forms of advertising (social ads, television, print etc.) as an agency that knows the power of UGC and facilitates the production of it, I am obviously excited to see more and more people leaning into its power!

I write everything down—my thoughts, goals, business ideas, basically anything that pops in my head. It’s been an incredibly helpful tool because if I have a random thought during a conference call, or at midnight I’ll jot it down in my notebook so that it can live somewhere else besides my brain. This way I can refer back to it and keep that thought flowing. Entrepreneurship relies a lot on creativity, so it’s important to cultivate it.

Don’t be afraid to take the leap sooner. It’s something I feel a lot of young entrepreneurs struggle with. It can be scary to start something or reach out to that potential client but it’s better to try than to never jump at all.

There are multiple ways up the mountain— I believe success can be achieved in more ways than one, and doesn’t have to come from taking the traditional route. I believe sweat equity/learning from doing is just as valuable (if not more) than sitting in a classroom.

Networking has been a huge part of my success. Meeting new people and hearing their take on your product helps you learn new perspectives that you may have been unintentionally blind too. I leave conversations with a new found excitement about what I’m working on and I think it’s a great way to combat burnout as well. Besides that extra jolt of energy, it’s also been very helpful for generating new clients and partners.

I had a good friend and fellow founder once tell me that you shouldn’t hire someone until it hurts not to. At the beginning we were incredibly excited about bringing on talent and growing out a team that we may have jumped in a little too early, it was tough for a month or two but luckily we live to tell the tale.

There is a lot of opportunities to build a business around social, grow a following by pushing out quality content, consistently, on a topic your passionate about and then turn it into something you can monetize (a blog, a product, etc.), it’s even something that would be a great side hustle!

Adidas Ultra Boosts, a recurring $100 expense of mine as I have purchased a few pairs. They are THE most comfortable shoes and when you live in a walkable city like New York, it’s a must to have a pair of comfortable shoes that you can wear with pretty much anything.

We use monday.com, It’s incredible for keeping sales/partnerships prospects organized and keeping projects on task in a timeline manner.

I’m currently reading “Hacking Growth: How Today’s Fastest-Growing Companies Drive Breakout Success.” It talks a lot about the success of Dropbox, Paypal, and LinkedIn and you’ll learn techniques on how to achieve huge growth for your company.

“The difference between successful people and others is how long they spend time feeling sorry for themselves.” — Barbara Corcoran I love this quote from Barbera Corcoran, because in the times I have failed, or a situation hasn’t gone as planned I often find that when I take it on the chin and move on to the solution or in a different direction, is when I find success hidden around the corner. You can’t just sit around and hope it works itself out.