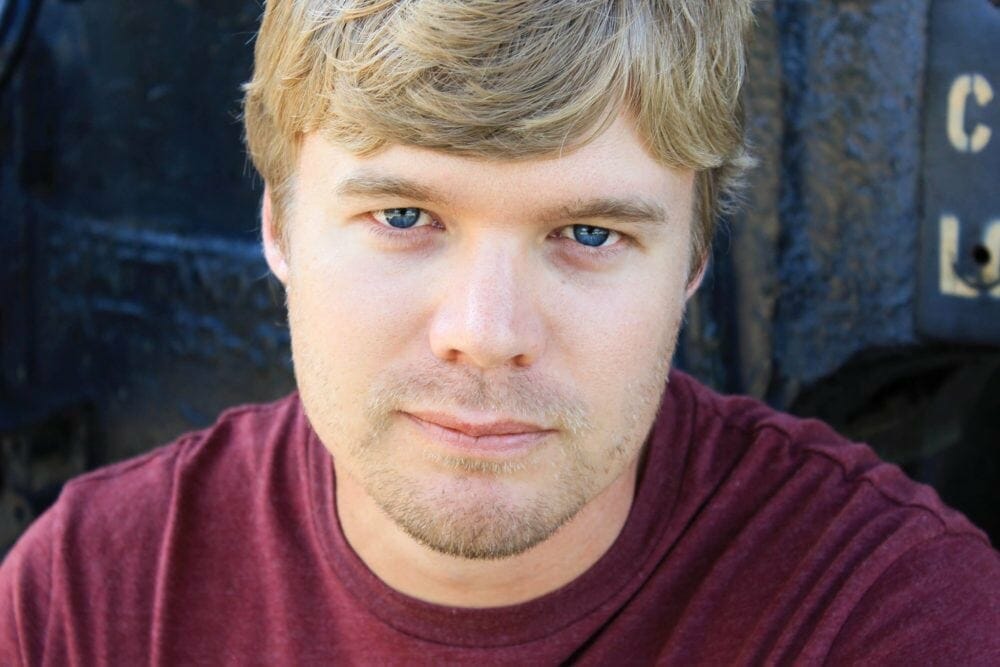 Don’t over-complicate things. Sometimes you just have to start and deal with tweaking and perfecting later in the process. If you are waiting on something to be completely perfect, you likely won’t ever get there.

Lee Wilson is a businessman, success coach, and best-selling author. He is one of the most experienced Internet marketers in the world today. As an extreme veteran in this field, Lee started doing search engine optimization (SEO) and internet marketing as a teenager in 1995, which was before Google or Yahoo even existed!

He has helped clients obtain guest appearances on television shows such as Good Morning America, The Montel Williams Show, Fox Business, MSNBC, The Today Show, and others including radio and columns. Lee consults, trains, and provides services in Internet marketing.

His professional Internet marketing background has helped him promote his websites, businesses, and books. He is owner and CEO of Ace Local SEO and Internet Marketing as well as owning and heading Net Traffic Academy along with MyExBackCoach.com. Lee provides Internet marketing services and consulting for his service clients and provides coaching and training for people who want to learn.

Outside of Internet marketing, Lee is a dating and breakup coach. He helps people get their ex back after a breakup and to have a strong relationship so that breakups don’t happen. To do this he relies on his 18 years of experience in working with one of the world’s leading Ph.D. scholars on human attraction and relationship dynamics. His relationship and breakup resources may be found at MyExBackCoach.com.

Where did the idea for MyExBackCoach.com come from?

Most people are surprised to learn that my first job in Internet marketing was for an organization that works with marriages in crisis. These marriages are on the precipice of divorce and the couples go to one of their workshops, often as a last-ditch effort. I did Internet marketing to pay the bills while being mentored by the founder of that organization.

That was eighteen years ago and while I still do Internet marketing, I also provide coaching in that area as well as for relationship problems in dating. In that niche, I specialize in helping people get their ex back after a breakup. It’s certainly a unique service but is also extremely fulfilling.

My day consists of managing Internet marketing/SEO campaigns for my clients while also keeping a calendar of coaching calls for both business and relationship coaching. It can be a challenge, but thankfully I have a good calendar system and people who help keep me on task.

It’s great we live in a world where I can have people on my team who do certain aspects of my SEO formula that, if I had to do myself, would mean I’d get a lot less done for my clients and wouldn’t have the time needed to provide relationship coaching.

I take a lot of notes on my phone. When an idea hits me, I take a note on my phone and make sure that I go through my list of note titles each week. I decide the impact potential of the idea along with the time and financial expense it would take to complete it and go from there. If an idea really inspires me, like an idea for an article, I will begin almost immediately.

The idea that work can be done from anywhere and that we don’t all need or have to go to a certain place. I wouldn’t call that a new idea, but it certainly seems to have come into the mainstream. I hear of more companies all the time who have learned not to be tied to a traditional business set up just because that’s how they’ve always done it. When you don’t require the people who works with you to be local and come to your office every day, a lot more people become available and that means that you can upgrade your talent.

I double check things. Sometimes triple check. I like to be sure and that results in a better product, be it an article, email, or a product that I sell.

Build websites to very specific audiences instead of trying to make one that is to a general, one-size-fits-all audience.

You might have to get a job when you are starting out.

Most people don’t have things handed to them. If you want to start a business, most people think that they shouldn’t have to flip burgers or stock shelves to pay their bills, but in reality, unless you want your bills to go unpaid, you just might have to. You also need the cash to invest in your new business. So while working on your own business and developing some passive income is extremely important, in the real world, you might have to take a side job for a time.

I don’t put all of my eggs in one basket. I’m doing a few things that I do well. Unlike a solider ant, I can do more than one thing well. That doesn’t mean that I spread myself thin, but this way I don’t rely completely on one product or service. And when I can tie them together, as I do with coaching others to do what I do, all the better.

Don’t over-complicate things. Sometimes you just have to start and deal with tweaking and perfecting later in the process. You can even leverage clients for it. If you are waiting on something to be completely perfect, you likely won’t ever get there.
Apple is a great example of this. They launch products while still working out the bugs. It happens. But they use the revenue to make their products better and people understand that iPhones are a constant work in progress. That doesn’t mean that we don’t get great use and enjoyment from them. And Apple moves forward with income.

Starting a business with close friends. It’s not that it can’t be done, but we were naïve to think that it wouldn’t affect our personal relationships. It did harm. Now I know that it’s not something I’m likely to do again without extremely carefully thought out expectations and rules.

A mail sorting service for people that eliminates junk mail and mail you don’t want. Like a spam box for real life! If you do this, hire me as a consultant!

Sagenda is a calendar plugin for WordPress. Works well and is easy to use. People can schedule coaching calls with me.

“The Art of War“. It gets you thinking ahead and within. It helps you think strategically for the future.

“I never dreamed about success, I worked for it.” Estee Lauder

• Use different skill sets to bring in other revenue streams.
• Focus on the practical and not how you think things “should” be.
• Practice writing because it is useful no matter what product or service you have.