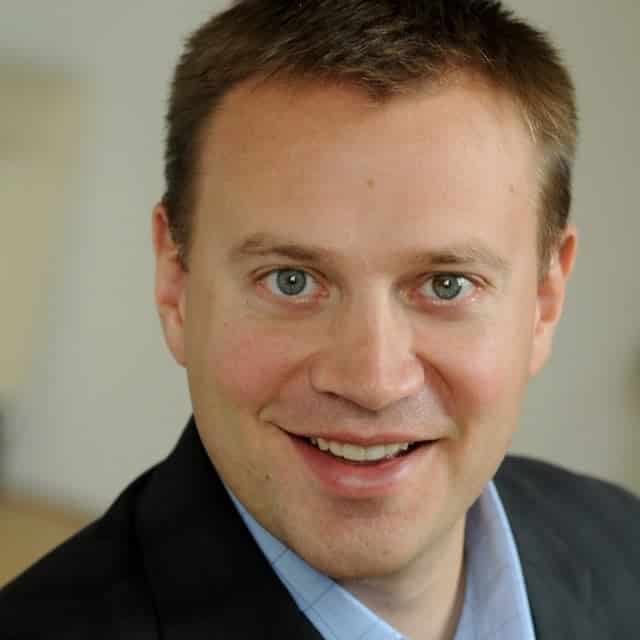 [quote style=”boxed”]Stay focused on what success means to you. Too often, the day-to-day distractions get in the way. Don’t let what you think other people’s expectations are of you trump your expectations of yourself.[/quote]

Lief C. Larson has been a pioneer in media and Internet technology and has a proven track record in product research, development, company creation, and operational management. Larson acquired his education in business administration and media communications from the University of Wisconsin and the University of Minnesota. Larson is a software and human factor engineer with over fifteen years of experience in human-machine dynamics, including eight years in self-service kiosk systems and 12 years in web-based applications. He has been working in web-based marketing and social media sciences since 2001.

Lief founded and grew KIOSK Inc. into one of the world’s largest providers of interactive self-service terminal solutions, and subsequently navigated the business to a successful sale. Lief is passionate about the use of social media in commercial applications. He has presented at dozens of events on the topic of social media, software as a service, and chat and communication technologies. In addition, Lief is a frequent speaker on entrepreneurship and has been a mentor to more than 200 entrepreneurs during the last decade, through programs at the Carlson School of Management, TiE Global, Project Skyway, and the Holmes Center for Entrepreneurship.

Besides acting as a technology adviser to numerous companies, including IBM, Hilton, Target, and Daimler Chrysler, Mr. Larson has been a career entrepreneur. He has founded and grown several successful companies, and has participated in more than one dozen start-ups where he has either led or participated in the company formation through its growth stage. Lief currently serves as the CEO of Workface Inc., a Minneapolis-based software company providing enterprise-class sales interaction tools for the web.

I’m developing a platform that is designed to help make Internet commerce more human by helping the sales force interact with web-based customer in real-time.

Where did the idea for Workface come from?

The idea came from witnessing (and personally experiencing) what a painful process it is for new customers to get in contact with the right person at the company from which they would like to buy. Most companies herd customers like cattle into “contact us” form fields or call centers. Workface was the extension of a belief that customers expect richer, more humanized engagement with companies. Most of our clients believe in what we believe in. They want to enable their sales and support teams to make instant and meaningful contact with their customers online.

I wake up at 5:00 a.m., drink coffee and eat bacon. Then I do my first round of emails. Next I’m usually on the phone with customers or working on operational issues. I rarely eat lunch. In the afternoon I’m doing more emails. I make it a point to talk with as many people at our company as I can before 5:00 p.m. each day. I usually cut out at about 5:30 and go have dinner with my incredible wife. Then it’s more emails. I try to run 3-7 miles at least four times per week. Then it’s more emails in the evening. I usually wrap up my day between 11:00 p.m. and 1:00 a.m. the next morning. I very rarely sleep more than five hours per night. In between all the aforementioned things, I try to smile and laugh often.

I recognize problems that have yet to be solved or that I believe are in need of a more elegant solution. Ideas are a dime a dozen, and everyone has them. Once I have determined that an idea is a worthwhile exercise of my time, I don’t stop until I bring it to fruition. The process of bringing that idea to life (ideation) involves trying to get a proposed solution in front of other people as quickly and cheaply as possible, and then soliciting feedback. I learned that lesson the hard way. When I was younger, I would throw everything at an idea without fully understanding whether it had legs or not. Now I tend to spend more time with solution validation.

I’m excited by the general state of discontent I see running rampant across my peers at all levels of the economy. Almost every day I talk with at least one person who hates his or her career. This world is ready for a shake-up, and eventually people will break down, decide they’ve had enough, and then make conscious decisions to spend their time on things they care about. That’s where new waves of innovation come from, in my humble opinion. It’s great to have a court-side seat to these awakening/burgeoning entrepreneurs and visionaries.

I worked at a fast food restaurant before chicken came in pre-formed and chunked bags destined for a vat of oil. We received chickens in the restaurant, and it was my job to separate the chicken parts and hand wash them out. Surprisingly, that isn’t why it was the worst job. Rather, it was because the health code required that all unsold food be thrown away. On any given day we might have thrown away more than 100 lbs. of perfectly edible food. That is when I first recognized my disdain for governmental regulation. There was a food shelf less than two miles away from the restaurant, and I was throwing away food that was entirely fit for consumption, all because the government said it needed to be thrown away.

Nothing. I’ve used my heart and mind to guide every decision I’ve made. I’ve not compromised my principles, nor taken questionable shortcuts. I have made mistakes almost every day, but those have been the source of most of my education.

Stay focused on what success means to you. Too often, the day-to-day distractions get in the way. Don’t let what you think other people’s expectations are of you trump your expectations of yourself.

Like many entrepreneurs, I was responsible for a number of different roles in the business. The problem was that I was trying to keep up with all of them, but wasn’t being effective. It became a problem because I wasn’t seeing any positive movement with the business. I overcame the problem by asking for help from others.

I would put the U.S. dollar back on the gold standard. If usdebtclock.org doesn’t scare the bejeebers out you, I don’t know what will.

The Speed of Trust by Stephen M.R. Covey. It’s hard for businesses to compete on price, because we all use the same supply chains. It’s hard for your business to be unique, because anything can get knocked-off in a weekend. The last two areas of true competitive differentiation are: 1) How much the customer trusts you, and 2) The total customer experience you give.

About an hour ago. I was laughing at myself because my headphones weren’t working–until I realized it helps if I plug them in.

My grandfather. He served overseas during WWII and eventually ranked as a lieutenant colonel before retiring from the military. He built his house with his own two hands. He started recycling about 20 years before there were recycling programs. He grew his own vegetables in his garden. He raised three incredible children. He contributed to fully supported my wild curiosity. Though he just passed away at age 94, I think I’d have to live to be 400 years old to accomplish all the things he did in those 94 years. He had incredible integrity and represented everything great about the United States of America.