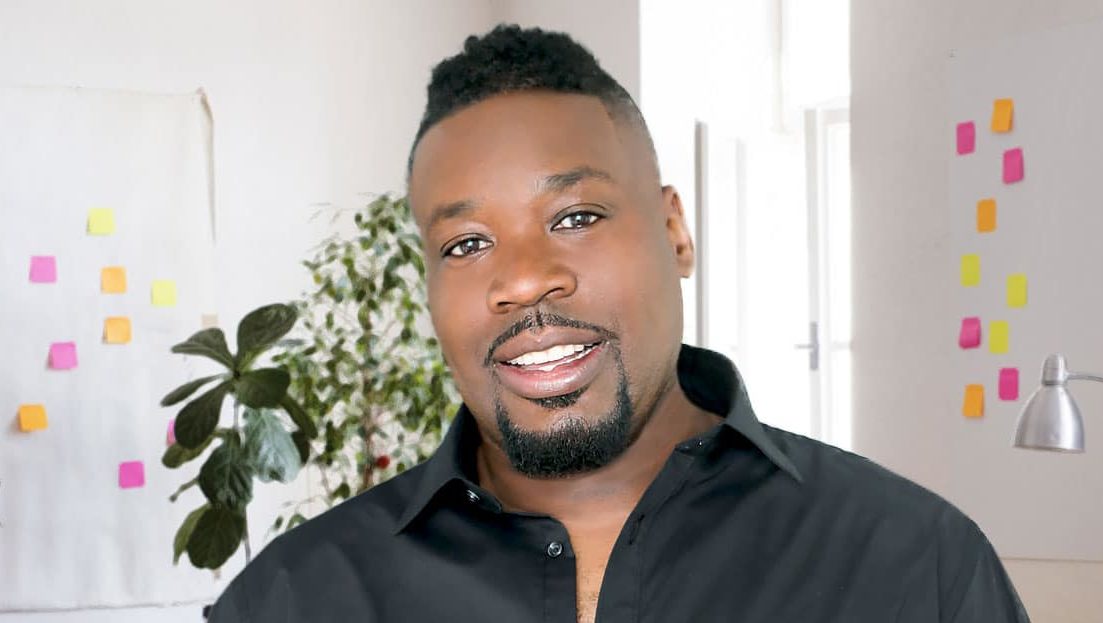 Learn when to execute an idea and when to incubate it till maturity.

With over 20 years of experience in the music industry, Founder, CEO and Global Chairman of GUION PARTNERS, Lindsay Guion brings a unique understanding of music and technology. This management consulting firm works with high profile clients in the areas of technology, media, entertainment and sports. Having studied at both Georgetown and Harvard, Lindsay Guion believes in staying current with technology as it relates to the entertainment industry. He brings the problem-solving skills, focus, and confidence that’s required for clients to make the best possible decisions.

Lindsay Guion has worked with several well-known artists and producers over the years. People like Rich Harrison, producer for Beyoncé and Destiny’s Child, and artists like D’Angelo, Ginuwine and Mya, among others.

Lindsay has worked on movies and soundtracks in addition to working with artists. His first project was the movie Posse, in 1993, with artists like the Neville Brothers and Tone Loc. His second one was the HBO movie Bessie, in 2015, with Queen Latifah as legendary blues singer Bessie Smith. Lindsay Guion is currently in the releasing stage for a soundtrack and film called Therapy.

Lindsay Guion was raised in a middle-class family. His father not only served in the military, but he was also placed in the airborne division and served his country with honor. His mother on the other hand, was a proud homemaker as well as cook. Looking back at his childhood, Lindsay Guion is proud to have been nurtured by such loving parents who raised their children so well.

My parents were fierce and passionate fans of entertainment and sports, and it was only natural that I also followed a similar path. However, with the growth of technology, I realized that the majority of the people in the sports and entertainment industry did not have the right tools to market their brand or increase the visibility of their brand. In our current society, technology has reached different heights as compared to the 70s and 80s where the people in entertainment or sports industries would sorely rely on magazines of television interviews to market their brand. Currently, social media can be integrated into entertainment and sports, and produce better results due to the high following that they can potentially generate. In essence, I identified a gap in marketing where marketers were not fully utilizing social media to manage the brand of artists and athletes.

Since most of my events revolve around brand management, my typical day starts with following the news feed from social media platforms such as Twitter, Facebook or Instagram for about one hour after waking up. From these platforms, I then try to understand the underlying issue in society and determine modern techniques for my clients. From there, I get to the office, hold brief meetings with my employees and then embark on brainstorming trendy ideas for my organization.

When I am not working, I prefer taking a meditation session. Although the ideas do not often flow as one may want, meditation sessions help one to capture an idea and stretch it, hence making it easier to conceptualize. Majority of the creative people go wrong because they procrastinate the idea. But I prefer living in the moment so that I have sufficient time to understand the concept. Once I have a firm grasp of the concept, I discuss the idea with my close friends to determine the validity and viability.

Bitcoin is one of the trends that have attracted my interest. Although the share value has fallen in the market, the idea of having a decentralized network or a blockchain is visionary. In the years to come, people will adapt to cryptocurrency as a mode of exchange.

Exercising, eating healthy, and resting helps me remain productive. As a human, our bodies are subject to wear and tear. Therefore, it is essential that we build a mechanism to sustain our bodies. Furthermore, regular exercises regulate the circulation of blood in the body, which is quintessential when coming up with new ideas.

Given a chance to meet younger Lindsay Guion, I would tell him to trust in his instincts and analyses the circumstances. As a young man, I was impulsive, and the majority of the planning did not go as expected due to rushing towards decision making. Furthermore, at times self-doubt kept me at bay towards reaching my targets. If I were to meet my younger self, I’d tell him to focus and improve on these areas.

Truth: a college degree is vital for future success. Currently, the majority of the people have been swayed by the need for instant success. However, a college degree is more than a paper; the years spent in college provide individuals with a backbone synthesis of the environment and develop the right moral frame to understand various situations in life.

As an entrepreneur, I like developing multiple scenarios, which lead to different outcomes. The in-depth analysis helps me pick the best alternative before making a decision that I won’t regret. For example, before settling for a choice, I try to come up with at least ten different scenarios. The analysis tools allow me to remain on my toes and avoid being caught pants down in my endeavours.

Creating a conducive work environment played a significant role in the growth of the organization. Most of the organizations focus on the client’s needs and forget the needs of their employees. I believe that a happy employee is more likely to deliver quality results. Therefore, a heightened performance on my employee’s part also leads to a happy client. For example, I have created an environment where my employees are free to tell me anything, including their problems. By harnessing their trust, it becomes easier for them to function optimally, knowing they have a person to shoulder their problems. The strategy was also used by Sir Alex Ferguson, one of the most successful sports managers.

Poaching of ideas is one of the faults I have come to terms. While growing, I noticed some entrepreneurs tend to take the business meeting as a way of poaching ideas from their mentors or employees. From my experience, I learned the value of incubating ideas until they are ready for implementation.

Currently, I would advise readers to invest in blockchain technology. Although other elements such as Bitcoin are yet to reach their potential, I believe that in the coming future, blockchain will be a revelation. In just a few more years, people will no longer rely on third parties for their transactions considering how fast technology is evolving. Blockchain provides a realistic solution.

Paying for my first yoga class is the best thing I did with $100. Despite the uncomfortable posse, the classes help in creating peace of mind.

Adobe creative cloud is one of the tools that help me remain productive. In the current business world, entrepreneurs need to have tools that help them manage digital art. I appreciate the tool due to the flexibility it offers the user, be it publishing ideas on social media or making a presentation, you can always rely on Adobe.

Lean in by Sheryl Sandburg. The book is important because it covers the emotional shackles of self-doubt that prevent one from tapping their potential. Sometimes we suffer from the fraud effect where one feels inadequate. The book covers the topic widely and provides the reader with ample motivation.

“Happiness is not an ideal of reason, but imagination.” by Immanuel Kant

● Treat yourself and employees well and you will get the best out of them
● One must learn on when to execute an idea and when to incubate it till maturity
● I prefer living in the moment so that I have sufficient time to understand the concept, from there I discuss the idea with my close friends to determine the validity.