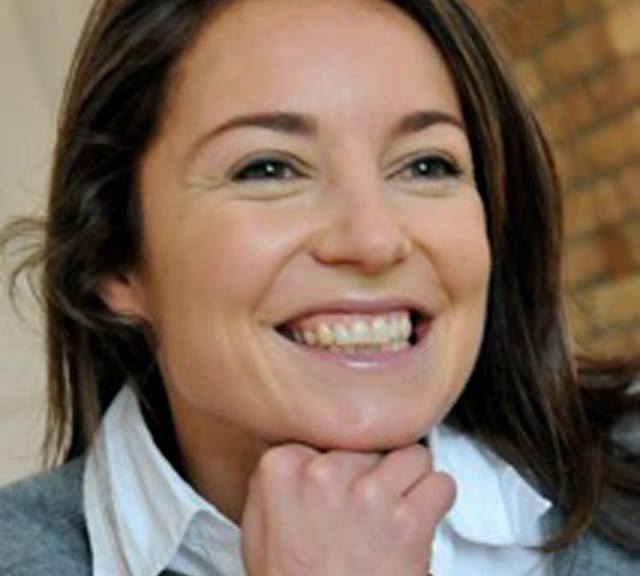 [quote style=”boxed”]Be yourself, follow your heart and fight for what you believe in – the most likely people won’t help you when you need it but there will be others just around the corner who will.[/quote]

Louise graduated from Manchester University in 1995 with a BA Hons in German studies and started her career as a work experience student at National Magazine House. She went on to take her first steps into the PR industry, working across a range of large and small agencies. She then moved into an in-house PR manager role at Fox Kids Europe, which led her to become Head of PR and develop a passion for the kids and parents industries. In 2003 Louise set up Rare Communications with the aim of creating a flexible working environment for when she started her own family and as well as offering flexible jobs for mothers. Rare Communications grew into a recognized kids, parenting and licensing PR agency in the UK representing brands such as Moshi Monsters, BBC, The Society of London Theatre and a host of successful start up businesses. Shortly after the birth of her son, Louise Webster merged the operations of the business with Mischief PR and went on to take a break during her second maternity period. She launched Beyondtheschoolrun Ltd in February 2012.

The development of Beyondtheschoolrun my new social enterprise for parents. It launched March 2012.

Where did the idea for Beyondtheschoolrun come from?

Shortly after I had my second child I was thinking about returning to work (following a year and a half break to focus on being a mother). I needed that first step back into the working world again and was approached by a well-known children’s entertainment brand about some freelance work (an area I had specialized in throughout my career and with my previous business Rare Communications). I was declined the job on the basis I was too experienced. I was aware this was an issue for mothers and it dawned on me this was the start of the doors closing and the challenge of getting back again. So that rainy day Spring 2011, I went for a walk with my daughter and I decided to myself that I would fight to get myself back at a level and in a way that suited me, try and help other mothers at the same time and ultimately ensure that I could look my daughter in the eye one day and say she could do anything in life at the same time as raising a family. And so the journey begun…

With small steps and asking for ideas, opinions and advice from friends.

Crowdsourcing, I think the days of working from one office 9-6 with one business are limited. I believe the working world will become more diverse and by doing so will re-introduce those groups within society who are loosing their voices – parents, 60 plus and also students. I hope the world is moving towards a more sharing place.

I worked for a big PR agency, Cohn and Wolfe when I was starting out in my career. When I first arrived they said you would either sink or swim depending on whether you fit into the company culture. After about 1 year I was made redundant, my manager said I didn’t have the skills for PR – I went on to own a successful PR agency! Although it was such a blow to my confidence I learnt so much from this experience –and went on to ensure I was fair and supportive towards anyone who I managed going forward. I learnt that your actions have a deep impact on young people and its important to help guide them to be themselves and thereby finding their area of expertise.

I would have trusted myself. I remember thinking that you can’t get on in the working world if you are nice and I therefore tried to toughen up. If more people especially women bring their compassion and sensitivity into the work place we will gain so much more, economically and socially.

Be yourself, follow your heart and fight for what you believe in – the most likely people won’t help you when you need it but there will be others just around the corner who will. Stop expecting others to make the changes, true change comes from within so start making them in your own families and then move beyond. And also live in the moment from time to time – the way children do – you can learn a lot that way.

A localized au pair scheme – whereby young girls aged between 15-20 help mothers in their community for the first few weeks of them becoming a mother. I believe this is much needed help for mothers and will help young girls understand what is really involved in having a child (thereby reducing underage pregnancies).

I would change the education system – I think we are creating a culture whereby we are programming our children to fit into a system that will soon be out of date. I think children come into the world brilliant and by allowing them to ‘be’ themselves we will create a greater world.

I am a very transparent person and have never been able to keep secrets. But I am a dreamer – and I dream of one day living with my family somewhere warm where the sun shines (a lot) and my children can play outside most of the year.

Ken Robinson’s The Element is just brilliant. I would also recommend everyone should read Eckhard Tolle, The Power of Now once in their lives.

I love Diane Von Furstenburg’s tweets they are very thoughtful and empowering for women.

With some friends during a weekend away, they were messing around in the swimming pool with their young children and the moment of chaos just grabbed me and I couldn’t stop laughing. Its often the most unlikely moments, simple moments when people aren’t trying to be funny are the funniest.

My son Finlay. He loves Batman and wants to be a superhero when he grows up. Finlay and my daughter Mila have taught me so much about life and myself.

What are your aims for Beyondtheschoolrun.com?

I am working towards creating a portal that includes all the services, opportunities and tools available for parents ready to take their steps beyond being a parent.  I have a great many ideas and hope to put them in place soon.

What does reaching 40 years old this year mean to you?

I used to think my goal was a bigger house etc, but what I’ve come to realize is discovering the true me is what my journey has been to date. I will be celebrating my wonderful husband and two children who I love more than anything in this world and my friends who have laughed, talked and supported me through the first 40 years and keeping my dreams alive.