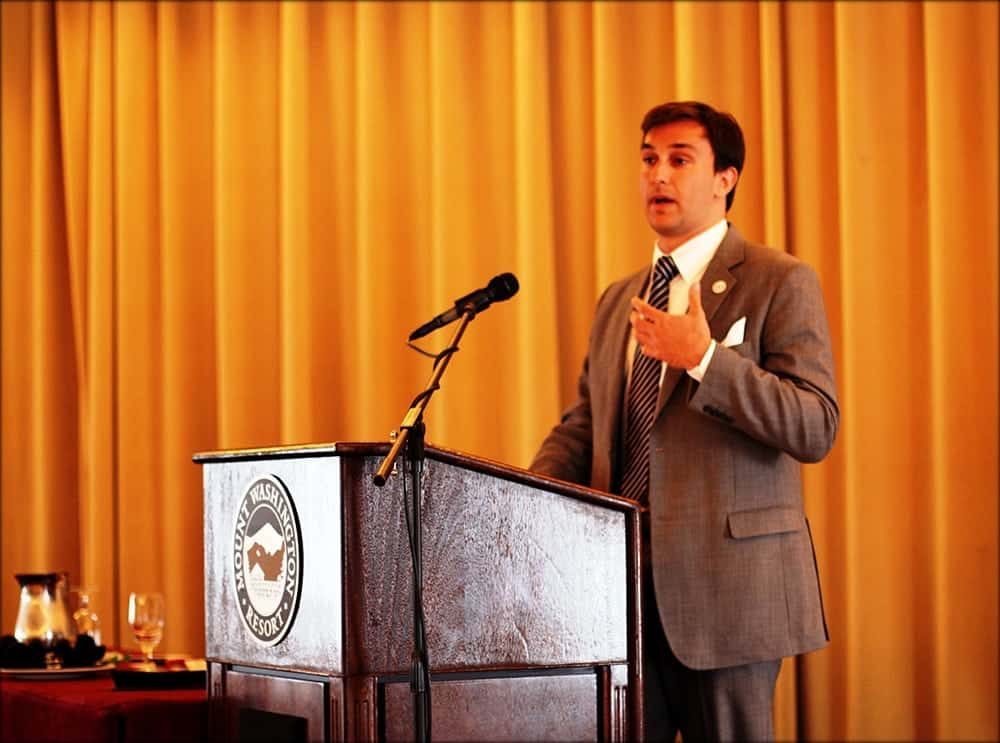 This is going to sound overly simplistic but take the time to step away every so often even if it is a 30 minute walk and you will be pleasantly surprised as to what you can think through or of while being disconnected from work.

Luigi Wewege is the founder of Vivier Group and CEO of its Auckland based financial services arm Vivier & Co. He is also the Managing Director of its sister companies Vivier Investments, Vivier Developments, Vivier Home Loans and Vivier Mortgages.

In addition to Vivier Group he serves as Chairman of Nikau Global an international trade firm based in Auckland and as Director of New Zealand China Development Group and of New Zealand Middle East Development Group. Both companies focussed on promoting a variety of strategic investment opportunities around New Zealand to foreign investors in China and the Middle East. Other current positions include being President of United Kingdom based Global Business Innovations and the Founding Partner of House of Pies, Germany’s first fast food Pie Restaurant & Pie Franchise which will be re-launched in mid-2015.

Where did the idea for Vivier Group come from?

The Global Credit Crunch had relatively little effect on the New Zealand banking sector. In part, this fortunate stability was a result of the health of the country’s financial market and lending sector, which always faced much sterner regulation and control than many other countries during the boom years between 2002 and 2007.

For such reasons, since the 1990s, New Zealand has been the destination of choice for global investors, who have been well rewarded for their faith. Particularly, those from countries such as Japan and China, who flocked to place their household savings in New Zealand, have since received interest rates well above their domestic offerings.

It became apparent to me in late 2013 that many global investors wanted to enjoy the attractive rates offered from New Zealand, without exposing themselves to exchange rate risk and thus the idea for Vivier Group was born.

It always starts with a coffee due to being predominantly a night owl. I am at my most productive when it’s quiet and I can work without interruptions and distractions. To allow the latter to occur I during the day, endeavour to check in with international staff members as they come online via their respective time zones and go over any pressing issues they may have.

Business plans, costing sheets, financial forecasts, etc… etc… people can spend an exceptional amount of time theorizing their ideas further but for me if the idea does not come close to certain indicators from the get go then they are not worth pursuing. Although when they do it’s all about creating a clear strategy and bringing in the right team members in order to execute.

For me it has to be the onset of digital banking firms and I find it fascinating how it’s forced larger retails banks to increase their pace of digital adoption. As established banks cannot stop client attrition to agile start-ups and niche players, these banks are now beginning to think more like disruptors, obsessing about consumer experience and using digital technology to avoid being totally outflanked by new entrants or established competitors.

I ask for input from others to help me reach the best decisions, and entrepreneurship is all about taking calculated risks and you will always create better strategies if more facts and information go into the decision-making process.

Working in the public sector I found absolutely stifling and bureaucratic. The conventional methods of working and enormous dependence on non-technological methods, created a work force who were hesitant to deviate and make even the slightest of changes. I learnt that that the biggest reason for this was the fear of failure and if you review any successful start-up they tolerate failure as part of learning, and growing change capability

I would have brought our services to market faster and the delay was due to myself and the team spending a good part of the first year obsessing over every detail in order to be perfect to launch.

This is going to sound overly simplistic but take the time to step away every so often even if it is a 30 minute walk and you will be pleasantly surprised as to what you can think through or of while being disconnected from work.

Networking for me has played a huge part in the success of Vivier Group so far. What has surprised me though has been the chance contacts made from several years ago, or events where I have been invited and not necessarily keen on attending but have met someone that has proved the most valuable.

I would be lying if I said there hadn’t been a few over the years but I am of the firm belief that if you can pivot quick enough and are honest enough with yourself to analyse the mistakes made, then they aren’t failures rather learning curves.

Converting organic waste into biofuel – the world uses tons of organic products every day and if someone devises a method to scale production of it then the profit margin would be massive because their primary source to make it will come near free.

It was on an external hard-drive and you never know the day when that little device will become your best friend and savior!

Amazon Prime for the ability to watch my favourite TV series at any moment, Outlook Tasks for its practicality, Uber for its absolute ease and Facebook & LinkedIn for both being my digital rolodex.

Felix Dennis – Narrow Road and as any reviewer will say this is not your usual get-rich-quick manual and rather a blunt and honest account of his mistakes made and lessons learnt. Absolutely essential reading for any entrepreneur.

Of late it has been William L. McKnight a former Chairman of 3M and founder of the McKnight Foundation. Every entrepreneur will hit a point when what they are working on stagnates primarily due to lack of time and delegation. McKnight’s legacy is one of business philosopher and his thoughts on Management are still as applicable as the day he wrote them 65+ years ago.