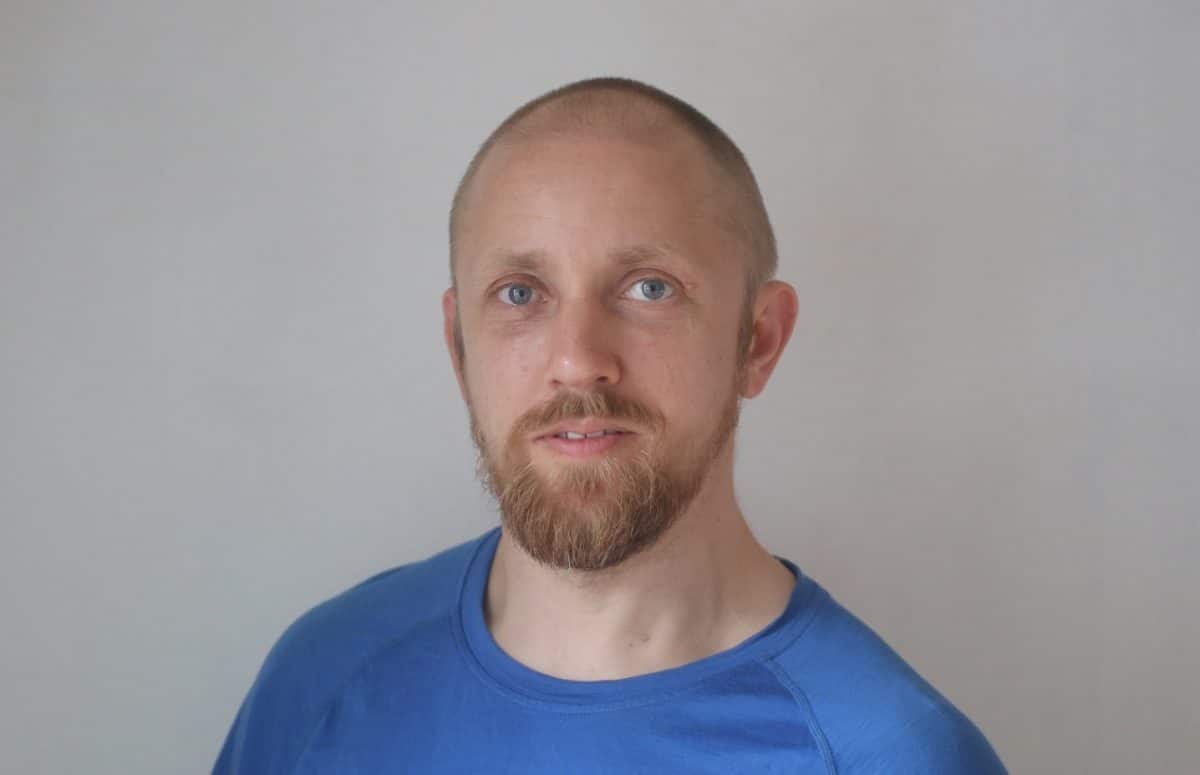 Mads Phikamphon is the founder of the fitness site Bulk Hackers. Bulk Hackers is dedicated to interviewing people who do great in fitness, so people can learn from the best, become better and more motivated.

When Mads is not running Bulk Hackers, he works in enterprise programming. His programming focus is on WordPress development, CMS backend development and marketing automation.

Mads has worked in programming for more than 15 years. Both as an employee and as an independent consultant.

For many years, sports and fitness have been an important part of Mads life. He has focused most on running and climbing + enjoyed going to the gym. Having reached an age of 44, Mads still train both running, climbing and fitness several times every week.

Mads lives in Copenhagen, Denmark with his wife and two children. His wife and children are also really into sports and fitness.

Where did the idea for Bulk Hackers come from?

In 2019 I started reading Starter Story. A great website that features interviews with entrepreneurs.

Enjoying Starter Story, I started to think that interviewing great people would also work in other verticals, including verticals I might really care about.

Since sports and fitness has been an important part of my life for ages, I decided to start Bulk Hackers. Our website that features interviews with people who do great in fitness.

Since I started Bulk Hackers, the site has grown and we have featured more than 300 fitness heroes.

The goal is to do great in-depth interviews that can really help our readers. Some readers might learn new tips and techniques, while others might get a motivational boost.

I have really learned a lot from the interviews and I often talk with my family about how awesome the people on the site are!

During the day I work in enterprise programming, so it’s only at night that I get to work on Bulk Hackers.

My work on the site is mostly programming (which I love, love, love) and marketing.

Someday I might go full time with Bulk Hackers, but for now I like the combination of my daytime job and Bulk Hackers as a side project.

Concerning productivity, I’m a big fan of being organized and effective. I’m so organized that people have called me the most organized man in Northern Europe 🙂

One of my goals is to never sit in front of the computer without a list. A list with the tasks I need to get done in prioritized order, so there’s no doubt what to start with, what to do next, etc.

I try to implement the same kind of organization for my VAs, so all their tasks are organized on personal, prioritized Kanban Trello boards.

Because I’m so organized, I believe I’m quite effective compared with most people. It’s surprising how much you can get done when you know what to do and you don’t need to deal with endless meetings and red tape.

It also helps that I really love programming and that Bulk Hackers is a labor of love focusing on sports/fitness.

Discipline also helps a lot. The discipline I have learned through years in sports/fitness have definitely carried over to my work habits. If I know what I need to do, I can sit down and focus for long time spans.

Fitness. I just love sports and fitness and feel that more and more people start to understand the importance of sports and a healthy diet.

I know that I’m annoyingly healthy compared with most people my age (44). Seeing the effect sports and a healthy diet have on me, I really want other people to experience the same thing.

My lists. As I mentioned earlier, I try to never sit down in front of the computer without a list.

It’s crazy how much time is wasted because people sit down without having thought about what they should work on. When you sit down at the computer without a plan, the risk of ending up on Facebook increases enormously.

For years, a lack of focus and shiny object syndrome caused programs and lack of growth for me.

It wasn’t until ~3 years ago that I realized how much the lack of focus and shiny object syndrome cost me. To make sure I fixed this, I made a serious bet. A bet that would make sure I didn’t lose focus again.

First I wanted to answer that you need less stuff than you think. But minimalism is luckily becoming more and more mainstream as people start to understand that more stuff isn’t the answer. Often it’s just the opposite.

Another candidate could be that I think higher education is often a waste of time, but I’ll go with cars ruin cities as something that I think is true and almost nobody agrees with me on.

I can’t believe that we allow cars in our cities. All these cars cause stress, injuries/death, air pollution and an absolute unnecessary lack of space.

But I’m not 100% against cars. For example, I do understand why you might need a car if you live in the countryside with no public transportation (no, most suburbs aren’t the countryside).

My prioritized lists. They help me so much, I can’t recommend writing lists too much. I’m such a big fan of lists that I don’t understand why everybody isn’t using lists.

People around me sometimes complain about being super busy, but they often still don’t get the same amount of stuff done as I do. I believe the reason for this is that I’m super structured with my work, while many other people might just be clicking around.

Also, I try to avoid busywork. I think there are many both entrepreneurs and normal employees who invent tasks just to feel busy. Is everything you have to do really necessary to get done?

Grinding. We have a clear plan for growing our site. Every week we add new great interviews to the site and everytime we add an interview, we make the site better and reach more people.

There’s no need to reinvent the wheel. When you have found something that works, you might just need to keep doing it (and at the same time be aware of opportunities for improvement. Continuous improvement shouldn’t be underestimated).

My lack of focus and shiny object syndrome have caused several failures. Not because the projects failed, but because I lost interest and dropped the projects.

As mentioned before, this has really cost me and I wish I had learned earlier the importance of focus and avoid shiny object syndrome.

Starter Story inspired me to start my site, but there’s nothing stopping you from doing a similar site in another vertical.

If there’s something you really care about, you can probably build a wonderful site with interviews with people who share the same love.

As a true minimalist, I would like to turn this one around and say what’s the best $100 I have not spent.

I try not to spend money on anything beyond the necessities, so my wife and I end up saving most of our salaries and that gives us a lot of freedom and helps us avoid many worries.

There are three tools I use again and again:

– WordPress. I just love WordPress. It’s easy to use for the normal users and also nice to work with as a programmer (I spend a lot of time extending WordPress with new functionality etc.).

I can’t understand why enterprise companies don’t use WordPress. Why overcomplicate things by choosing for example Sitecore? In almost all cases, WordPress would be a better and more effective choice.

– Trello. Easy to use and without all the complicated stuff that comes with for example Jira.

Even though I work in enterprise programming, I cannot understand why most companies use Jira. Trello would most often be enough and just like WordPress, it would be much more simple and effective to work with.

– Pigeon for administering our emails. We email back and forth quite a lot with the people we interview and Pigeon is a great tool for this – and it’s easy to get started with since it integrates directly into your Gmail.

In general, I’m a big fan of tools that are simple and easy to use. There’s most often no need to complicate things.

– The Four Hour Workweek is a classic that has been mentioned many times previously here on Ideamensch. Fully understandable as it’s really an eyeopener.

I have never really been that much into quotes, but I do love a good kick-ass fitness quote once in a while. That’s why our Instagram is all fitness quotes 🙂

If I had to choose a favorite right now, it would be David Goggins’ “Stay hard”. This is what I strive for in both fitness and life in general.