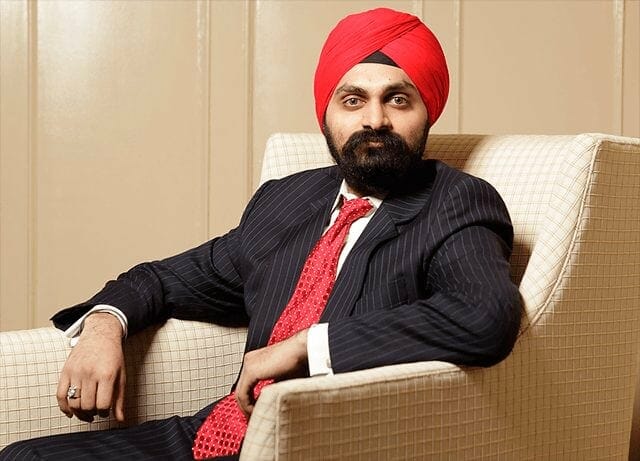 [quote style=”boxed”]If I could start again, I would have definitely started earlier.[/quote]

Manpreet’s passion is Seva Call – a new local search engine that helps consumers connect to companies. It is going to change the way people use local service providers.

Manpreet Singh, CFA was at an investment firm in the DC area for more than a decade that managed more than $2 billion in assets. Manpreet rose through ranks from being a high school intern and has had a hand in trading, marketing, research and operations. He was instrumental in assisting the CEO with increasing assets under management from $20 million to over $2 billion during his tenure. Manpreet was responsible for covering the technology, telecom and healthcare sectors for the firm which amounts to 50% of the firm’s assets. Manpreet had a brief stint as one of only two technology analyst at Stark Investments – a $15 billion multi-strategy hedge fund known for its top performing returns. Prior to working at Profit, Mr. Singh worked at a web based technology start-up he found along with his brother.

Manpreet holds an MBA from the Wharton School of Business with a triple major in Entrepreneurial Management, Finance and Real Estate. While at Wharton, Manpreet served as Fund Fellow, managing a portion of the University’s Endowment. Manpreet has a B.S. Cum Laude in Finance and a citation in Entrepreneurship from the University of Maryland at College Park. He is one of the youngest CFA charterholders in the world and was named “Most Ambitious” by the CFA Magazine. Mr. Singh has been quoted extensively in the financial press as a technology expert by firms such as Bloomberg, TheStreet.com, WSJ and other media outlets. He is a Director of the LK Foundation, a philanthropic organization, Seva Search Inc, a local search technology company and is active in SCORE and the Sikh Caucus. Manpreet serves on the Executive Committee of the Wharton Club of DC as Vice President. His interests include sports, travel and real estate investing. He is a diehard Redskins fan.

Seva Call helps you find and book with a local service professional (think plumber, painter, dentists, etc.) in 90 seconds. The Seva Call team is working on launching nationwide, and releasing our iPhone and Android apps. Also, our developers are constantly working on improving our website and algorithm to match consumers to companies.

Where did the idea for Seva Call come from?

The idea to start Seva Call was inspired by a venture my brother started in 2004 called Geeks On-Site, and IT service firm. Callers needed computer help and wanted instant service, but Geeks On-Site was often booked or could not provide the specific service the customer needed. However, my brother knew that there were several other companies that could help. We observed consumers’ frustrations in having to make call after call to find a quality company; not just for computer repair, but for a variety of services. Consumers spent countless minutes trying to find the “right” professional for them while companies spent countless dollars on advertising/marketing methods that did not account for performance.

A typical day at Seva Call consists of employees working on many different tasks. We have a team going through all of our requests and matching companies to customers, who also call the customers or companies to follow up with those requests. Whether it is calling the customer to confirm their request or calling a company to explain our service and set up appointments with our sales manager, our employees make sure all of the requests are being fulfilled in the appropriate amount of time. Our sales teams works with companies to register them with the company. This is to potentially register a company with us to bring them more business. We also have interns and employees who work on our social media pages and our company blog, as well as developing our website and our mobile applications, which is one of the biggest aspects of Seva Call.

The mobile trend is what really excites me. It’s becoming such a necessity for people to have so they can be in touch with the world.

The worst job I had was weed cutting when I was a kid. I worked for my brother’s lawn mowing company that he had with a friend. I learned that people are really picky about their yards. I also learned that the details matter in business, relationships, and life.

If I could start again, I would have definitely started earlier.

I recommend talking to everyone within the company. Check in with your employees as often as you can.

My brother and I started a social networking site called Desi Vibes, and the problem with that was generating revenue from large companies. There was no adwords or adsense back then. Today websites have easier ways to monetize visitors to their sites.

Create a Warby Parker for mattresses.

Everyone comes to America because its the land of opportunity. It would be great if every country gave everyone an opportunity. It’s unfortunate that so many people in the world are stuck in their environment and no way to move upwards in life.

I don’t have any.

1. MailChimp because we design our newsletters there,
2. Jaaxy because it’s great for finding keywords, and
3. Skype because we use it to call consumers and businesses.

Read The Snowball by Warren Buffet because it talks about Buffet’s life.

Last week because of a TV show. I recently started watching Suits.

My hero is Fauja Singh, known as the oldest marathon runner to hold records. He is over the age of 100 and has accomplished so much. Being featured in ad campaigns such as Adidas and PETA, becoming the first 100 year old to finish a marathon, receiving a letter from Queen Elizabeth II, and carrying the Olympic torch in July 2012. I envy his determination and strength to continue everything at his age.

What kind of work environment do you prefer?

The environment I am currently working in, at home.