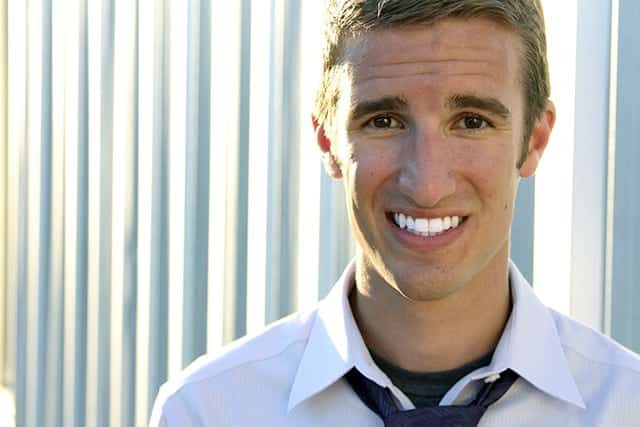 [quote style=”boxed”]I recommend that you make everything you do trackable.[/quote]

Mark Hodges is the CEO of Brook, a social media tool that emails customers daily with the top five tweets from the Twitter users they select. It’s designed to cut through the clutter while making sure users don’t miss out on important updates from friends, co-workers, publications, competitors, and more.

Before he became CEO of Brook, Mark was the Director of Web Development at Influence & Co., a professional branding firm based in Columbia, Mo.

Right now, I’m working on expanding the user base for Brook. While we have a great service with a unique feature set, not many people know about it! Once people learn about Brook, I want to make sure they love it and use it every day.

Where did the idea for Brook come from?

The idea for Brook was developed when several people within our parent company, AdVentures, became frustrated with the amount of information Twitter spat out on a daily basis. They wanted a way to keep tabs on people through Twitter while only seeing the most important content each day. Thus, Brook was born as an in-house solution to information overload. The service started to catch on outside the company, and we decided to take it public.

I start with a huge cup of coffee — no exceptions. Then, I check to make sure every user received a Brook email overnight (call me a control freak, but it’s reassuring to know that our system is working every day). Later, I check our internal data to see what’s been trending across Brook, and I’ll share some of the best tweets each day through our Twitter account and Facebook page. For the rest of the day, I’m usually writing, reading, corresponding with users and developers, and continually finding ways to 1) expand our user base and 2) make our service the best in its category.

I have a list of people I call my “reality checkers.” If something seems like an amazing idea to me, there’s a good chance it actually isn’t. I’ll send this group an email with the idea for a little bit of testing. If they like it as much as I do, I’ll move forward with it nine times out of 10. They usually have some great advice for me to improve upon what I thought was “the perfect idea.”

I am excited that content curation services are finally catching up with the flood of information that’s shared on a day-to-day basis. Companies are offering services ranging from news aggregation and trend highlighting to email filtering/prioritizing and keyword alerts. It seems as though we’re finally taming the vast amount of content that used to overwhelm — not by cutting back on what we consume, but by building smarter tools to manage it.

My least favorite job was when I worked part-time in a newsroom in Missouri’s capitol building. It was depressing to see the sheer inefficiency in our government and then write stories that usually weren’t picked up by anyone. The biggest lesson I learned there was to choose your words carefully. One time, I accidentally called a House bill by its slang name and got in quite a bit of trouble with the bill’s sponsor.

I would have joined the startup world even earlier. It’s way more fulfilling than any other job I’ve had.

I recommend that you make everything you do trackable. I use Bit.ly to shorten all of my links and Google Analytics to track which campaigns are effective. If you gather as much quantitative data as possible, you can usually figure out which practices work well and which don’t.

One time, I bought a domain for a new housing complex before the actual owner thought to buy it. I was amused with myself and figured I could resell it to him and make a little extra money that month. However, he was not amused and wouldn’t even negotiate with me. Instead of letting myself become discouraged or angry with the result, I simply gave it to him for free and moved on. It’s not a big failure, but it’s one of my funniest.

Many local companies (contractors, restaurants, etc.) have had trouble adapting to the new way people find things online and through apps. If you could show several of them why it’s important to have a mobile-friendly website or a Google Places page, you could build a pretty profitable business.

I would change the way we travel commercially and for leisure. From a higher level, the thought of MINI Coopers sharing the road with 20,000-pound semis is absurd and dangerous. We would see a significant drop in travel-related deaths if more people had access to public transit, like high-speed rail, and we moved more commercial transportation to “cargo routes” that didn’t mingle with smaller vehicles. Also, I suspect we’d be more productive if we spent less of our time driving.

Although I run a Twitter-based company, you won’t catch me tweeting much. That’s one of the nice things about our service — you don’t have to be a power user to benefit from it.

At Brook, we use Buffer to schedule all our tweets. It’s an amazing tool because I can spend a chunk of my day planning tweets and move on, instead of worrying about them throughout the day. It’s great for efficiency.

We use Mandrill to send our emails. It allows us to check open rates and click-through rates for everything we send out. That way, we can ultimately keep tabs on engagement and see how different changes affect that number.

I highly recommend IFTTT as a way to organize and automate your personal and work life. Picture it as a connector tool — it can do anything from turning texts into calendar events to transcribing voicemails and emailing them to you. It can even give you weather updates each morning. It’s a highly customizable service that has a lot to offer.

I would highly recommend reading “The Lean Startup” by Eric Ries. We follow some of the principles he recommends, including adapting to meet the needs of your initial user base through feedback and tracking the success of your changes through KPIs (key performance indicators).

Len Kendall is the founder of CentUp, a social giving platform that splits donations between content creators and charities. He regularly muses about cutting-edge and nerdy stuff.

Steven Levy is a senior writer for Wired. Not only does he share interesting articles that are almost always worth a read, but he also poses some thought-provoking questions.

Every entrepreneur needs a break. That’s why I enjoy the irreverent humor and anecdotes Bob Saget tweets out on a daily basis.

We had three raccoons trapped in a dumpster behind our office. One of my co-workers put a ladder in for them, and they climbed right out and went on their way. It was one of the funniest things I’ve ever seen.

I admire Brian Chesky. He’s the CEO and co-founder of Airbnb, a community-based site that helps people find places to stay while traveling. His dedication and drive to bring in new users from the service’s beginning inspire me.

What is the best career move you’ve ever made?

My best career move was when I decided to get out of news reporting. While it was a fast-paced and exciting time in my life, it definitely had negative effects on my well-being. I love the startup sphere and the types of people in it; it’s made me very happy.

Where do you want to end up in life?

Geographically, I’d probably land somewhere consistently warm and beautiful year-round. I’ve found that mid-Missouri winters can be especially unforgiving. Career-wise, I’m happy where I am now, but I’m always looking for the next big idea.