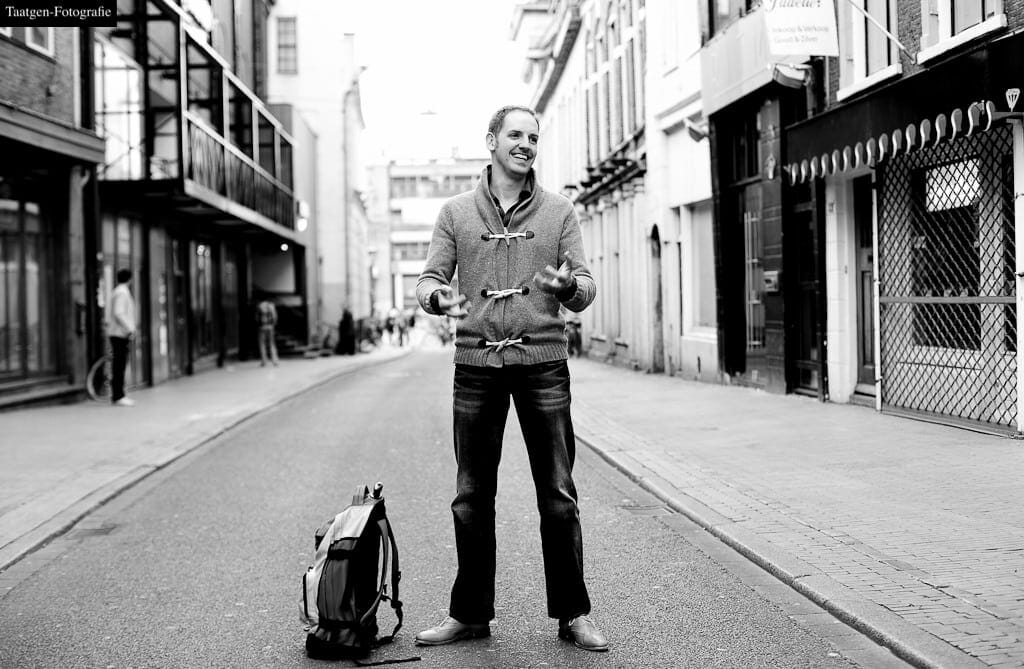 Mark Vletter is the founder of Voys Telecom (one of the largest telecom providers in the Netherlands) and the one who’s trying to steer the company is the right direction with the help of his team. Mark was schooled at the Hanze University in Groningen to understand business processes and improve them using ICT. He fell in love with the internet in 1996.

We are making the first steps into cross border expansion.

We are developing some new APIs so third parties have even more connectors they can use to build their own services. After 6 years our logo and corporate identity needed some freshening up, so there is a new version of our website in the making and we are expanding so we need some new offices, so I am working on that too.

We are a business telecom operator and have built a very easy to use front-end on our high availability telecom platform.

Where did the idea for Voys come from?

Voys started at TNO ICT. TNO is a leading Dutch research facility which built a web API on the Dutch telecom network in 2000/2001. In 2004 we started developing services on this API which lead to an online PBX systems. Looking back it must have been one of the first online PBXes ever created, but we never noticed until 2011. From this first version, and a Call Me Now application, we moved more and more to a broad online hosted PBX system, which had a total overhaul in 2010. Nowadays, we are one of the leading Dutch business telcos for hosted telecom services, serving clients like MSI, Royal Dutch Airlines and Gazprom, and many nice SMB companies.

After bringing my two kids to day-care I start with an espresso at 9.15. I do some tech reading and open my email at around 10. By 11 most of my email is done, and I run off to talk to some of our partners for status updates on active projects. At 11:45 we have a “stand up” with the whole team where we inform each other on what we have done this morning, what we are going to do in the afternoon and things that stand out in a both positive or negative way.

Then it’s time to get and eat some lunch which will take us about an hour. By then some of my colleagues will have some topics they want to talk to me about. This might be new client, special wishes for our platform or a global update on some of the components we develop. At 14:30 I’ll be done with most of the updates and then I start to work on some of my own active projects. Right now that’s a lot of CSS and HTML5 for our new website. My workday is done at about 17:30 to 18:00 and I try not to open my laptop after 20h for any work or work reading. This goes well for 70% of the days I work.

I am very lucky to have a dev team of 3 very well-trained nerds to help me bring my ideas to life. I have a business and ICT background.

E-ink: I first saw an e-ink demo by Philips in 2002 at Cebit and we concluded that this was the real revolution for the next 10 years to come. A new technique like paper but digital. In a market where there had not been any real innovation since the introduction of the printing press. It was an innovation which would lead to a revolution in every aspect of the market. Writing, publishers, PR and distribution. Everything would change.

Cloud services: The browser is your new OS and I am very excited to see where this is going. It’s amazing that a club like Amazon is ruling the cloud with AWS instead of IBM for example. With new types of browsers coming like the silk browser we have only seen the beginning of what the internet and cloud services are doing for day-to-day life.

Mobile: I was one of the first to have an imode handset in the Netherlands, since I was working at a KPN the company which introduced the technique in 2002. Your handset is going to replace your laptop, workstation, debit card, wallet, passport and who knows what else. How much fun is this market going to be!

Paperboy, garbage collector, window washer, office cleaner – I have really done it all. The worst was probably laying trays of eggs on a machine which separates the egg white from the egg yolk. But even with that being as boring and simple as it can be, we made it great fun. A great group of young people just wanting to earn some money in the summer holidays. With a good spirit and nice people there are no bad jobs.

That is an unfair question to ask. The things we did it the past have been the lessons which brought us where we are today. And I’m very proud of what we have accomplished with our team. If we had to make a fresh start today, we would pretty much build the platform and the workforce we have working here right now.

Keep innovating, never stand still. It’s what has brought us to where we are today and keep us pushing forward in the future.

I’ll take a week off when COD and Battlefield 3 hit the shelves.

* Could somebody build a system like tapatalk (for forums) which does the same for webshops?
* Could someone start a good appstore for mobile web apps?

How to win friends and influence people. Because it makes you a better person.

If you weren’t working on Voys, what would you be doing?

Mobile web, and no, not apps. What a strange world we live in where every computer application goes to the web, and every mobile application goes to an app. Apps are not cross-platform, not easy to build and maintain, not in an open environment like the internet. Stop putting your stuff in some walled  app store. Are you awake yet?

Last night because my daughter was bright awake at 0:30, looking at photos of herself on my phone and having a great time.

Christian Branbergen, because he should be brave enough to tell the world what great stuff he is working on.

Why are you successful?

I think it’s because I have both a tech and a business background. And I have an enormous drive to make stuff better if that is possible, usually using ICT.

Will you still be working on Voys in 30 years?

No. I will still be doing the fun stuff I’m doing today, but I think I will be helping young start-ups.

I am not a Facebook guru and not a regular on LinkedIn either. Twitter with its 140 characters would be my chosen method of communication.