Emily Wilkinson – Creator of the botlfilter 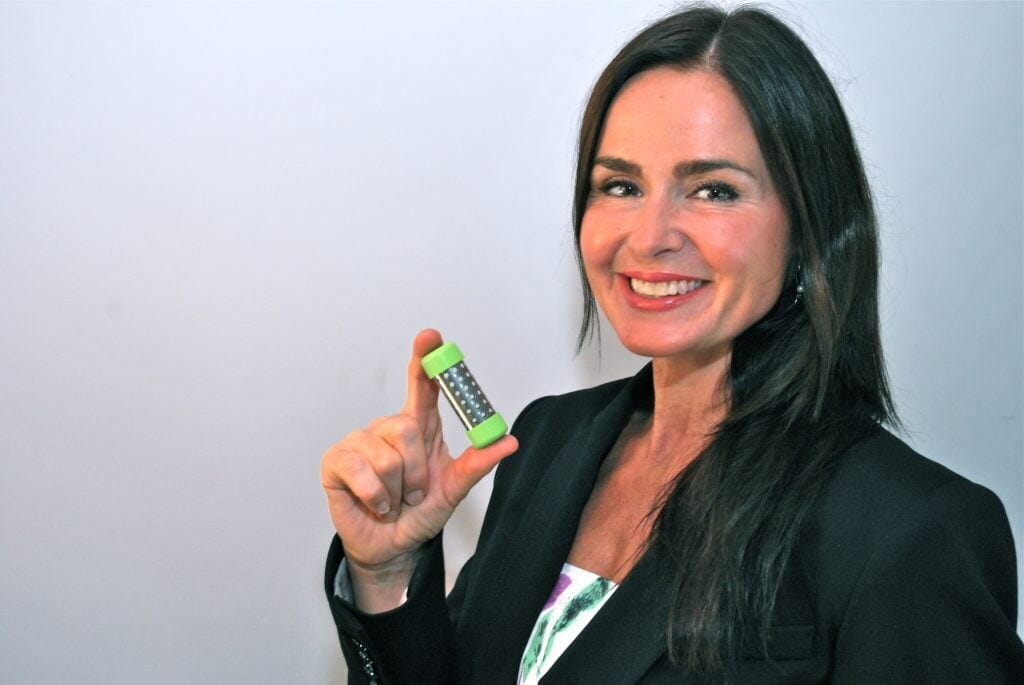 Before incorporating botl inc. and creating the botlfilter™, Emily Wilkinson had an active role in the arts as an event planner, resource developer and producer. She worked professionally in the film, television, music, and media industries. Emily’s work experience covers a broad range – from producing commercials, short films, and concepts for reality based TV for the Internet to a 5 series concert season as the Executive Director of a new music orchestra. Emily has lent her voice to radio advertising and has played minor roles in film and television.

Born in England, Emily has traveled extensively. Her interest in the environment, art, cultures, community, women and children is reflected in the diversity of her work. Emily attended the University of Toronto as an undergraduate and completed the first year of a two-year certificate program in Fundraising Management at Ryerson.

As a writer, Emily has published her poetry in Hart House Review and other small press publications. Her first script was optioned to C.B.C.’s Anthology Series “Inside Stories”. She has also written a short film script entitled “MADWOMAN”. Emily has volunteered in the non-profit sector, and is committed to contributing her skills and experience to helping her community.

Emily Wilkinson shifted her principal focus from the arts to the environment in 2006 and began working independently as an entrepreneur.  In 2008 she approached her father, Adrian Wilkinson, a retired research psychologist, with an idea to create a portable water filter. They developed a prototype and sought advice from, Mike Boland, as the savvy business mentor. The prototype was improved and the botlfilter™ was born. It is the first product of botl inc., a Canadian company with a mission to create environmentally responsible products. Our focus is developing products that reduce plastic waste.

We officially launched the botlfilter™ in June of this year. Currently, I am working to grow our customer base!

Where did the idea for your product come from?

I became convinced that plastic waste is a real environmental danger, and decided the best way to contribute to a solution was to develop consumer products giving alternative access to the products generating the waste. Our first challenge was to put fresh tasting water in the hands of busy people on the go.

Best not seen . . . I spend a lot of time in front of a computer, and on the phone.  My focus is primarily on marketing and sales.

Opening the mind to the wisdom of cultures other than one’s own.

I was a bartender for a week. I was a terrible bartender!  One client used to come behind the bar and make his own martinis, a testament to my poor skills. I learned that I am an idea person. I am better at serving my spirit than serving spirits.

Cliché, but true, I wouldn’t do anything differently. Bringing an idea to life is the most rewarding and empowering experience.  And the fumbling along the way makes where I stand today that much more solid.

When I don’t have a solution to any given problem, I find someone who does! Asking for advice from those who have relevant experience is mutually rewarding.

One day I would like to write a book. I have an outline prepared. I just have to find the time to fill in the details.

I believe that there is big business in high quality green consumer products, by that I mean products that we need and use daily.

I grew up in a fairly liberal home. A book that was discussed in our house often, and had an influence in my life, was Silent Spring by Rachel Carson, published in 1962. Her ideas on pesticides and how they affect the ecosystem were ahead of her time. It has been suggested that her ideas helped to launch the environmental movement as we know it.

If you weren’t working on the botlfilter™ what would you be doing?

I’d be a sustainable farmer.

I laugh out loud daily . . . usually at myself!

How would you like to see your company grow?

I like to use the term “drink responsibly” or “think before you drink”, by that I mean that if you prefer drinking filtered water, then do so responsibly without all the plastic bottles that use carbon footprints to ship them in and out once used. Canadians dispose of approx. 6 million water bottles a year! Think about the USA? That’s a lot of plastic, and not all being recycled, in fact most is shipped out and thrown in landfills.

The botlfilter was designed to reduce plastic waste and we are developing the line as we grow. I would like to see this product in University/Campus stores in North America. Kids are very eco-conscious and bring water containers to school. I think certain countries in Europe would be good markets for the botlfilter. Less plastic water bottles in the blue bins would make me very happy!!