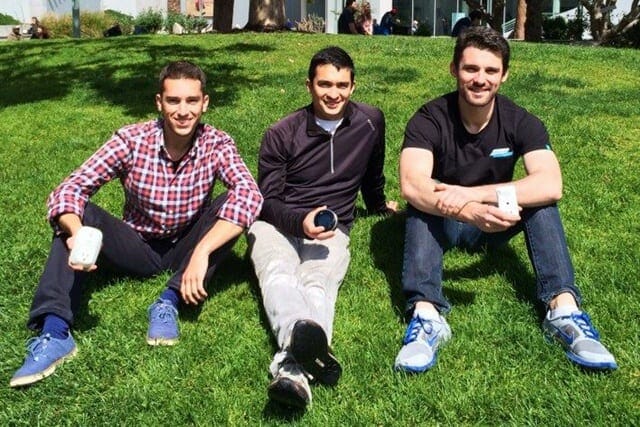 [quote style=”boxed”]Get out of the building. Talk to customers. In our first six months, we had two hundred users. We talked to every single one of them.[/quote]

Matt Duesterberg is co-founder and CEO of Ohmconnect. Ohmconnect connects the smart home to the smart grid, making it dead simple for users to participate in demand response events daily. He started OhmConnect with Curtis Tongue after seeing millions of dollars flowing from energy markets to financial entities without giving the end users the opportunity to make any difference to the energy markets.

Previously, Matt ran the data science division at utility meter data analytics company, DataRaker, which got acquired by Oracle in 2013. He found a host of interesting insights untapped in the residential smart meter data. He got his start in the energy industry via finance; he traded futures for electricity flows for a small quantitative trading firm, DC Energy. He has an MS in Mechanical Engineering with a focus on Energy Systems from Stanford and a BS in Chemical Engineering from UVA.

In his spare time, he enjoys spending time with his wife in the San Francisco Bay Area, hiking in the beaches of Pacifica, biking through the headlands of Marin, and running through the Golden Gate Park. He strongly believes that an active, healthy lifestyle is vital to building a lasting company.

Where did the idea for OhmConnect come from?

OhmConnect was borne out of a desire to help everyone take control of their energy usage. People have the desire to find ways to fight climate change, and OhmConnect creates a very basic platform for people to do that. They get a text or email to reduce their electricity one or two times a week, and they get paid if they do.

A combination of our backgrounds eventually bore out what is OhmConnect. Curt, my co-founder, has spent his career building brands and getting people to take action via marketing and advertising campaigns. I’ve spent my career understanding the energy markets and how they work. Combined, we have found a pathway to get people to reduce their electricity and get paid for it.

As an engineer, I believe this to be the ultimate goal of what we do. Curt and I started OhmConnect to bring to life what I had already witnessed in the financial space. People can get paid for making better choices about energy. While I was in finance, I witnessed millions of dollars flowing from the utilities to financial entities, driven by more efficient usage of resources. However, instead of flowing that money into financial entities, we started OhmConnect to provide a pathway for anyone to access those financial gains.

The growing awareness of utilities, whether it be energy, water, food, or oil. I don’t know whether this is just in California or in other places as well, but we are becoming increasingly cognizant of what drives our lifestyle. People are beginning to wonder where their food comes from, where their water is coming from, and now, where their energy is coming from. This awareness allows a more healthy conversation across peers.

My wife always says that it is speed. I work quickly and in a straight line until something is accomplished. I think I would agree.

I think every job is as valuable as the last. That said, I could have been more diligent about taking the role as a second employee of a solar startup in 2010. The startup was attempting to create concentrated photovoltaics at a $1/W installed. In 2008, this would have been revolutionary, but with the fall of solar prices to be sub $1/W in 2011, the business model was completely shot. On hindsight, if I had done my due diligence and listened to the experts in the space, I would have been able to save several months of work. The lesson is to talk to as many people as you can because you do not know as much as the collective whole.

I do not know if I would do anything differently – I firmly believe that the path you have created has shaped you in a unique position of success. Any mistake I have made has hopefully ingrained in me a lesson that gives me a leg up on competition.

I guess I would probably want to approach life with less stress, but I think the right amount of stress is a good thing.

Talk to everyone. As many people as you can until you become the expert in the space. You need to be the thought leader to succeed because otherwise somebody else will come and do the same thing you are doing and do it better.

Get out of the building. Talk to customers. In our first six months, we had two hundred users. We talked to every single one of them. As we actually began to get traction, we hired our first employee to talk to every single person using our site. We gathered tons of feedback and began tailoring our message so that we could speak to a broader audience.

Distributed energy financing for third world countries and people not connected to the grid. How can you find a way to charge people that are off the grid for power in a simple, efficient way? If you can find that solution, you can install distributed generation such as solar, small hydro, or wind and charge users on a per kWh basis.

Since starting OhmConnect, I have not purchased anything over $200 for myself. Stay lean.

Hard thing about hard things – Ben Horowitz. It is a true entrepreneur book. I have not been able to relate to anything more.