Matt Durfee – Founder and CEO of the Navigator Institute 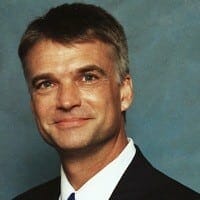 To paraphrase a familiar old saw, when you’re handed lemons you make lemonade. No one knows that better than Orlando, Fla., entrepreneur and businessman Matt Durfee, who over the years has made enough lemonade to quench the thirst of a small city with a little left over to spare. Matt, a former corporate HR executive for some of the world’s largest and most prestigious companies, has parlayed the painful experience of losing his job on nine different occasions into a book, which became the foundation for two new separate and distinct job search skills and career services companies, Navigator Executive Advisors and Navigator Institute, and an ongoing advice column for one of the country’s largest publishers of metro business magazines.

Matt’s career path represents a stark contrast to the lifetime employment experienced by his friends and family who grew up in the auto-dominated economy of the Flint, Mich., area.

Like many entrepreneurs, Matt got started late in life after a successful 25+ year career as an HR executive and manager for such corporate giants as Pepsi, Coca-Cola, Hard Rock Cafe, Nestlé, Frito Lay and Marriott, to name a few.

Now 50, Matt specializes in teaching job search skills and providing career transition services to both individuals and companies throughout the country, ­and before long, much of the world. In fact, Navigator Executive Advisors is one of the fastest-growing companies in the career services field. The three-year-old company now has more than 120 career transition specialists operating in nearly 50 major U.S. cities, including New York, Detroit, Minneapolis, Baltimore, Atlanta, Chicago, Denver and St. Louis, all of whom are capable of assisting with the outplacement needs for as many as 7,000 displaced and/or jobless employees.

His book, “Job Search Skills from the Reluctant Expert,” which is due out later this year, is based on his own “nine lives” experiences of losing — and finding — a job on nine separate occasions. In addition, a reality television concept he developed is being pitched to network executives by a major TV production company.

So, as you can see, Matt Durfee has made the most of the lemons he was given, including the bushels of lemons he was handed early on in life when he received rejection letters by the hundreds from prospective employers after graduating from Michigan State. He keeps all of those painful reminders in a cardboard box and occasionally pulls them out when he needs to share his favorite Winston Churchill quote with his clients: “When you’re going through hell, keep going.”

We’re developing a comprehensive marketing plan to introduce the Navigator Institute to the general public. Although unemployment is very high, there are millions of job openings every month. However, the competition for those jobs is very fierce, and if someone expects to land a good job, they need to excel at every aspect of the job search process, including how to write an effective resume, network, handle interviews and negotiate job offers. The Navigator Institute provides an affordable, effective and convenient way to acquire these skills, and that’s the message we want to get out to the public.

1. Unfortunately, the biggest trend that is impacting the job market isn’t one of excitement or celebration. And that’s the loss of job security. It’s gone and isn’t coming back. As a result, more people will have to acquire new career transition skills and learn how to cope with the uncertainty of constant change.

2. On the bright side, the recession has highlighted the critical role entrepreneurs will have on turning the economy around. This should have a positive effect on such areas as added incentives for small businesses and the minimizing of government barrier to achieving success.

3. One trend that continues to amaze me, and bring a smile to my face, is the evolving technologies which enhance the way we do business. This has had a profound impact on our services. For example, the accessibility and affordability of electronic and wireless communications systems, including new delivery systems, has supplanted the old “brick and mortar” service model of our competitors in the corporate sector, which are outdated, out-of-touch and overpriced.

I’m constantly thinking of concepts for new services, sales strategies and marketing plans that will enhance our companies’ business potential. I rely heavily on my director of operations, creative director and friends and relatives to help me reject, prioritize or pursue my ideas, so I can focus on those with the most potential for success. From there, we take it to the next level by identifying how much an idea would cost to introduce that concept publicly. Whenever possible we try to limit our financial exposure by piloting the concept before investing in a larger rollout.

While a few good colleagues and friends in the corporate sector immediately enlisted our services, I was both surprised and disappointed by how many opted to stick with their existing vendors, even though we offer a better service at a better price. The lesson to be learned is don’t overestimate how much support you can expect from your network, because you’re likely to find some are afraid of change and unwilling to step out of their comfort zone despite how compelling and cost-effective your proposition may be.

The book Blue Ocean Strategy has not only had a major influence on me but has a tremendous influence on our business model, inspiring me to heavily invest in launching the Navigator Institute as an interactive retail service. The Navigator Institute’s interactive technology not only serves to make the program more effective, but also to make it entertaining to our clients as well.

I budget 3 percent of corporate sales for customer appreciation as a way of thanking them for their business. For example, if a client spends $50,000 on our outplacement services, I’ll think of how I can spend $1,500 by inviting them on a golf outing, or a nice event or dinner for the client’s team. In every instance, I make sure to avoid expensive gifts or any activities that could violate their employer’s Code of Ethics.

How do the services of the Navigator Institute differ from such job boards as Monster or CareerBuilder?

That is a question we field constantly. Job boards such as Monster or CareerBuilder show you where the jobs are, while the Navigator Institute shows you how to greatly increase your odds of getting those jobs by teaching or reinforcing the essential job search skills such as developing an effective resume, preparing for and acing the job interview and negotiating the job offer. Because most jobs are found through networking and are never posted on job boards, we also develop the skills required to tap into that “hidden job market.” As a former human resources executive who has hired thousands of people in my career — and just as importantly, not hired thousands of others — I share the real world insights of what employers look for when deciding who gets rejected and who gets an offer. Job boards are unable to offer that valuable insight.

Like most entrepreneurs, you’re thinking business 24/7. The challenge is finding the perfect balance, and I have come pretty close. In addition to devoting quality time to my family, I recently discovered I really enjoy long walks and hiking. Unfortunately for my creative director, it’s  during these occasions that I get my best ideas, so it’s not uncommon for me to leave him a dozen voicemails while I’m out brainstorming on the trails.

History is also a passion of mine, and I’m planning to combine both interests later this year by hiking the 84-mile Hadrian’s Wall route in northern England. I find it remarkable that so few people have even heard of the wall given it was built at the direction of Roman Emperor Hadrian in 122 A.D. and literally cuts entirely across England.