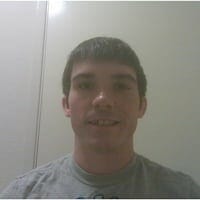 Matt Sencenbaugh is a 21-year-old entrepreneur passionate about small companies, wrestling and throwing darts at a board full of ideas while blindfolded (kidding). Born in a little town called Auburn, Washington, and raised by a very close knit family, Matt’s father is a P.E. teacher, his mother works for Delta Airlines and his sister is a budding designer. Matt currently resides in Stanford, Calif., where he is attending Stanford University and studying computer science, as well as trying to have a social life. In the next few years he hopes to continue his studies, perhaps in a master’s program for management science and engineering. Matt also is a wrestler on the Stanford team and spends a large chunk of time training. He started at 125 pounds for the Cardinal his freshmen year, redshirted last year and hopes to break back into the starting lineup for the 2010-2011 season.

AdsReloaded.com is my very first company and something I am very excited about! It is a brand new advertising company specifically targeted at the iPhone (for now, horizontal expansion to come). The company pays people to download iPhone apps, allowing them to get paid apps for free and to earn money for downloading free apps. The reason this is possible is because developers are willing to pay a premium to download apps. The inspiration for this company came while trying to advertise my own iPhone app and realizing that with traditional cost per click campaigns the ratio of money spent to actual downloads was horrendous. ($50 dollars for about 5 downloads!?)

Wrestling. I have been wrestling for 15 years and can’t imagine my life without it; however, the reality is that I only have three more years of college eligibility left. I train hard to try and achieve my goals on the mat, as well as help out my team as much as I can.

Having fun! You only get to live once, so I think it’s worthwhile to enjoy the time I have. Although I want to be successful, I don’t want superficial success at the expense of my own happiness. I make it a point to have some “me” time every day, whether that’s hanging out with friends, going on a date, swimming or playing a little Xbox.

1. Mobile. I think mobile devices will continue to see explosive growth over the next several years, and I am pumped! I think there are some serious business opportunities within the realm of mobile, especially in regards to apps, location based services and many others. Basically, I think mobile devices are the future “remote controls of life.”

2. Emotional Computing. Go read “Feather, Scent, and Shaker: Supporting Simple Intimacy” by Rob Strong and Bill Gaver. I read this for a HCI CS class I took last spring and it absolutely blew me away. What a simple, powerful idea. And the field is virtually untouched! Emotion drives the most significant memories of my life, so why wouldn’t I want a computer capable of creating an emotional response?

3. Roller coasters and motorcycles. This goes along with the whole “having fun” motto. There is something about speed and adrenaline that I can’t get enough of. Sadly, I don’t own a motorcycle, nor do I know how to ride one, but that will hopefully change within the next year (*crosses fingers*).

1. Get out a pen and paper, and write down all the things you want your idea to incorporate. Maybe it’s 10 features, maybe it’s a super cool new technology or maybe it’s as simple as you just want it to work. Brainstorm it all right now, and use pen and paper! This seems like an odd statement coming from a computer scientist, but paper just seems to make my ideas more real and permanent.

2) Get excited! Are you passionate about your idea? If not, stop now and throw it out. I’m not kidding. If you want to create a new company/product, there has to be a lasting passion (unless you want to be miserable at work). There is nothing more exciting than seeing people using my product, and I find drive and inspiration in the simple knowledge that my product is helping someone out there.

3) Pick one thing per day. If you have too much on your plate nothing gets done. So the simple secret is to eliminate what’s on your plate. It’s like scraping extra food to your dog under the table. I have a current summer job, practice and then generally have time to do one thing for AdsReloaded every night. I have to prioritize very well and simply select that one thing I want to do that night. I am 100 percent more productive this way. If you are dealing with big tasks, break those tasks down into smaller manageable tasks, and do one of those things per day.

Release early and often, then iterate! One of the mistakes I made with AdsReloaded is not pulling the trigger and releasing it early. If you think your brand new startup launch will send thousands of people flocking to see your brand new service, you’re wrong (unless you are either rich, famous, powerful or have fantastic connections). AdsReloaded.com is definitely growing now, and I am excited for the future, but the first couple weeks weren’t very encouraging.

A book I read recently titled “Made to Stick: Why Some Ideas Survive and Others Die” by Chip Heath and Dan Heath has been invaluable in helping me make my ideas stick, whether it ranges from pitches to getting new users. As far as a software tool I would have to give the nod to TextWrangler. It’s a simple text editor for Mac, but I absolutely love it.

Open a store/restaurant that is tied directly into student’s meal plans.

Seriously though, as a student I don’t care about my extra “meal dollars” and am much more likely to spend them on $5 gourmet ice cream. In fact there was a gourmet frozen yogurt stand that opened on the Stanford campus last winter, and I spent probably a good $60 there with my meal plan. The very next quarter it was discovered that they don’t actually accept those dollars, and I have probably been there twice since (even though it’s delicious).

Do you think your first company will succeed even though you have no formal training in business?

This is a tough question. I think the company has a very good chance of succeeding, especially since I think there is opportunity to horizontally expand into Android, Blackberry, Facebook Apps, blogs, etc., once I have successfully moved the needle a little in the iPhone app industry. In all honesty, I think the biggest hurdle will be how fast I can learn and adapt. I can’t put my pants on two legs at a time. (Let’s be honest I’m lucky to get my pants on any leg when I roll out of bed.) I realize I’m not the best at marketing, and if the right person pops up I am not at all against hiring. In the meantime, I am on a quest to pick the brain of as many fellow successful entrepreneurs as I can about what makes their companies successful and try to apply it to AdsReloaded. If AdsReloaded does fail, it will still be worth it. I have learned so much in the last several months, and I wouldn’t trade the experience for anything.

Why do you wrestle? Isn’t that the sport where they wear those weird leotard-like uniforms?

Singlets. That’s the fancy name for the weird uniforms. As to why I wrestle, it’s because I love it and have learned a lot from it. I have never experienced anything like wrestling in my life. I respect wrestlers because it takes a lot of guts to go out on the mat and wrestle as hard as you can. It’s unique because you literally have no one out there on the mat with you. There is no one to clean up your mistakes, it’s just you. You learn a lot about yourself when you go out there — win or lose.