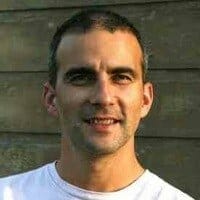 Matt Sherman is the co-founder (with Matt Masina) and CTO of Alikewise, a dating site based on book tastes. Matt has been working on the web since the early 90’s, when he frustrated friends and employers by tying up their phone lines for Internet access. In addition to his independent web work, Matt was a department head at Landor Associates, the world’s leading branding firm, and is currently on staff at Stack Overflow, the leading Q&A site for programmers.

Getting more people on to Alikewise! I do all the engineering, but gaining customers is much harder than writing code. We are lucky to have gotten a lot of good press, and over 8000 members. But I see our potential audience in the hundreds of thousands, conservatively. We need to get their attention.

1. Niche dating sites are great, those that really do something unique. Niche as in “different”, not niche as in “the same, but small”. OkCupid does a nice job. A dating site that tries to be everything to everybody is like trying to meet people at the mall.

2. I am a nerd, but continued advancement of programming languages and frameworks gets me going. C#, Ruby, the functional languages — egghead academic work meeting the real world. That doesn’t happen in most industries. It reminds me of how little I know. That’s a good feeling. Mental stagnation frightens me more than anything.

I build them instead of debating them. I’ve spent enough time in corporate environments to know that asking people to imagine things is not merely inefficient, it’s a recipe for conflict. People will fight endlessly over a product that doesn’t exist — because no one is talking about the same thing. I’d rather spend 3 hours building something tangible that we can criticize, than those same 3 hours describing it.

Heh, smart people. They also make me a bit depressed, like how a guitar player feels when watching Hendrix.

Believing my best friend would recover from illness.

A dating site for couples. Not kinky, just like double dates. I’ve had several married friends ask for this. And by the way, an idea is easy. Actually implementing something good requires 10,000 small decisions, 95% of which need to be right. That’s the hard part.

Well, The Black Swan by Nassim Nicholas Taleb rewired the way I think about risk. Tools? Have something else to look at while writing code. A view, or people in the cafe. Don’t stare at a goddam screen all the time. Oh, Paul Graham’s book too.

Have you ever thought of pranking someone famous?