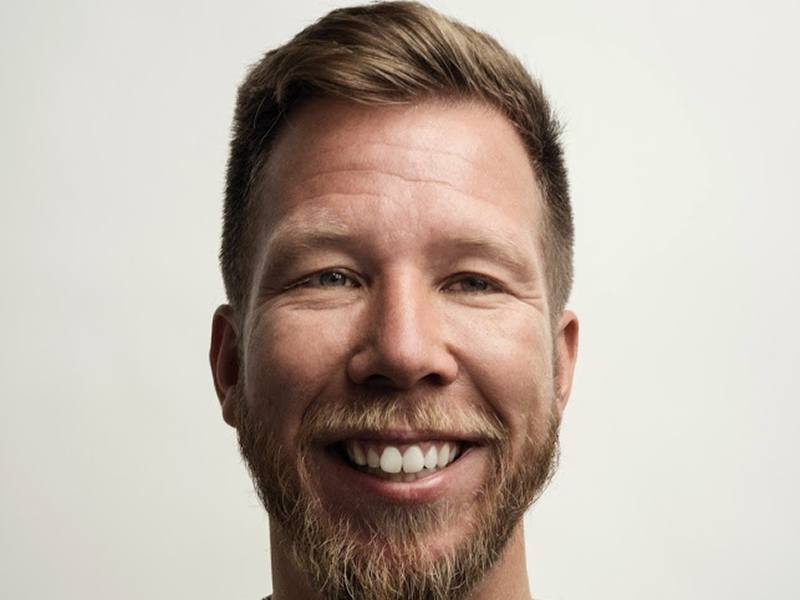 Matthias Wagner is a serial company starter and builder, using creativity and technology to disrupt the status quo with products that people love. Startups and technology have been the center of his life for the past 15 years, in which he has built more than 10 companies and launched innovative products in the entertainment, consumer/enterprise Internet, and mobile spaces.

He believes that “software is eating the world” by disrupting businesses, and he strives to create products that meet real-world needs. Instead of just making apps, he aims to make people and things smarter, more streamlined, and more easily scalable by dreaming up, validating, and helping his clients build ideas.

While founding We Create Stuff and working at Neo Innovation and General Assembly as a product advisor and management consultant, Wagner specialized in teaching enterprises how to be more innovative and training startups on how to launch products that customers love. He concentrates on lean and agile product management, product strategy, UX research, and UX design. Additionally, he frequently runs private and public workshops on UX design, MVPs, and lean product management.

Wagner has consulted for a number of innovative companies, including Node, KeepSafe, and Ranku. He’s also co-founded a multitude of companies, including Changemakrs, 42media group, Hochzeit.de, Blind Records, and Fairlight Records. While working at Blind Records, Wagner produced the popular Crazy Frog ringtone, which achieved a No. 1-selling chart position in the U.K., Germany, Australia, the U.S., and many other countries.

Where did the idea for We Create Stuff come from?

I sort of stumbled into all of this. People would just randomly find me through my social network because they needed help building their products. I started helping in an unstructured way at first, but over time, I started seeing patterns. I began recognizing that founders and product leads all struggle with the same set of challenges.

That’s when I had the “aha” moment. I’ve always loved building products, especially in the early stages when you get to create something out of nothing. Having been a founder myself, I always struggled when the startup reached the scaling mode. From there on, it feels more like maintenance to me, which isn’t my thing. So I decided to focus on helping people get their products off the ground.

My alarm goes off at 7 a.m. First, I check the basics, including email, Twitter, and Hacker News, on my phone. Then, I meditate, shower, and eat breakfast. I’m out of the house at 8:30 a.m. I create my to-do list for the day and start answering emails while I commute.

At 9:30 a.m., I arrive either at one of my client’s offices or my own office in South Park (a neighborhood in San Francisco). Depending on whether I’m with a client or on my own, my days can vary. However, a typical day with a client starts with a demo meeting to see what the team has built during the last sprint and what data has been gathered.

I eat lunch at noon with either my teammates or the founders I advise. After lunch, the team usually has a planning session to collaborate on what we need to focus on to reach our goals.

At 5 p.m., I head to the gym. My newest thing is CrossFit. I love the community and intensity of it. I leave the gym around 6:30 p.m., read some articles from Hacker News or Twitter on the commute home, and have dinner with my girlfriend at 7 p.m. Afterward, I work on getting the last emails of the day out while watching “House of Cards.”

When I was younger, I used to work on projects myself. But the older (and wiser) I get, the more I realize that it’s more fun to work on things with great people and witness what it means when they say that 1+1=3. It’s magical to watch things become bigger than the sum of their parts, so I usually try to rally friends around my ideas.

That’s how I started organizing a “Burning Man” -themed camp many years ago. I called up a friend and asked if he wanted to become a homeowner. We got one of those giant geodesic domes, and the rest fell into place. We’re four years in, and we’ve grown the camp to 45 people who fly in from four continents and contribute some major art installations. It’s so much fun to see great people come together and create things.

I’m excited about seeing how people are becoming more independent. The world around me is starting to shift from a model where everybody is a lifetime employee at some corporation to a place where people become highly specialized and rarely spend more than 1.5 years at the same job.

Many people don’t even work full-time; instead, they stay freelancers and work remotely from the town they grew up in. I was born in 1980, so I’ve been able to witness the transition that technology is fueling — it’s amazing!

One summer, my dad decided that just hanging around and playing with my friends wouldn’t be a good use of my time. So he arranged for me to intern at a TV repair shop — unpaid. I wasn’t so happy about that. I spent my days sorting remotes and programming TV sets. On the upside, though, I got to watch a lot of “Manga” during lunch breaks because the owner had a huge collection in his basement.

I would travel and explore the world more before starting a career. It would’ve been great to realize firsthand that there are better places in the world to do what I wanted to do than the small town in Germany that I came from.

As an entrepreneur, what’s the one thing you do over and over and recommend everyone else do?

First of all, you need to focus. And when I mean focus, I mean focus on one thing. Only proceed to the next step when you have either succeeded or failed. You should also collaborate. It’s OK to ask others for help. Realize that the whole “genius” thing doesn’t really exist. Steve Jobs, Bill Gates, and Andrew Carnegie got to where they did by assembling a great team.

Lastly, you need to execute. Don’t overthink things — just do it. People tend to overcomplicate things because they overthink them. It’s like skiing: You have to forget about the mountain and just do it. If you make decisions fast, you still have time to correct your course. But if you hesitate, you loose that margin of error.

Focus on what works, and keep things simple. Your goal is the easiest path to success, not the hardest.

I haven’t always been 100 percent honest with myself or my team. But this only leads to failure. Only when you face reality can you take the right action. If things aren’t going great, tell someone, then people can start helping you.

What’s one business idea that you’re willing to give away to our readers?

Somebody should build a service to monetize videos. As an independent video producer, there’s no easy way to sell my videos to my audience. I think that’s a huge gap in the market that nobody seems to be addressing. YouTube and other platforms only allow monetization through ads, but nobody has a pay-per-view or subscription model for indie directors.

I finally subscribed to Buffer. It makes sharing things on social media so much easier.

I use and love so many different services, including Gmail, Fantastical (the best extension to quickly create calendar events), Dropbox, f.lux, Asana, Simplenote, Balsamiq (which is great for creating user interface mock-ups), Sunrise Calendar, Inbox by Gmail, Medium (for simple blogging), and Harvest (which simplifies invoicing for freelancers and small teams).

What’s the one book that you recommend our community should read and why?

A few people have influenced me, including Bill Walsh (author of “The Score Takes Care of Itself”), Jack Welch (former CEO of General Electric and author of “Winning: The Ultimate Business How-To Book”), Arnold Schwarzenegger, Alfredo Jodorowsky, George Lucas, Bill Drummond (founder of The KLF and author of “The Manual”), and Paul Graham.