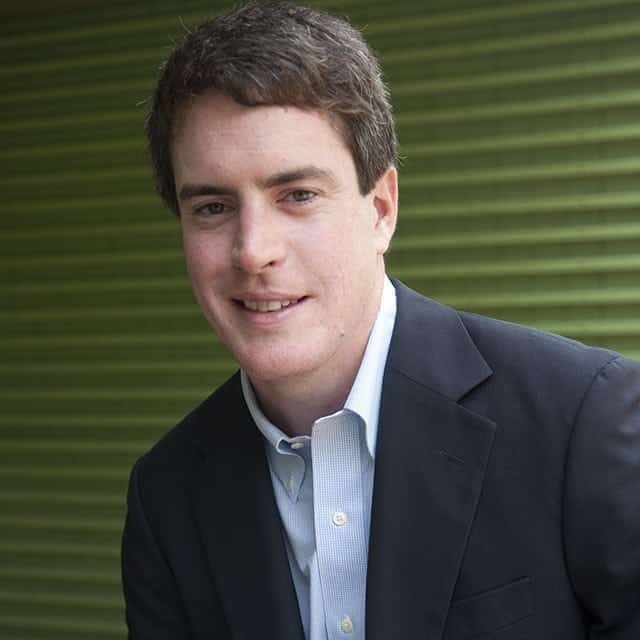 [quote style=”boxed”]The best part about a small business is that we do not have to get any approval from higher ups. If we want to try anything, we try it. If it does not work, we move on. If it does work, we will ride it until we think it has run its course. [/quote]

Michael Icenhauer knew from an early age that a future revolving around a desk job would be out of the question. A native Austinite, Mike was born and raised in the heart of the Lone Star State with a love for wide open spaces and exploring new places. Michael stayed true to his Texas roots and graduated Texas State University with a Bachelor of Arts in history.

After graduating college, Michael found himself following the family footsteps by working for a couple of different law firms until he came up with the perfect way to get out of the corporate rat race. Determined to switch his position from behind a desk to behind a bar, Michael saw the growth potential of establishments on Rainey Street and did not hesitate to jump at the opportunity. With no restaurant or bar experience prior to opening Icenhauer’s in 2010, Michael knew the only way to learn the ropes was to dive in and learn from the ground up, so he worked as a busboy for six months at Tacos n Tequila. The six months of hands on experience were exactly what Michael needed, as icenhauer’s has quickly become a favorite among Rainey Street regulars and newcomers alike, and has even won awards such as Most Notable Restaurant/Bar from the American Institute of Architecture. The secret to his success is laid back management because he feels that “a happy staff makes for a more productive workplace.”

Michael resides in southwest Austin with his fiancé, Whitney, and their two dogs, Reddy and Charley. When Michael is not working at the bar, he can be found bird hunting, watching college football, playing with the dogs or delving into his passion for photography. Michael is also a member of the Young Men’s Business League of Austin that helps send underprivileged kids in Austin to summer camp. While a small business owner’s job is never-ending, Michael makes it a point to find a healthy balance with hobbies, charity work, and spending time with family and friends.

What are you working on?

Right now, I am just doing the day to day behind the scenes for Icenhauer’s. A bar seems like such an easy job but there is ALWAYS something that needs attention. Running a business is a job that never ends.

Where did the idea for Icenhauer’s come from?

I was living on Rainey Street when Lustre Pearl first opened in April 2009. Being the first bar on the street, it took a little while for people to discover it. A few months later people were coming from all over Austin and I knew that there was something there. We bought our property in June of 2009 and opened in September 2010. A little over two years later, the street has exploded and we are very happy to be a part of it.

What does your typical day look like for you?

It depends on which day of the week it is, but I try to maintain a set schedule as far as running errands goes. It all depends on the day.

The best part about a small business is that we do not have to get any approval from higher ups. If we want to try anything, we try it. If it does not work, we move on. If it does work, we will ride it until we think it has run its course.

In my industry, I think the move to craft beer is really exciting. There are a bunch of breweries in and around the Austin area that are putting out a great product. More and more bars are switching draft taps to support local and I think it is cool to see that support. A couple of my favorites Thirsty Planet Brewing Company and Austin Beerworks.

What was the worst job ever had and what did you learn from it?

Before we opened Icenhauer’s, I worked as a busboy for 6 months. The experience was eye opening for one reason: people that low on the totem pole get treated like they are nothing. I knew that I did not want to treat my employees the way the guys that I worked with were being treated.

Honestly, there is not a whole lot I would do differently. We ran into some obstacles from the time we started acquiring permits to start the demolition and build. With each problem we ran into, I believe it shaped the business for the better. I have definitely learned that not everything will go your way and to roll with the punches.

My one recommendation would be to constantly critique the job you are doing. There is a show on TV called Bar Rescue and I watch just to see if I can pick anything up to learn. I catch myself watching others in the same industry to see how they do their job. Every day is a learning experience.

What is one failure you had an entrepreneur, and how did you overcome it?

In the beginning, I think I was too lenient on the employees and let them get away with too much. Live and learn.

Banks, but I think that idea has already been done. You might want to check that out.

My dogs! We have a GSP and a Cocker Spaniel. The German Short Haired Pointer is the coolest, most goofy dog in the world. They are a great ball of fun and never run out of energy!

What are your 3 favorite online tools or resources and what do you love about them?

The first would be Hotschedules, a site that lets you set schedules, control payroll and just a great tool for any business with more than 10 employees in general. The second two would be Facebook and Twitter. Both allow us to connect with our customers and fans. We could not survive without them!

I would recommend “The Greatest Generation” by Tom Brokaw. The book details the sacrifice that my grandparent’s generation made during World War II. I think that is an awesome and unique learning experience.

It definitely involved the dogs. We have stained concrete floors at home and if you get the dogs excited they will literally run in place.

Do you think the F1 track will be successful for the city of Austin?

I think we will have to wait and see. I think most business owners feel the same way unless someone has a crystal ball I do not know about.

Where do you see yourself in 10 years?