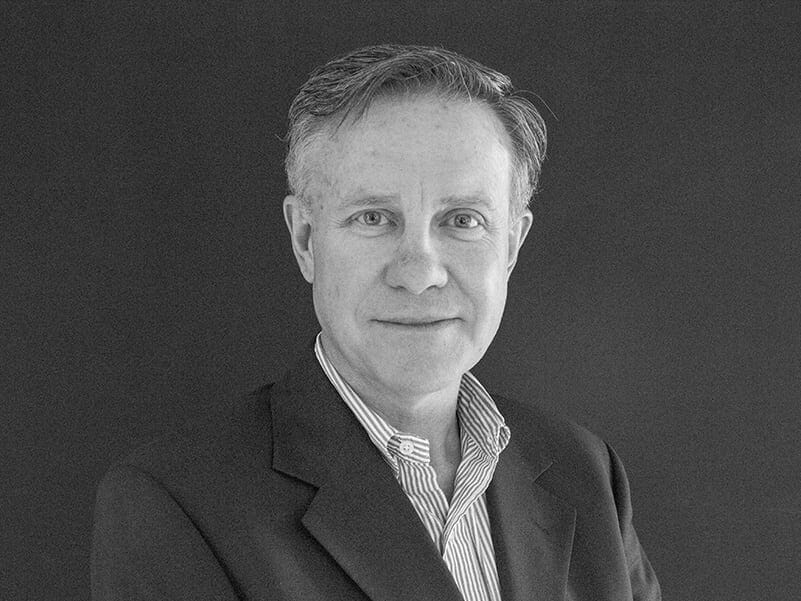 I try to spend an hour each evening collecting my thoughts, reviewing the pros and cons from that day and writing down action steps for the next day. I’ve heard this process described as “touch things only once.” I attempt to answer all of my emails that I haven’t addressed earlier in the day, even if unsolicited, so I can start the next day fresh.

Michael O’Hara is the COO of Leadnomics, a digital marketing and technology company with an industry-leading solution and a partner network that jointly create more valuable relationships between consumers and service providers.
Michael is an expert in creating and leading strong teams and managing change. His depth of knowledge comes from more than 25 years of experience as a C-level executive and consultant. Michael has successfully re-engineered and led organizations in a variety of industries, ranging from startups to companies with more than $7 billion in revenue.

Highlights of his distinguished career include serving as a publisher of several news outlets, including one of the first successful web-to-print publications; raising venture capital and completing acquisitions for technology firms; and turning around and growing revenue streams.

Michael is the board chair of the Trenton Catholic Academy, which supports underserved students, and enjoys spending his free time sailing with his wife and two daughters.

I try to spend an hour each evening collecting my thoughts, reviewing the pros and cons from that day and writing down action steps for the next day. I’ve heard this process described as “touch things only once.” I attempt to answer all of my emails that I haven’t addressed earlier in the day, even if unsolicited, so I can start the next day fresh.

I read on the train to work to get current with what’s going on in the world and in my industry. As soon as I get to the office, I make a list of things I want to accomplish, segregating that list into one-, two-, and three-star tasks. Three-star tasks have to be completed that day. At work, we have a 10- to 15-minute stand-up meeting at 10 a.m. to start the day, make sure all operational areas are on the same page, and put any pressing issue on the table for attention.

After all that prep, it usually goes downhill from there!

Management is defined as “getting things done through others.” I try to mentor and coach ideas out of team members as much as I can because ideas are always better executed if stakeholders take some ownership of them.

I am at the point in my career that I don’t need to take credit for ideas. I’d rather be the mentor or enabler of an idea. Like a football coach who doesn’t take credit for a pass into the end zone for a touchdown, I’d rather look at the film and help develop the plays.

I love the idea of integrating close proximity technology and marketing like Bluetooth, Bluetooth Low Energy, and near field communication with practical applications and opt-in value.

I’ve never really had a bad job since I started working at 15. I have worked for some companies and individuals who were not very nice people and didn’t share my values. Some of these jobs were not what I thought I’d signed up for, but I learned from all of them. I’ve learned how not to treat people in some cases, how to hold myself to a higher standard, and how to not be a micromanager. As they say, “That which does not kill us makes us stronger.”

There is a business to be had, I believe, in right-priced concierge or coaching for personal branding technologies like LinkedIn, Twitter, and Instagram. These are social technologies that everyone should be using, and a branding concierge could make these far more productive.

For LinkedIn, in particular, a branding concierge could provide a business opportunity for an inspired entrepreneur. The majority of people have a LinkedIn profile, and everyone should have one. But people take so little time preparing their profiles, which are more accessible than résumés. If you don’t have one, it’s conspicuous by its absence. If you do, you need a great headshot, a thoughtful summary, and a careful chronology of your business history, charitable involvement, and skills — whether you’re looking for work or merely business networking.

And your LinkedIn profile should complement your personal brand across your entire social media presence. A personal branding concierge could develop a pricing plan that fits all user types and would be far more valuable than a résumé editing service.

What is the best $100 you recently spent, and why?

I’m a sailor, and I love to listen to music when sailing. I found a rugged, water-resistant Bluetooth speaker for use in the cockpit in all weather conditions. I can stream my tunes from the cabin, but it also acts like a car’s Bluetooth system with my mobile phone.

Probably the most valuable SaaS programs that I use today are Evernote, Slack, Dropbox, and LinkedIn.

Evernote is priceless. I am a note taker and use notes to prioritize everything I do in my personal and professional life. The beauty of Evernote is that once you take a note or create a list, it resides on all of your devices, including your work and home computers, tablets, and mobile devices. It’s always with you, and the notes are very liberating because you’ve written them down.

LinkedIn is the best networking tool I can possibly imagine. You’re usually only one click away from someone you want to talk with and almost never more than two degrees of separation from that person.

I love Dropbox and use it across professional and personal applications. It, too, is becoming ubiquitous in business use, and companies just assume everyone uses it.

Slack takes instant messaging to a whole new level. I honestly think it’s the best-of-breed IM system out there, and its ability to integrate channels would make it hard to ever go back to more traditional instant messaging.

“The 4-Hour Chef”  by Tim Ferriss is not to be missed. It’s not Ferriss’ insight into cooking that makes this book so powerful; it’s his insight into how we learn new things.

Ferriss is the author of a handful of “4-Hour” books, all based on his innovative approach to learning. “The 4-Hour Chef” happens to combine two things I’m most passionate about: food and higher learning. It’s a terrific book, and I now subscribe to both his blog and podcast series, “The Tim Ferriss Show.”

There are two people who immediately come to mind: retired Gen. Norman Schwarzkopf, a native of the town where I live, and Thomas Jefferson.

Schwarzkopf said in the first Gulf War, “A title gives you responsibility, but only people can give you respect.” I could not agree more as I feel you have to earn respect from your staff and colleagues. Respect cannot be legislated, mandated, or given because you might have a bigger title. People will follow you to the end of the Earth if they respect you and believe that you really have their best interests at heart.

Jefferson was an extraordinary man and an inventor, writer, and foodie. My favorite line from Jefferson (I paraphrase here because many people have uttered variations of the expression) says, “If I had more time, I’d write a shorter letter.” We live in a time in history where digitization of content has cheapened and commoditized the written word. I put more value in trying to write and seek content that is written with brief, clear, and succinct economy. Take the time to say more by saying less.