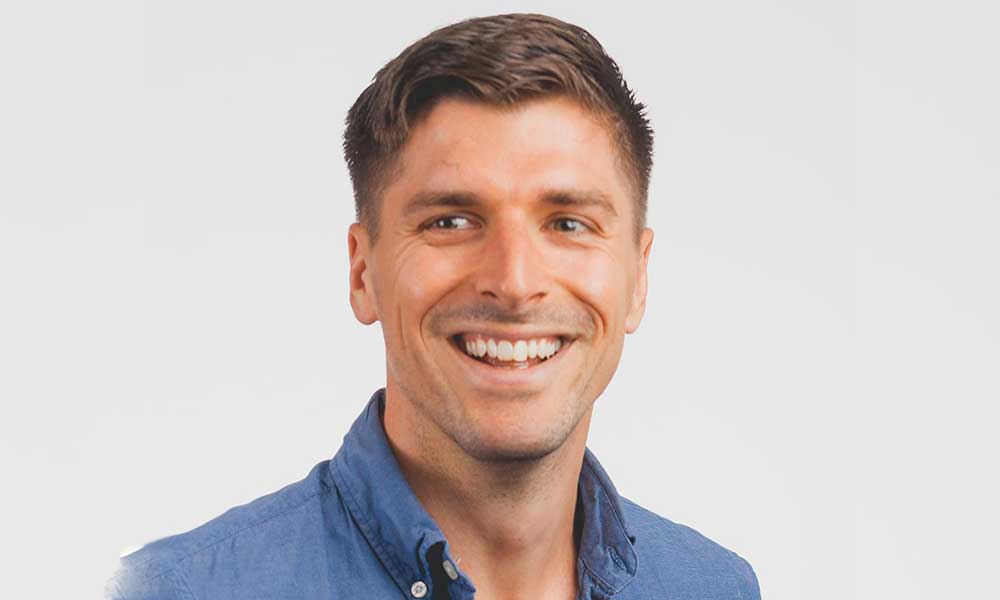 Staying physically fit and healthy is the only way to achieve longevity in any professional pursuit. You’ll feel better, be more productive, and hopefully live longer.

Michael Overell is CEO and co-founder of RecruitLoop, a global marketplace of recruiters and sourcers who work on demand. Previously, he worked with McKinsey & Company, PwC, and EY after graduating from the University of Queensland with degrees in commerce and arts.

His writing on talent management and modern work has been featured in Forbes, Huffington Post, and The Sydney Morning Herald. In 2013, Michael relocated to the Bay Area from Sydney to launch RecruitLoop in the U.S. He currently lives in Oakland, California, with his wife (who is also in human resources), young daughter, and dog.

Where did the idea for RecruitLoop come from?

One of my co-founders (who is now chairman) was a successful small business owner who had hired hundreds of people over the span of his career. While he knew the hiring process was critical to his business, he was frustrated by how difficult and time-consuming it was to do himself. But he also couldn’t stomach the high fees charged by traditional recruiters — often for very little work!

In 2008, he discovered a middle ground. He met an independent recruiter who worked from home and billed by the hour. It was the perfect solution. It saved time and brought the average cost to less than $3,000 per hire.

Fast-forward a few years, and this problem was still nagging at him. He started working with a developer (another co-founder) to explore ways to bring this solution online. A chain of coffees and meetings led him to a young entrepreneur (That’s me!), and we started exploring the idea together.

What does your typical day look like? How do you make it productive?

It’s changed quite a bit over the past year as I’ve adjusted to life as a new dad. I’ve been experimenting with different schedules and working a few days from home to avoid the commute time. We’re a distributed team split across five countries, so this has had very little impact on my role.

I typically start the day at 6 a.m. with a coffee loaded with butter and oil. After I run with our dog, Shasta, and help get my daughter ready for the day, I get to work. I spend the morning working with the team on growth-related tasks such as sales, marketing projects, client support, and product development.

After a midday lunch (usually my first meal of the day), I spend the afternoon on customer and external calls. To minimize travel disruption, I try to keep in-person meetings and coffees in the afternoon. From about 4:30 to 6:30 p.m., I hop on internal team calls and working sessions (by now, Australia has come online). After that, I usually head home for dinner with my wife and bath time and playtime with my daughter. From 9:30 until late, I dedicate time at home to focus on any remaining priorities.

I’m a visual thinker and like to start with a pencil and blank sheet of paper. This helps me structure an idea, wireframe a page, or gather my thoughts. From there, I’ll move to whatever collaboration tool — usually Google Docs or Slides — is best suited to sharing and expanding it with the team.

I’m excited by the potential for devices and wearables to start influencing personalized health outcomes. I’m a hobbyist health and fitness tracker, and I think we’re only starting to scratch the surface of how these trends could have a major impact on societal health issues like obesity and diabetes.

Focus. I’ve learned to despise multitasking in a work environment (but love it in my personal life — e.g., dog walking and groceries). When I need to get something done, I’ll put on my headphones, close email, block the calendar, and just do it.

During a university holiday, I worked night shifts (8 p.m. to 8 a.m.) in a family friend’s small plant that manufactured plastic rainwater tanks. We would melt and form plastic in massive spinning vats to produce 10,000-liter water tanks. Customer demand was non-stop due to the chronic drought in Australia, so the plant operated 24 hours a day.

It was hard physical work with a terrible schedule, and I’d often head directly to a morning shift at my usual part-time job. But it paid nicely, which was all that mattered at the time.

I’d keep a daily journal of any wins, frustrations, and lessons. It’s so easy to get caught up in the moment and forget to celebrate small wins and milestones along the journey. I’ve recently started this habit, and I would love to have it as a reminder of those early days.

Exercise. Staying physically fit and healthy is the only way to achieve longevity in any professional pursuit. You’ll feel better, be more productive, and hopefully live longer.

Creating great content. I’m a big believer in the compounding power of content marketing. It builds your brand, credibility, and, ultimately, traffic and customers. Because it takes time to pay off, it’s a strategy that requires faith, but it has been a huge driver of growth in our business.

What is one failure you’ve had as an entrepreneur, and how did you overcome it?

I’ve had many! The most painful one came after we raised a small amount of seed funding and quickly expanded the team. After several months, we realized we had prematurely scaled in some areas, and we weren’t seeing the growth we needed. We took the very painful but necessary decision to restructure, reduce our cost base, and focus on getting a few of the building blocks right. We’ve since bounced back in a much stronger position, but I’ll never forget the lesson.

What is one business idea that you’re willing to give away?

Uber for babysitters — as in booking a great, verified babysitter with two clicks on a phone.

I bought a friend’s set of secondhand snow skis for $50 when he moved back to Australia. It was a great deal on some fun skis (I’ve just transitioned back to skiing from snowboarding), and now I can avoid renting!

Our team is distributed across five countries (sometimes more). We’ve worked hard on a “collaboration stack” to make our remote work as productive as being in an office — and hopefully more fun. Examples include Slack for communicating with my team, Zoom for group videoconferences, Google Docs for getting stuff done, and Asana for project management and structuring our work, goals, and tasks.

What is one book that you recommend our community should read?

On the theme of distributed work, I love “The Year Without Pants” by Scott Berkun. It’s a journalistic insight into the company behind WordPress, which is completely distributed among hundreds of employees. It’s given us inspiration and practical tips for making this work in our own team.

Shane Parrish and his Farnam Street Blog have been a constant source of interesting ideas and summaries of big influencers. He does a lot of the hard work synthesizing big ideas into digestible posts.