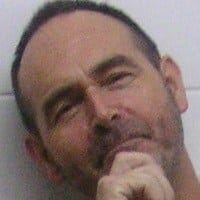 [quote style=”boxed”]My biggest mistake was to lose my work-life balance.  I learnt that I must try to find it again next lifetime.[/quote]

Dr. Mick Donegan is the Founder and Director of SpecialEffect, a charity dedicated to use leading edge technology to enhance the quality of life of people with disabilities.

He has been involved in several highly regarded and influential projects, such as the DfES/Becta sponsored Speech Recognition Project (completed 2000), Telenet (completed 2002), which examined the use of remote support technology for people with severe disabilities, and ‘DECO’ (completed 2006), a joint project with Professor David Mackay from the Physics Department of Cambridge University. He has published widely and won many awards for his work. Mick’s talk on The DECO Project, which made ‘Dasher’ (arguably the world’s quickest way to generate text for people with physical disabilities in any language) ‘eye control friendly’ led to an award for ‘Best Platform Speech’ at The ISAAC Conference, Natal, Brazil, in 2004. In 2006 he was awarded a PhD for a longitudinal study investigating the conditions for success in using Assistive Technology for people with physical disabilities in mainstream education.

During 2004-2009 he was the User Requirements Coordinator in COGAIN, a European Network of Excellence investigating the use of gaze control for people with complex disabilities. In 2008, he founded a charity, SpecialEffect, which uses specialised technology to enhance access to games and creative self-expression for people with a wide range of disabilities. In April 2009, he was involved in SMARTlab’s ground-breaking ‘Duet for Eyes’ performance at the Science Gallery, Dublin, during which two people with complex disabilities performed a musical duet using gaze controlled technology, accompanied by some of Ireland’s leading professional musicians.

Currently, as well being an associate Senior Research Fellow  at SMARTlab, Director of his own charity and an active member of the SHIVA project, he is also an Advisor for ‘TOBI’, a European Project investigating the use of Brain Control for people with complex disabilities.

Mick is driven by a desire to utilise whatever technology is available to reduce the gap between potential and performance for all people with disabilities and an eagerness to collaborate with others who are similarly motivated to enhance their quality of life as much as possible, as quickly as possible.

One of my problems is that I always try to do far too many things at once. Two exciting things at the top of the list at this moment in time, though, are (a) helping plan a small project to support parents of disabled children in Zimbabwe in introducing their children to assistive technology and (b) collaborating with the Technical University of Berlin on brain control technology for people with complex disabilities.

I’m afraid I don’t have a typical day – it’s always a combination of a variety of things like (a)  projects using cutting-edge technology (eg gaze-control)  for people with the most complex disabilities – (b) creating software for people with disabilities (I’m working on a fully accessible chess program at the moment), (c) my administrative role as Director of SpecialEffect, a charity dedicated to games accessibility and (d) supporting Ph.D students as an Associate Senior Research Fellow at SMARTlab, University College, Dublin.

The increasing use of online communications technology (eg. Skype, GoToMeeting, etc.) to enable people to work or receive technical support from home – saves time, money and carbon emissions (b) the way the internet is being used as a tool for sharing ideas, information and fun. At its best, the Internet can be a joy. As a comment on the following YouTube clip, someone recently wrote something like “Thank you Internet. To think I might have gone my whole life and never seen this!” (c) the anticipated impending arrival of gaze control as a mainstream technology (see below).

By, luckily, having the support of a group of highly talented friends and colleagues from around the world who are kind/crazy enough to help me realise them – scientists, programmers, technical specialists, health and education professionals, my magnificent team at SpecialEffect and, of course, people with severe disabilities themselves.

Anyone who is SO passionate about an idea that they are completely devoted to bringing it to life, whether it’s Charles Greenwood, who spent 40 years developing a human-powered car – or Jean-Yves Blondeau, also known as “Rollerman”

My biggest mistake was to lose my work-life balance.  I learnt that I must try to find it again next lifetime.

To integrate gaze-control into mainstream technology. Tobii revealed their prototype Lenovo at Cebit but it’s only a matter of time before it becomes as common a mainstream interface as a touchscreen or mouse. And when THAT happens, what will be great is that people with disabilities will be able to use it too, at a reasonable price, instead of having to pay thousands of euros for a high-quality gaze controlled system.

I’m ashamed to say that I usually only read ‘light’ literature to help switch off my mind at the end of the day to help me get to sleep – Jerome K Jerome, Arthur Conan Doyle, P G Wodehouse, etc.    I read these same books, by the same authors, time and time again. It helps a lot having such a lousy memory – I always forget the endings so it’s like reading a new book every time.  Some days can be pretty emotionally demanding for me and I simply need a way to escape to somewhere familiar and safe.

Could I suggest two please? Firstly, I would recommend that your readers take a look at “Three Men in a Boat” by Jerome K Jerome. It was only ever really intended to entertain but I’ve more or less built my whole life around its commonsense philosophy.  Look especially at the part of the book that talks about throwing the “lumbar” from a heavy rowing boat – a Victorian take on Feng Shui!

The other is “The Diving Bell and the Butterfly” by Jean-Dominique Bauby, who  had locked in syndrome followng a massive stroke. He used only eye movement to write the book letter by letter, choosing letters from the alphabet read out by a helper.  The film of the book is remarkable, too.

Dragon NaturallySpeaking 11 – with this version, I feel that speech recognition has made another quantum leap and IS well worth trying again for those who’ve been disappointed by earlier versions. Without it, I wouldn’t be able to get anywhere near as much work done. In fact, I’m writing this with it – hope I’m not making too many mistakes!

Sadly, it’s a little late to request an interview with Leonardo da Vinci but, as a second choice, could I request another remarkable Renaissance Man, David J C MacKay, a Physics Professor at the University of Cambridge and Chief Scientific Adviser to the UK Department of Energy and Climate Change (DECC)?

Why are you so passionately enthusiastic about cutting-edge technologies such as eye-gaze and brain control?

I cannot help sharing an intense feeling of frustration – the closest word I can find to express the emotion is anger – on behalf of the many people who have severe disabilities and are unable to communicate or control technology as quickly and effectively as they could, given the right technology and support -particularly those who cannot communicate independently at all. I’m driven by wanting to reduce the frequently HUGE shortfall between the limited amount that they can currently achieve and what they could potentially achieve.  There are so many wonderful new developments in technology and so many wonderful people out there that I’m driven to do what I can to bring these technologies and people together to help those who need our help the most.

If you ever could manage to sort out your work-life balance , what would you like to do?

Try to become slightly less inept at fishing.  Because I don’t often get the chance, on those rare occasions when I do go fishing I am absolutely hopeless. I seem to sit for hours without a bite while everyone around me, including children hardly out of nappies equipped only with a worm on the end of a piece of string, pulls fish out of the water by the shoal!