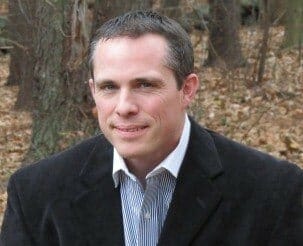 [quote style=”boxed”]Similar to a stand-up comic, I first test my material with people who are close to me. If they tell me the idea sucks, I’ll ask a bunch of people I don’t know until someone’s says they like it.[/quote]

Mike Bellamente is the director of Climate Counts, a national organization that rates major consumer brands on their commitment to addressing climate change. Prior to joining the organization, Mike established his career with Level 3 Communications in Broomfield, Colorado, before serving as primary environmental liaison for NADO, an economic development public-interest group in Washington, DC. Following the Deepwater Horizon oil spill in 2010, Mike was named to the economic solutions team—which was led by the White House—to conduct impact analyses for oil-impacted communities.

Bellamente has written extensively on the role of the private sector in combating climate change. His work has appeared in Huffington Post, GreenBiz.com, and Corporate Responsibility Magazine. In February of 2012, Bellamente was named to Ethisphere’s list of 100 most influential people in business ethics. Mike received an MBA in international business from the University of Edinburgh, Scotland, and a bachelor’s degree in marketing from Plymouth State University.

I’m trying to figure out how to repackage climate change in a way that inspires people. When Climate Counts first began rating companies in 2007, climate change wasn’t so politically polarizing like it is today. Instead of coming together as a society to address the issue, politicians have turned this into a Right v. Left issue, which has caused people to tune it out altogether. The science hasn’t changed—just people’s perceptions of the science. It now falls to me and the people in the “outreach” business to tell the story in a way that’s compelling, guilt-free and non-partisan. Most major companies have a climate and energy strategy that’s tied to risk avoidance; for them it just makes business sense to protect their assets. These are the stories we need to tell.

Where did the idea for Climate Counts come from?

Climate Counts was actually the brainchild of Gary Hirshberg, chairman and former CEO of Stonyfield Farm, a New Hampshire-based organic yogurt producer. The original idea was to give consumers the information they needed to make purchasing and investment decisions in a way that would drive sweeping changes in how companies measured and managed their greenhouse gas (GHG) emissions. Similar to the disinvestment movement in South Africa that eventually led to the end of apartheid, Gary saw the potential to get the public motivated in a way that would drive the private sector to act on climate change. Then, of course, the financial crisis came and people stopped worrying about climate change.

Similar to a stand-up comic, I first test my material with people who are close to me. If they tell me the idea sucks, I’ll ask a bunch of people I don’t know until someone’s says they like it. Then I’ll focus on how I can get the most out of the idea quickly, without spending a great deal of time or money. I’ve found, through running a nonprofit, that time and money are very difficult to come by.

It’s all over the map, really. One day I’m writing articles on climate change and guest lecturing to business students, and the next I’m out fundraising and planning peer learning events for our corporate partners who are interested in driving this issue forward.

The fact that the concept of “sustainability” is steadily gaining traction in the private sector is something to be positive about. Politicians will always be morons. What we really need is for good ol’ American business to lead the clean technology revolution in a direction that will put the U.S. back on top. I honestly think we can get to a point where no one has to sacrifice their Ford F-150 for the good of the environment—cars and trucks will eventually run on magical fuels made from waste. Mark my words.

I had a job at a startup company in Denver, where I had to cold-call builders, plumbers and electricians to buy our service. That was the worst job ever. I don’t think I made one deal. I learned that no one should ever call someone unsolicited unless they’re notifying them that they’ve won a lot of money or that there’s a bomb in the building.

Not to diminish the importance of things like abortion, gun control and poverty, but I think we need to begin viewing climate change as its own separate thing. It disturbs me to see how politicized the issue has become and how people are just linking it to their existing ideologies, thinking, “Oh, you’re environmentalist, so you must be a democrat.” When scientists tell me that smoking causes cancer or that the earth revolves around the sun, I tend to take their word for it, as I, myself, am not a scientist. I wish more folks would do that too, and I’ve made it my mission in life to help those poor scientists get their words out to us normal folk about climate change.

Polar bears are pissed that they’ve become the face of climate change. In fact, most of them are invested in big oil. (Don’t ask me how I know).

A Brave New World. It’s a classic and everyone should read it. Also, it illustrates the power of uniqueness and individual thought. Today, it seems like people are very okay with being told what to think by the folks at Fox.

Peter Forsberg. He’s retired now, but he was the greatest hockey player to ever live.