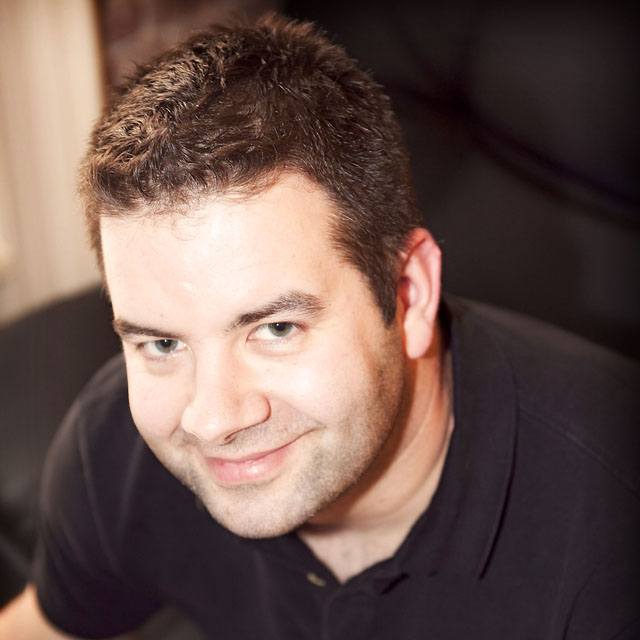 [quote style=”boxed”]Learn from [your mistakes] quickly, and don’t repeat them time and time again. Move on and make new mistakes. Also, find a good project management tool that works for you and use it daily![/quote]

Matthew Wallington was born in St Louis and moved to Portland, Oregon, with his family, when he was 10 years old. He immediately took a huge interest in computers and learned how to program in HyperCard on the original Macintosh in the early 1990s. He ran his own BBS out of his garage when he was in middle school, and later spent about eight years at Intel in various software engineering and technical marketing roles. Then he joined forces with CPUsage where he now leads the technical side of the business.

I’m working on CPUsage, which is a Portland-area cloud computing company building the world’s largest distributed compute grid by harnessing the power of idle computers around the globe. CPUsage offers an infrastructure as a service through a simple API, bringing the power of our on-demand, near-infinitely scalable distributed compute grid to our customers with high throughput compute needs.

Where did the idea for CPUsage come from?

My co-founder, Jeff, had the idea that sparked CPUsage after listening to a friend discuss how he submitted an electronic design automation (EDA) task to a set of high-powered servers that would take an entire night to complete. Remembering how universities and research organizations such as [email protected] and [email protected] used volunteer compute power from idle home user computers, Jeff realized there was a huge market for this type of compute power to be used in a commercial environment.

Every day is completely different in a startup, but my days mainly revolve around planning for new product features and validation, developing our core product, prototyping new solutions, or  sales and marketing. Sometimes I’m developing a new feature; other days I’m helping customers integrate our technology into their processes.

I have an incredibly talented team at CPUsage, and we have a refrigerator full of beer and energy drinks. This leads to some amazing “water cooler” conversations, which lead to brilliant new concepts and ideas. After vetting an idea with customers and our team, we prototype to figure out the idea’s viability. If there’s a customer demand for the idea and it makes sense for our business to pursue it, we bring the idea to life.

The cloud computing industry is focused on building more and more data centers that have greater capacities, offering more compute cycles and more power. There is also a growing demand for lowering the carbon footprint and reusing/recycling what we have already created. This is a trend that we at CPUsage are extremely excited about as we look to take full advantage of the millions of existing computers around the world to reduce the need for additional data centers and hopefully lower the carbon footprint.

I worked as a factory worker in a bread plant during high school, in temperatures of 115°F all day. My schedule was completely inconsistent. I would work a day shift followed by a graveyard shift two days later. I would come home with burn marks on both of my arms almost every day. I learned to work hard to better myself and to be extremely thankful for what I have in life.

From a big-picture standpoint, I am very happy with where I have been and how I got here. I’d do it all over again. I’d probably be a bit more efficient about how I got here, though.

I learn from my mistakes. As an entrepreneur, you will make tons and tons of mistakes. Learn from them quickly, and don’t repeat them time and time again. Move on and make new mistakes. Also, find a good project management tool that works for you and use it daily!

As they say, in a startup you could have both the best and worst day of your life in the same day. Things change so fast, and you go through extreme highs and extreme lows. One problem I’ve encountered is that when times are rough, it really starts to beat me down and wear on me. It’s hard, but I have to keep my chin up and remember that if it were easy, everyone would do it.

I’d remove hate, greed and the need for war. If I knew how to go about it, I’d be a world leader.

I moved to Los Angeles after high school and took acting classes. Obviously that didn’t work out.

Managing Humans: Biting and Humorous Tales of a Software Engineering Manager. I’m an engineer by trade. It’s a fun book that discusses how to deal with certain situations that can (and will) arise.

I watched an episode of Tosh.0 last night. It always makes me laugh out loud.

My parents instilled a very strong work ethic in me at an early age. When it was legal for me to work, I was out working. My mother drove down to the local grocery store when I was still 15 to get me an interview, knowing that I was turning 16 in a few short weeks. My parents (even though they were a little skeptical when I told them I was going to quit my career job and start a business) have supported me all along the way. Without them I wouldn’t be where I am today.

Mario Schulzke is the Founder of IdeaMensch, which he started a decade ago to learn from entrepreneurs and give a platform for their ideas.