Most Popular Interviews of September 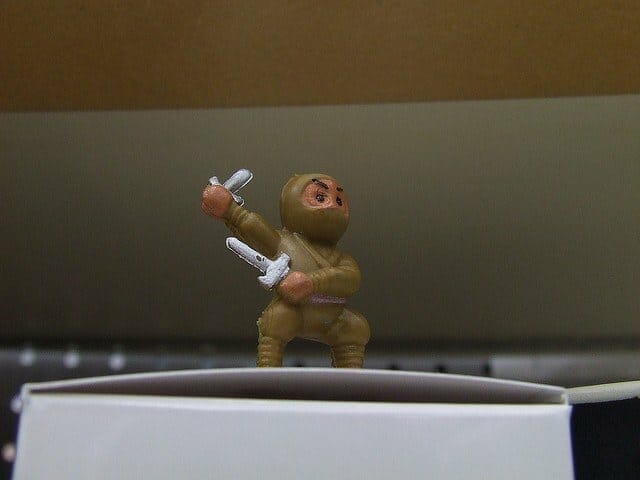 It’s that day of the month again. Judgement day. Time to reveal our most read, most popular, most incredible and most celebrated interviews of last month. From a reputation perspective, being named to this list lays somewhere between being named High School Athlete of the Week by your local newspaper (speaking from experience, I was named Ravalli Republic Athlete of the Week numerous times in 1997 – without the influence of performance enhancing drugs, I should say)  and Time Magazine’s Person of the Year (no experience there).

Anyways, our September list is quite interesting. We’ve got a guy who calls himself a ninja, a lady who calls herself the Patron Saint of Content Strategy, the gentleman who created Farmville, a male model and the dude who many call the Google guy.

Now tell me that we don’t interview the most interesting people in the world.

The big question is: who came in first?

That’s a pretty stupid question. The ninja did. Of course.

Geordie Aitken is a Ninja Trainer at the Aitken Leadership Group. And since ninjas don’t know fear, his answer to the question about one mistake he has made, made absolutely no sense to me.

[quote style=”boxed”]Not doing things because of fear is always a mistake. Those may be the only mistakes. I’ve made a number of them.[/quote]

Ok, so we all knew the ninja was going to win this. No surprises there. But who came in second?

That is stupid question number two. The patron saint. Since patron saints have already transcended to the metaphysical, they are believed to be able to intercede effectively for the needs of their special charges. That’s what Wikipedia says and that’s what must be true.

Actually, I really don’t know what that means but I can tell you that Kristina Halvorson came down from her cloud and gave us one hell of an interview.

And since she’s the Patron Saint of Content Strategy, it is no surprise that she enlightened us about content strategy and her recommended process.

[quote style=”boxed”]1. Audit the content you have. List it in an Excel spreadsheet. Look long and hard at it.2. Put someone in charge of the content at the beginning of the project. Not just the content creation, but really asking tough questions about it and finding out who has the answers. And make sure it’s someone who can get really close to the content, like the writer or the IA. The earlier this happens, the better. 3. Every time someone suggests a new piece of content (or microsite, or image gallery, or social media account, or blog, or app), as “why?”[/quote]

So third place came down to the creator of Farmville, a male model and the Google guy.

Not because he co-created Farmville but because he’s also the co-founder of a company called BetterWorks–and you’re not going to lose if you have the word “better” in your company title (it’s a simple but effective business strategy that really only fails when you’re up against either ninjas or patron saints – btw have you thought about hiring me to help you figure strategies for your business?).

Anyway, I interviewed Zao Yang on the phone, which was embarrassing because he was ridiculously smarter than me. That being said, he taught us a lot about stuff like:

Find out why nobody has ever done what BetterWorks is trying to do. Listen to Zao describing his typical work day, which lasts from 10 AM until 3 AM. Learn how Zao manages communication across his team–on a daily basis. See how he manages an intense product roadmap and how tightly it gets managed. Find out about his beliefs about executing an idea–and separating strategies from tactics. He also tells us What he reads on the weekend, why KPIs and metrics are so important and even who his favorite artists is.

The number 4 spot goes to the male model, Matt McKinney, because generally speaking, ridiculous good looks always win–except when you’re competing with ninjas, patron saints or the guy who came up with one of the most popular Facebook games ever. Matt isn’t just ridiculously handsome (can you tell my girlfriend edited this post?)–he also said some super smart things.

[quote style=”boxed”]”I employ a method I call the ’10 to 1.’ Do ten times as much action as you do talking. You are more likely to give birth to an idea by actually working on a project than talking about one. Who knows, you may discover a new idea while you’re at it.”[/quote]

Our fifth contestant is also awesome. Not just because he too goes by the name of Matthew (short for Matthew Epstein), but because he tried really hard. He tried really hard to get Google to hire him–to the point that he was putting videos of himself without pants all over the Internet. And if he was trying so hard to get a job at Google, you can probably imagine the he went all out to do his IdeaMensch interview – ahem Borat suit.

While I won’t disclose any of those images that Matthew won me over with, I’ll end this post with the video that Matthew made for Google.

You are coming back right?

Ps. Image credit goes to one of our favorite ninja photographers.