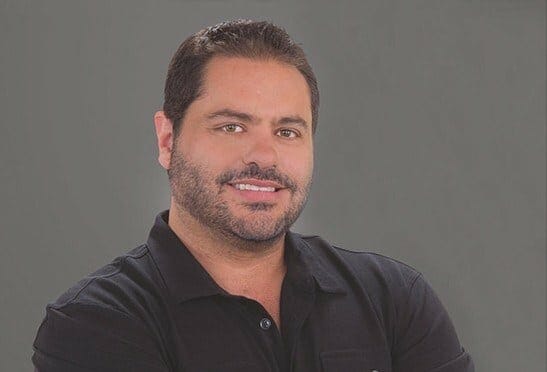 At some point after you have seen it and now internally believe it and have made the sound plan….. You must ACT

Nick Vertucci, the founder of NV Real Estate, came from a humble background. His life followed the typical “grass-to-grace” story. Vertucci hailed from a humble family, which could hardly make ends meet. His situation got worse after the death of his father when he was only ten years old. Vertucci life made a turnaround soon after his eighteenth birthday when he began his own business that specialized in sales of computer accessories. His prolific business career abruptly came to an abrupt end during the 2000 dot com crash after all his capital liquidated at the height of the dot-com bubble. Vertucci subsequently plunged into a financial quagmire as his debts accumulated to the point of losing his home. His enrollment to a real estate academy later inspired his venture into the real estate business that freed him from his financial problems. After leading a successful career as a real estate investor, Nick Vertucci launched the Nick Vertucci Real Estate Academy commonly known as NVREA.

Where did the idea for NV Real Estate come from?

Back in 2004 I became a student of the Real Estate training industry. At this time I was losing a tech business after the tech crash. I got invited to a 3 day RE class. After gaining some investing traction I walked away from my floundering tech business at this point millions in debt. I began investing and acquiring one door at a time ( real estate investing term ) Over the next ten years I changed my financial outlook and went from broke to flourishing financially. I created a turnkey system to investing into single family rentals. I was buying foreclosures , rehabbing them , renting them and managing them within my system. Not only for my personal portfolio but I was offering the to investors. I began selling them by the hundreds to the public through channels such a my own radio show “The Real Estate Investing Hour “

In 2014 after accomplishing what I set out to do which was turn my financial future around to the point of financial freedom. I decided to take my perfected investing strategies to the masses. I launched NVREA January 2014 with the mission of creating the best real estate training co the Industry has ever seen. We are currently doing just that.

What does your typical day look like and how do you make it productive? How do you bring ideas to life?

My days vary I don’t like to be put in a box. I have a corporate office in OC CALIFORNIA that I have my personal office attached to a mancave and outside patio. Both equipped for cigar smoking. I’m usually walking the different departments of the corporate offices. I am on the phone a lot with my teams that are out around the nation at various NV events. What I focus on in any business I have run is the areas that create revenue. I do NOT get caught up any personal and or business minutia. I stay focused on the engines that drives my businesses. I daily , weekly , monthly and yearly goals. Goals are stepping stones to ones vison.

How I bring ideas to life is something I am known for creating and saying.

You have to first see what you want. Envision the finished product/ business/ goal/ etc. You need a clear vison as to what you want to accomplish.

Then you have to believe the Vision. Most people don’t really believe they can succeed. They have fears. Fears of failure. Lack of confidence. Low self-limitations. They don’t truly believe they can be great. I train my students to realize their minds is their strongest muscle and until they build that up they will most likely stop themselves. I teach them how to do this and how to maintain it.

At some point after you have seen it and now internally believe it and have made the sound plan….. You must ACT! Take action and execute it! Or all you have is a great idea/ dream / plan etc. You must be able to make that decision and take that calculated risk and pursue your dreams.

I am seeing a new trend of entrepreneurship coming back to this country and that excites me big time. We live in the greatest county ever created. Regardless of all the challenges and differences we have that still is a fact. Society has been slow baked into a herd mentality and we are settling for less and are more dependent than ever. I see an upward trend of entrepreneurship which this country needs and I dig it.

I’ve created a pattern of self-belief in myself that is unbreakable. In spite of naysayers, haters and glass is half full critics I am able to keep pushing and succeeding. That I believe and teach my students is the difference of the successful versus the not so successful.

Plan for change. Nothing lasts forever be prepared financially for downtimes. Save, spend less and invest in as much real estate as possible!

Real estate has created more wealth for people than anything else over time if done properly.

I lost my tech business to market changes and lack of experience. I learned that you have to accept change. Realize nothing lasts forever. Be prepared financially for those times. Accept them and do not be stubborn. The book who moved my cheese is the perfect example of this concept. When your cheese gets moved go find different and better cheese. Be willing to change and evolve.

Wireless apple air pods. No wires, sound is sharp and you can talk on the phone easily and or listen to music.

I love researching topics of interest On YouTube and immersing myself in it.

My book that’s coming out by the end of the year.

“ Having the balls to succeed ”

It is a book with actual success principles that I personally applied in my own journey to financial success. It’s a real look at what it takes.