Founder of Freedom of Speech 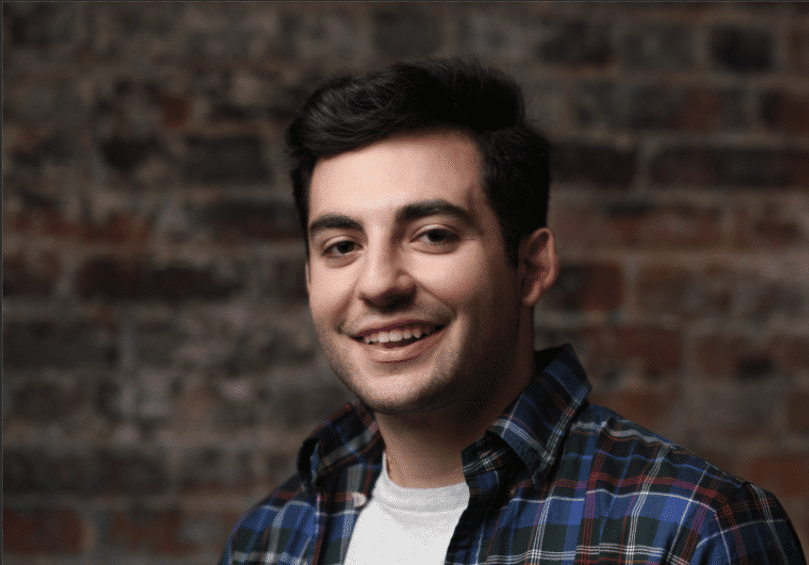 Nico Muoio is the Founder and CEO at Freedom of Speech, the game. After attending Fairfield University in Fairfield, Connecticut where he studied Business, Marketing, and Management, he moved to New York City where he lives and works today.

Freedom of Speech began as a successful Kickstarter that ended in late 2017 and currently has over 500 reviews on Amazon. Muoio now works full-time directing the company and promoting Freedom of Speech, the game.
Muoio designed the game to boost out-of-the-box thinking and spontaneity. But it also brings on eruptions of laughter while requiring participants to cast aside any embarrassment or shame they may possess around the often crass, always funny, topics. The result is a room full of “wholesome” fun and hilarity for all.

Where did the idea for Freedom of Speech come from?

From a very young age I was always extremely interested in how people made money and what people decided to spend their money on. Initially the idea that led to Freedom of Speech was based off of that exact premise, watching consumer behavior. I have a very vivid memory from high school coming across a game called “Exploding Kittens”, a popular tabletop game that launched in mid 2015. The game raised nearly $9million on Kickstarter in 30 days! At the time making $9 million dollars in one month selling a single product wasn’t even in my realm of possibilities. Watching that success in real time as well as watching my friends constantly play Cards Against Humanity really made me begin to think. As much as everyone believes the internet and video games are the future, there is clearly still some value in producing physical games as well. Both of these games along with many others are living proof that the physical tabletop game space is still alive and well, and in fact booming.

If a college kid had a baby with a traditional CEO, that’s my life. I could sit here and lie and tell you that I wake up at 5:30 and take a cold shower, then do breathing work for 45 minutes, but I don’t. I typically wake up anywhere from 7 to 8am where the first thing I do is check my email and make sure nothing is on fire. I then go workout and shower and get back to my desk. My mornings are usually when I am able to get a ton of work done without distractions, as the afternoon is usually filled with calls. By mid day I find myself beginning to lose focus, and I go meditate. Meditation is like a super power for me. In 20 minutes I’m rewired and ready to go. I usually work until 6-7pm and then take a break, but I often find myself back at my desk until about midnight most days.

I just go, by nature I am an extremely impatient person. Whenever I think of a new idea, for Freedom of Speech or for another company I’m working on, I’ll just sit down and brainstorm until I can’t anymore. Then once I have all of my ideas out I’ll start to create an action plan on how to accomplish everything I came up with.

The technological advances disrupting entrepreneurship right now are incredibly exciting. We are living through a monumental time where everyday the barrier to entry into the market decreases. I think it’s amazing that a mom in a small town in Indiana can now start a small business selling soap out of her garage, and reach thousands of customers online for free. This really opens doors to a new generation of brilliant minds to enter into the business world that in the past wouldn’t have been able to.

I’ve learned to listen to my body. I’ve worked on possessing the discipline to stop working when I need to, to take a break or meditate. Often when returning from the break I’m incredibly focused and excited to work again which negates the time I spent taking the break. It always far outweighs spinning my wheels and trying to power through the stalls in my work day.

Work on your patience now, as having the expectation that everything will happen instantaneously will be crippling at times.

Keep learning. The world is ever changing and staying informed is frequently the difference between success and failure.

Doubling down on the forward-facing aspects of the business. The pictures, the videos, the social media pages, everything the customers see when they’re trying to make the decision on whether or not to trust your brand and purchase from you. The cost of developing attractive branding and messaging is nominal in comparison to the returns those changes usually garner.

I’ve had a number of “failures”, and I think they have all taught me one thing. The ability to pivot and continue forward. All the failed initiatives I’ve faced in the past few years have led me to become extremely good at failing quickly and changing directions. A really memorable lesson I learned very early on with Freedom of Speech was the importance of inventory planning and momentum. After our Kickstarter campaign had ended, we were left with a difficult question to answer “ based on the demand shown on the Kickstarter how many units should we order while trying to budget enough cash for marketing expenses”. It was very hard to gauge/predict the demand from the market. The initial crowdfunding campaign wasn’t as successful as we had hoped, so when it came time to place that first order, I chose to go in with a very conservative first run. At the time, it sounded like the right thing to do, but once we put our marketing and advertising strategies to work, we quickly sold out and lost all of the momentum we had built, requiring us to essentially begin again once we had more stock in place. We do a better job these days forecasting sales, but the COVID-19 outbreak has definitely provided new learning on this topic. You can’t guardrail against everything.

Outlook calendar. In the past I would neglect using a calendar to help with time management, now I couldn’t live without it.

I am not much of a reader, but one book that I read that stuck with me, is Influence by Robert Cialdini.

“Nothing draws a crowd, quite like a crowd.” – P.T. Barnum — Social Proof in my opinion is one of the most important, if not the most important thing in business, and this quote is a perfect representation of that.