Nimrod Back – CEO and Co-founder of Pressy 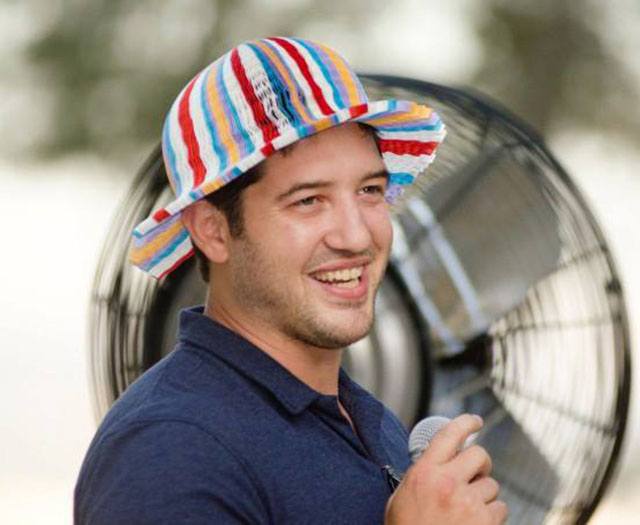 [quote style=”boxed”]I consult and ask for advice. I have a lot of very talented friends that I trust, sometimes I’ll take their opinion over my own. In every big step I take I consult with them.[/quote]

Nimrod Back is the CEO and Co-founder of Pressy. Nimrod is an entrepreneur, an industrial engineer, a mobile applications developer and a nice guy. Nimrod is only 29, and still has most of his career ahead of him. In August, 2013 Nimrod and his partner, Boaz Mendel,lanceda campaign for Pressy on the crowd funding website Kickstarter. Pressy raised $700,000 during 47 days from over 28,000 backers making it the 13th most popular project out of more than 116,000 projects.

Where did the idea for Pressy come from?

Pressy is a small physical button that connects to the headphone jack and allows the user to perform common actions with a simple intuitive click. The idea came to me while I was conducting QA tests for a different app. I noticed that in order to test different functions of the application, I had to go through the tedious task of waking my device up, unlocking it, closing my Facebook, finding the app and testing that function. I was looking for an easier way, without all the hassle, and realized that this wasn’t just an issue for mobile development, but for every action that I wanted to do on my device.

I don’t really have a typical day. We’ve only just finished our campaign on Kickstarter, and I find myself programming on one day, painting desks in the new office on another, and dealing with the bureaucracy of starting a business on the next.
I hope that things will calm down in a month and I’ll be able to do what I really love; create.

My idea and many others owe their existence to crowd funding platforms. Without these we wouldn’t have been able to get off the ground, we tried raising money traditionally and were unsuccessful. Our market is very difficult to break into.

We’re living in an amazing time with these platforms; all you need to do is dare to try.

I love crowdsourcing, and think it can be a huge asset to businesses. The age of “I know what’s best for my customers” is over. Now we can listen to them, and build our product together.

I consult and ask for advice. I have a lot of very talented friends that I trust, sometimes I’ll take their opinion over my own. In every big step I take I consult with them.

While working on the Pressy campaign I was working as a monitor at a chick hatchery. The job was comfortable at the time, as I was working nights. That allowed me to work on Pressy simultaneously. Working there putthings into perspective for me. I realized that in any work place you can find people who are satisfied with their job and once how aren’t.

If I started the project again I would go further with the production process instead of waiting for the campaign to end. That way I could introduce Pressy to the stores while it still has all the media buzz, and not have to wait for the time it takes to set up mass production.

Do only what you’re good at and love doing, otherwise the result would be poor and you’ll also be unhappy. Also, find partners that make up for and know your weaknesses.

Our strategy was full disclosure, starting with our campaign where we completely brought ourselves out to light. We showed who we are and what we can do, took part in our own campaign video, and kept our Kickstarter backers in the loop along the way as well. We also knew when to correct a mistake and take responsibility for it. I believe that full transparency allows the backers to connect and relate to our team. This attitudeis what allowed us to reach a community of 30,000 people who are very supportive of us and our product.

A while back I was involved in a project with people who I didn’t get along with because of certain circumstances. I’m sure the idea was good, but there wasn’t much motivation to continue, and I was relieved when the project was over.

The last project I worked on before Pressy was an application which I called “Have We Met?”. It’s a mobile appthat you put your details into, such as where you grew up, went to school, traveled, and so on, and when you meet someone you can use the app to compare your info and find what you have in common. It can also show your mutual friends in social media, who you’re following on Instagram, etc…

It’s not a groundbreaking idea, but if someone would like to make something of it I’ll be glad to help.

My appearance may be a little intimidating, I’m a big guy, but my friends say I have the personality of a 12 year old boy. I tend to agree.

We love cloud services, our whole business is run on Dropbox and Google services. Another service that we highly recommend is Mailchimp, a very user-friendly mailing list management tool.

Recommending a book for such a diverse crowd is challenging, but I can suggest “Predictably Irrational” by Dan Ariely. I think that it includes a lot of insights regarding human behavior and consumption that creators, retailers, and customers should be aware of.

Seth Godin, without a doubt. Hearing his “This Is Broken” theory, I realized that I’ve been living like this for many years, and he just put it into words perfectly, and also analyzed it so well.To those of you who haven’t heard of it, Godin’s perspective claims that there are a lot of things in this world that are “broken”and analyzes how they got that way. An example for this would be a bottle cap that doesn’t open, a sign that’s been placed somewhere inappropriate or anything that seems to you to not be working as well as it should. Pressy, without a doubt, was created as part of this same outlook. If you think about it, we found something broken in smartphones and fixed it with Pressy.