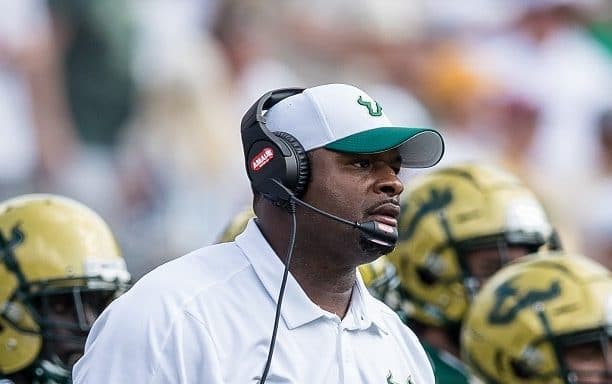 Spicer was first signed as an undrafted free agent to the Seattle Seahawks in 1998. When he was cut, he moved on to play a part of the 1998 season with the Saskatchewan Roughriders in the CFL. He was then signed by the Detroit Lions and was on the practice squad for the 1999 season.

In 2000, Spicer was signed by the Jacksonville Jaguars and played for them for nine seasons. In 2009, he signed a one year contract with the New Orleans Saints. He was released early but then brought back on near the end of the season. That year, the Saints won Superbowl 44. Spicer then decided to retire from football.

In 2010, he became a volunteer coach at Bartram Trail High School in St. Johns, Florida. Then in 2011, Spicer intern for the Jacksonville Jaguars’ and in 2012 he was hired as assistant defensive line coach for the next couple of years. During this time, Spicer returned to school and received his BA in business administration and management from the University of Phoenix. Next, for a short period of time, he came on as the defensive line coach at Jackson State University, and then in 2015, Spicer moved on and became the assistant defensive line coach for the Tampa Bay Buccaneers.

It came from playing for 11 years in the national football league. That was where I was most familiar. I had some very memorable coaches during my career and early days. Being one is a 24-7 job, and I truly believe that you’re more than just a coach to your players. For some of them, you’re their mentor, and for others, you’re their father-figure. What I mean by that is you foster a relationship to the point of trust, where they can trust you, and you can trust them. Where, if something happens or they’re in any type of trouble, they will open up to you about it so you can find them the type of help they need.

As a coach, things are very structured from a time standpoint. A typical day for me begins at 4:30 a.m. I get in a workout in the morning to get the juices flowing. When it’s in season, it’s all about preparation and breaking down the next opponent. I come up with game plans for the players based on the opponents’ strengths and weaknesses, and then relay how we want to approach them via meetings and film to the team. We have several meetings: coach-coach meetings, coach-player meetings, the media, and so on. As a coach, I’ve got to keep the team moving forward. Even when we have a game at the end of a week, we’ve already prepared for the following week. As a coach you never want to be behind.

I bring my ideas to life by brainstorming with the coaching group to make sure that idea fits into the overall philosophy of what we’re trying to do as a staff or as a team. This is a team sport; there is no you or I, but a we. You want to be able to hear the others’ opinions and see where those opinions may improve my idea. You also need to be able to back up your idea with statistics because there’s always going to be a person that’s going to disagree with you, and you want to have a strong argument. So you want to make sure you have your idea backed by some rock-solid evidence to be able to prove that it will work.

The NFL players union is trying to work out a deal to add a 17th game of the season, and there are pluses and minuses to that. The thing that has me really intrigued is knowing that there are more opportunities for coaches as well as players because of the new league, XFL. It’s similar to the world league that we had many years back, where young players that didn’t get an opportunity to play in the NFL still have an opportunity to play and show their talent. It excites me anytime I see things out there designed to give more opportunities to young men who want to play and to give coaches more opportunities to refine their skill set because if you have more teams, you need more coaches.

I’m a workaholic. I have the drive, and I have passion. I get up at 4:30 in the morning, and I want to work out, but sometimes I wake up with these ideas running through my head, and instead, I want to go in to see where these ideas can fit in with what we’re trying to do. I was the same way when I was still a player. I just have this mindset where I strive to be the best that I can be.

I would tell a younger Paul Spicer to put more time and effort into his education don’t wait. There were occasions where I would do just enough to get by, and I would tell my younger self not to take that attitude. I would tell him not to take the shortcut. Take the hard road and learn what he needs to learn to finish his education so that he doesn’t have to go back to school ten years later and have it be twice as hard as it would have been.

I got involved a year ago with hyperbaric oxygen therapy (HBOT). It can be administered to help recover from concussions, post-concussion syndrome, and even a traumatic brain injury. I got involved with it because of a broken leg I had in 2004. What it does is it enriches your blood to the point where it can help speed up the healing process by increasing the supply of oxygen to the fracture site. Concussions have been a hot topic in the NFL for a while now. Yet, if you were to walk into a hospital right now, the doctor would give you some aspirin, tell you to turn off the lights and lay down. That’s the treatment. But if you go beyond that, there is a therapy out there that is going to help you. HBOT is one of them. I just think there are so many things that HBOT can help with. The medical world needs to open its eyes and utilize all of available resources to combat the concussion epidemic in sports.

I recommend that people always think of themselves as a teacher. Everybody has something to learn, but the thing is, not everyone is willing to give away the knowledge they already know. As a coach, I want everyone to understand that you are a teacher. You can impart knowledge on someone else outside of yourself. Don’t walk around with knowledge and not be willing to share it. I believe that is the most heinous thing I can think of, that someone wouldn’t be willing to make others’ lives better with the knowledge they have.

It’s likely my persistence. Whether it’s about making phone calls, going to conventions or different functions, it’s getting the job done and also being flexible to do whatever it takes.

I’m still new to coaching, and I can only think of one example. I took it as a failure, even though I probably shouldn’t have. I saw a young man that quit football. I had told him that I would respect him more if he did quit, and I wish I would have gone another way about it. As far as overcoming it, it was getting my next opportunity to be around a group of young men and be able to work with and show them that there are more options than just quitting. Quitting never gets you anywhere. That young man, he didn’t just quit football, he ended up leaving school, too. I came into the situation late, and I only wish that the situation could’ve been handled differently. I wish I’d been able to show that young man other options to help him make a better decision regarding quitting football and school.

Maybe this already exists but I think it would be helpful for someone to make an app that will allow you to put in your information 1 time and create all the social media platforms using just that information. It can take a very long time to set up each platform such as Facebook, Linked IN, Twitter. Why not have 1 place to go and just select what social platforms you would like to activate by just selecting it in one place.

I would say I spent it on new dress shoes. I’m in a transition right now, and when you go to interviews, you have to look good from head to toe.

Microsoft Visio. It allows us to draw football diagrams — plays if you will. I learned it years ago, but now it’s become the number one program that everyone uses.

I always recommend that people read the Bible because it’s always going to show you where your faults are, and that’s the one thing none of us ever wants to see about ourselves, our faults. Sometimes it’s good to see where you’re wrong because none of us are perfect. That’s not how God made us.

“We are what we repeatedly do. Excellence, then, is not an act, but a habit.” – Aristotle.