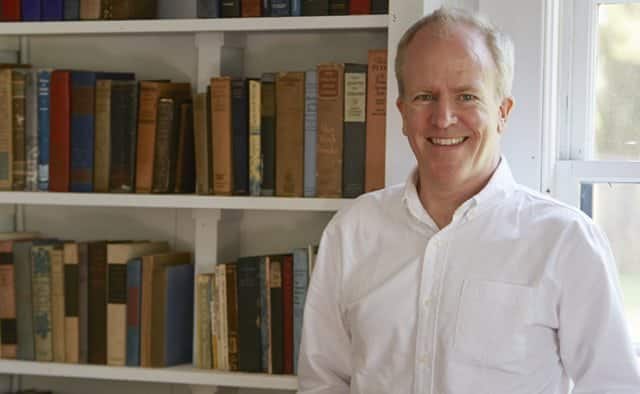 [quote style=”boxed”]Keeping a written and running list of things to do. When I veer off keeping the list I am less productive. Period.[/quote]

Peter Manning is founder and chief creative officer of his eponymous company Peter Manning Five Eight/New York, a company founded in 2012 and dedicated to creating clothes for men 5’8” and under. Prior to creating his clothing company, he most recently completed 211 Elizabeth Street a 30,000 square foot, ground up, residential and commercial development in Manhattan’s Nolita neighborhood. He oversaw the project through acquisition, design, construction and marketing. 211 Elizabeth Street has received wide acclaim and achieved recording breaking prices for both its residential and commercial spaces. In 2008 and 2009 he oversaw the design and construction of a three million dollar, 16,000 square foot office project for the newly formed Peter G. Peterson Foundation.

Prior to his work in real estate he received an undergraduate degree in Architecture at Columbia University in 2004. Before returning to academia he produced the Tony-Award winning SIDE MAN, which played off-Broadway, Broadway, The Kennedy Center in Washington D.C. and London’s West End. Between 1993-1997, Mr. Manning was the Producer for New York Stage and Film Company, an award winning company devoted to the development of new works for the theater and film by emerging and established artists. Under Mr. Manning’s direction Stage and Film presented new work by some of the most important theater and film artists in the country, while expanding its board of directors and year round staff. Mr. Manning oversaw all aspects of the company, including the board of directors and a seasonal staff of forty and hundreds of visiting artists during Stage and Films summer seasons.

Before joining New York Stage and Film, Mr. Manning was in the marketing department of Lincoln Center Theater. Previous to that he was a member of the artistic staff of Manhattan Theater Club. He has consulted extensively with the Hartford Stage Company, the NYU Child Study Center and he has lectured at the University of Pennsylvania, Yale School of Drama, and the Actors Studio MFA Program at the New School. Mr. Manning resides in New York City and is the father of a fifteen-year-old daughter with his husband Andre Bishop, the Artistic Director of Lincoln Center Theater

Where did the idea for Peter Manning NYC come from?

I have always had a hard time finding clothes that fit. I had recently spent a fortune at my tailor and I had had it. It all goes back to the time I was ten and wanted bell bottoms and my mom said I couldn’t get them because by the time she shortened them they wouldn’t be bell bottoms anymore.

There is no typical day when you are running a business, but generally it starts by reading papers, answering email and doing some exercise. From there it is off to our office/showroom in Brooklyn. The day there can include design meetings, photo shoots, working with customers, strategic discussions about new week, next year and ten years from now. When you are small there is so much to do and you are pulled in so many directions. Sometimes there is a fire to put out and there is usually time to get to the growing list of tasks that need attending to. It sometimes doesn’t feel as productive as it actually is because one is doing so many things. But what drives the productiveness is the passion for our customer and for the company.

Hard, painstaking, mistake laden work. That and looking. I am an observer of detail and human nature.

Keeping a written and running list of things to do. When I veer off keeping the list I am less productive. Period.

I worked for some theater producers early in my career who were truly horrible. Dickensian in there meanness and pettiness. I learned that if it is not working to move on. Fast.

For a long time I was thinking way way too big. Start small. Focus soley on the product. I wasted some time at the beginning but in the end ended up in the right place.

Trust your gut. The little voice in your head saying “not sure this is right” is usually right. The other is listen. There are clues everywhere on how to get better.

Focussing on getting the product right, fixing mistakes, making changes where necessary and in so doing focussing fanatically on our customer. We bend over backward to get things right for our customer. We will do almost anything for them.

I started this business alone. I was lucky enough a year into the founding to find the find perfect partner.

Tall skinny guys tell me all the time that they are desperate for clothes that fit. Someone should do that.

I have co-directed the Christmas Pageant at my church for about ten years.

I am not that tech savvy. I have a MacBook Pro and iPhone and I do the best I can.

Don’t read about business, read a novel or history that interests you. There is so much to be gleaned from the human condition and the best novels and history can teach you more about how we behave and think and conduct ourselves than a business manual. Having a hard time coming up with just one book!

I am a pretty fanatic reader of Andrew Sullivan ‘s blog. I have learned an enormous amount from him on so many subjects. From there I read broadly on lots of different subjects. All industries become tribes and it is important to keep looking outside the industry you are in so you don’t get stale and myopic. Sullivan forces me to do that.