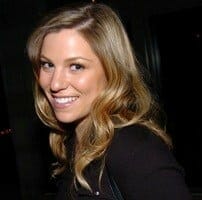 As a passionate, motivated teen looking to honor her own grandmother, Rachel Doyle started the first GlamourGals chapter when she was only 17 years old. Today, Rachel has the same passion and drive for the cause behind GlamourGals that she demonstrated in high school, but has built an organization that has served thousands.

GlamourGals mission is to inspire and organize teens to provide ongoing companionship and complimentary makeovers to women living in senior homes.

Rachel’s ability to continually streamline, evaluate and redefine aspects of the GlamourGals allows the program to grow along with its volunteers. GlamourGals is built on a virtual community. Aside from the company’s main website, www.glamourgals.org, which includes information on upcoming events, press, donations and more, GlamourGals also maintains www.GGchapters.org, a virtual area for chapters to organize their volunteers, share new programming, and more in a safe space dedicated to leadership and volunteering.

Rachel Doyle’s motivation to create compassionate teen leaders and bring dignity to aging women has not gone unnoticed. When Rachel was still in high school, she was featured on The Oprah Winfrey Show. Since then, she has steadily gained national recognition in many media publications such as Montel Williams, The Christina Show, The New York Times, CBS’s The Early Show, Glamour Magazine, Cosmopolitan Magazine, and Newsday.

Rachel has also won many awards for her work for GlamourGals. She was named the first ever “Cosmogirl of the Year” by Cosmogirl Magazine. She accepted the National Group Volunteer of the Year Award from the American Health Care Association and the 2010 Cornell University College of Human Ecology Recent Alumni Achievement Award. Rachel was featured in the American Eagle Outfitters Spring 2005 national ad campaign, and in 2006 she was named on of four Fun Fearless Females by Cosmopolitan Magazine, beating out thousands for the title. The GlamourGals program was also featured in two textbooks: a McGraw Hill 7th Grade Health Textbook and the 2007 Prentice Hall College Management textbook.

I am planning our volunteer chapter expansion, creating a new media kit, and trying to find an office space by this summer.

It is all about execution. The ability to “do” or get something done is invaluable.

Other creative and friendly people inspire me.

Trying to take on too much all at once. Yes, for a little while you can work like that but in the long term you need to organize your thoughts and sometimes just take one step at a time.

Start with a to-do list every morning. I rewrite mine sometimes 2-3 times a day. I hand-write mine. There is something so satisfying about crossing something off or highlighting it or checking that box, done.

What is one tool that helps you bring ideas to life?

Skype. Working in a virtual office, this tool allows me to immediately call a meeting with people that are halfway around the world and discuss ideas and action steps to make them happen.

Any events coming up that our readers can get involved in?

Yes. On April 15th we are hosting a megamakeover in Indianapolis, which we would love to have volunteers at! On June 2, 2011 in NYC is our 7th annual Glamour in the City, our largest fundraising and awareness event hosting 300 people. We would love for more people to join our host committee and be a part of the celebration. Readers can email me at [email protected] if they are interested in any of these things!

What is the biggest personal sacrifice you have to make because of your job?

I don’t make any sacrifices. I love what I do and you make “time” for things you love. It is all a balance and important to be organized.

What is your biggest challenge?

Attracting and keeping talented people in the non profit sector. I have been exceptionally lucky and very proud of the talented people who have played a hand in shaping the history of GlamourGals and who have “walked our virtual halls.”