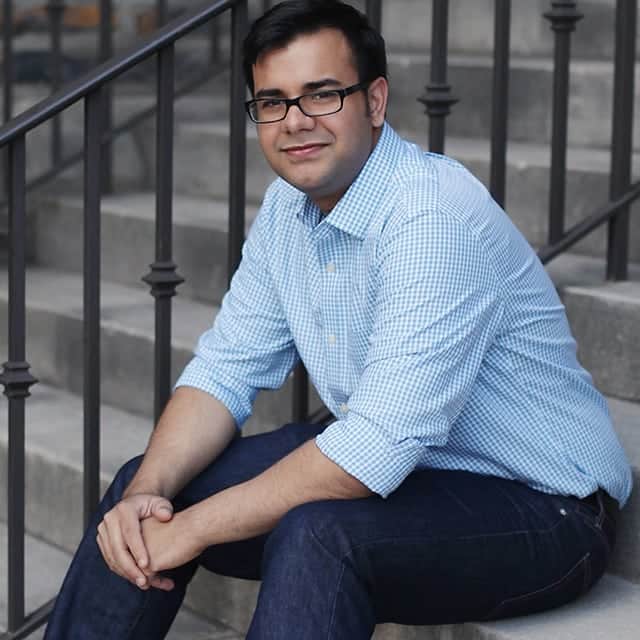 [quote style=”boxed”]To consistently think about what you could do better. And where you failed then consider how to remedy that.[/quote]

Rachit Shukla is the founder and CEO of Two Toasters, which strategizes, designs, and develops iOS and Android apps for everyone from venture-backed startups to international brands, including Airbnb, Simple, and Lexus.

Rachit lived in India, Thailand and Singapore before the age of 15, at which point he moved to North Carolina where he was valedictorian of his high school. After high school, he went to business school. However, unlike many of his classmates, Rachit opted out of a finance career and focused his energy on entrepreneurship. When the App Store launched in 2008 Rachit saw vast opportunity in what would quickly become an explosive industry.

Rachit currently resides in New York City. He holds a B.S. in Economics from the Wharton School at the University of Pennsylvania.

Currently we are working on a few projects for clients. While we’re not at liberty to say who, I can tell you that we are working on some exciting things. Things ranging from a fitness app, to a high-end gift ordering service.

Most recently we just finished collaborating with finance company Simple to help them design and build their Android app. You can check it out here.

Where did the idea for Two Toasters come from?

When the app store opened in 2008 we recognized the possibilities of the mobile app industry. At first it started as fun…we built a few apps for ourselves that did fairly well in the App store. Once we realized we could produce quality apps we decided to start building apps for clients. We saw an immense need for mobile talent that could develop and design good quality mobile experiences.

In the end, we’ve found that clients want a team that is versatile in understanding their mobile needs. It can be very costly and difficult to find and hire quality app developers, that’s why clients come to us. They trust our expertise. We’ve had the opportunity to build an amazing team of developers and designers who can effectively implement clients’ ideas and needs well.

We are an agency that builds app for client companies. We charge our clients for our services, design and development strategy in sprints of two weeks.

6AM – 7AM – Answering emails backlogged from the day before, grabbing coffee and breakfast.
7AM – 7:30AM – Catching up RSS feeds what’s going on.
9AM – 6PM – Depending on the day may include working on proposals, pitching clients, recruiting and working with the team to review progress on current projects.
6PM – 9PM – Blocked off for networking dinners, events etc.
10PM – 11PM – Unwinding by catching up on some reading or watching Netflix.

I’m always looking for inspiration or something that I’ve either read, watched, or seen someone do to inspire me. I take that inspiration and come up with a loose understanding of how that can be applied to our business.

For example, if I see another company do or perform something very well and interestingly I’ll think about how I can apply that to our company. I take that inspiration and bring it to the relevant people on our team to figure out how to bring it into execution. We then do a lightweight way of testing it out on a singular project to assess if it’s something we should make a standard across our team.

I’m really excited about the interaction between hardware and devices with respect to mobile. It’s interesting to see how people are now using and getting comfortable with having a set of devices that lets them do a multitude of things.

I’m anxious to see how this plays out further down the line when there are more intelligent sensors and items in the environment that you can see, interact with and control via mobile devices. Not only will you be able to control these things in your environment, but you can make them behave or even function to your personalized specifications.

Honestly, I’ve only had two jobs aside from founding and running companies. I worked some campus jobs when I was at the University of Pennsylvania. I didn’t like the fact that there was no room for creativity. I was doing the same stuff over and over again. After a while it felt very routine. The people were great, but I didn’t have the chance to grow and do more than I was already doing.

I spent the first two years of our startup (IdeaBahn) learning how to function in a startup ecosystem. In retrospect, it would have been beneficial to work for other startups before starting my own. I think I could have learned some tricks and networked a lot faster if I were in an environment where they already had it up and running in early stage.

To consistently think about what you could do better. And where you failed then consider how to remedy that.

Being too enamored with an idea of the company and not necessarily how it fits in the market. Who my customers were and how I was going to build that out. Pretty much focusing too much on the product and not how to sell.

With this realization I made the conscious effort to improve upon our approach by asking myself about who it is, what the market is, and what they will pay for our services. In other words, getting a better sense of the value before getting too consumed by the idea.

Someone needs to come up with a way to efficiently and effectively print personal barcodes to put on various items. For instance, a hobby of mine is collecting wine. I would love to be able to print out barcodes that link out to my cellar tracker and gives information such as when I bought the wine and how much I bought it for. That way, when I drink I can scan the barcode and know everything I want to know about it.

It would be a great way to help people catalogue things. Could be anything like books, games, or DVDs.
Personalized barcodes would make it easier to keep track of all of that stuff. Right now there’s no easy way of doing that unless I create my own inventory system and print out and label.

I think mobile has a chance of having an impact. Using mobile you could conceive and deploy an entire curriculum that could be accessed anywhere. The ability to access this curriculum would help adhoc schools spring up where adults and folks who are interested in teaching kids can use the apps.

Reddit – It’s become my channel for keeping up with what’s happening around the world. I don’t watch a lot of news. Reddit makes me feel like I can keep up with everything by subscribing or visiting relevant subreddits.

Skunk Wars: A Personal Memoir of My Years at Lockheed by Ben Rich

The reason I like this book is it goes to show that if you bring together the right people even things that seem impossible can be done.

Richard Branson – Richard Branson is very humble and often links to great initiatives that he’s a part of or business advice.
Steve Blank – I like Steve for his very poignant advice on startups.
Daniel Tenner – Very down to earth entrepreneur who has very insightful posts about running startups, habits and psychology.

The Two Toasters holiday office party. Just laughing at (or should I say with) one of our employees being themselves. I was happy to be around people I care about enjoying themselves.

That’s a tough one. There are various people I look up to. There’s not one person who I want to emulate. Some of my friends were recently featured in the 30 under 30. I admire the fact that they’re my age but they’re doing incredible things. I no longer have the ‘Oh well, they’re more experienced’ excuse. I just have to seek out opportunities that get me to that level.

What piece of advice would you give to fellow entrepreneurs?

Really spend time trying to understand yourself. What motivates you and what doesn’t motivate you and trying to orient your life around that.

I like Batman because he doesn’t have any super powers. He relies on his intelligence, strength and ingenuity. He also isn’t perfect – he’s not infallible.