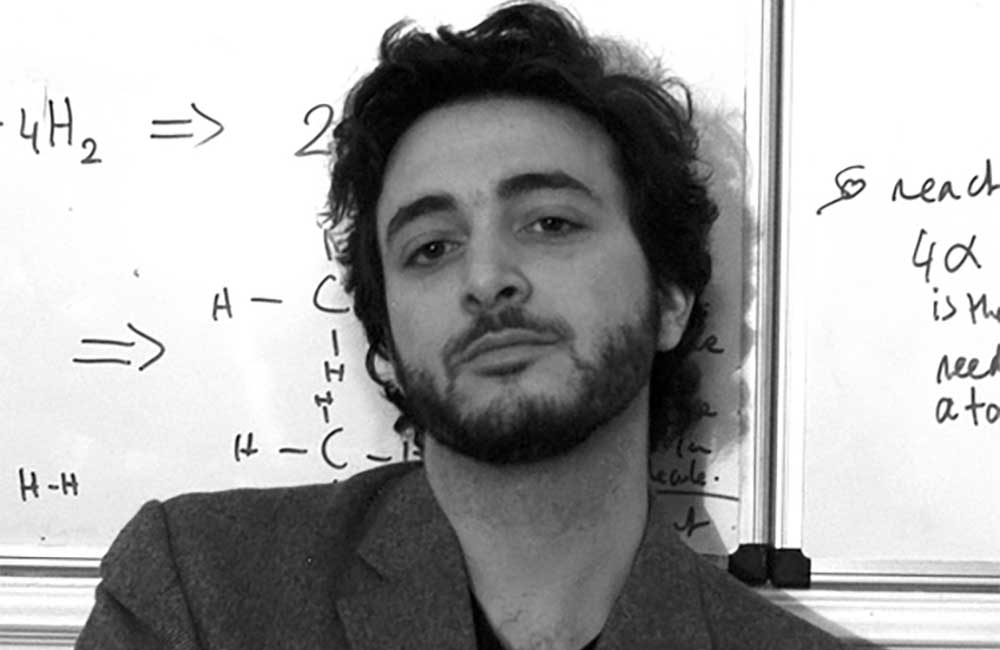 Share your ideas, people won’t steal them! There is no better way to shape your thinking than by letting people impact you.

Rand Hindi started coding at the age of 10, founded his first startup at 14 and created a web development agency at 15 before starting his PhD at the age of 21.

He has been elected as a TR35 by the MIT Technology Review, as a “30 under 30” by Forbes, as a Founder Forum Rising Star, and received the Excellence Francaise award.

He holds a BSc in Computer Science and a PhD in Bioinformatics from University College London (UCL), as well as two graduate degrees from Singularity University in Silicon Valley and THNK in Amsterdam.

Where did the idea for Snips come from?

When we started Snips a couple of years ago, all we knew was that we wanted to use Artificial Intelligence to solve real, everyday problems. We started by creating models to understand cities. Models that could, for example, successfully anticipate how many parking spots were available in any given street, or predict the number of free seats in a train.

Then, about a year ago, we started thinking about a specific problem where AI could have a huge impact: the exponentially increasing number of connected devices, all competing for our attention. Imagine hundreds of connected fridges, cars, watches, tablets, alarms, lightbulbs and TVs talking to you at once, unaware of your or each other’s context, and careless about what you were doing while they interrupted you.

But then we thought: what if all of those devices had an AI in them? What would that change? We realized it would change everything. This idea, called “Context-Awareness”, is how we can minimize, and perhaps even automate, most of our interactions with technology. We figured out that in the long run, Context-Awareness is going to be the reason why the world around us will feel unplugged again.

Before moving to a new building, Snips was located in my house. So quite literally, I would wake up at 8am, get coffee, do a daily morning meeting with my team, take a shower and then join them in the living room.

Now that we moved, its a bit different. I go to the office around 10, have my meetings with the team and then I normally do a business lunch. I like to spend my afternoons coding so if my day is super packed, I try and squeeze my meetings in the morning to have the afternoons all to myself.

In the evenings, I like having a beer or two with Spinsters and my friends. I usually end up having business related dinners after, so when i do return home, it’s usually quite late. That being said, I don’t sleep till 2am so i always catch up with the emails and read some more.

I make my day productive by avoiding commuting, I try to Skype as much as possible. I don’t normally spend more than 30 minutes per meeting, and I usually ask ahead of time for the agenda. For more open ended discussions, I do longer lunch/dinner gatherings and meetups. I also travel multiple times a month, sometimes a week, so that can get a little tiring:-)

I made a habit of physically writing down the ideas that come to my head. I then leave them alone for a couple of days and if they still make sense, by the time i return to them, i discuss it with the people around me. If I see that the idea makes good sense and catches on, I build a prototype.

Making new connections all the time, even when there is no agenda. As I’ve already mentioned, I talk to a lot to people everyday and get feedback on my ideas before I spend too much time on them.

The fact that I often take leaps helps too: being in a constant fear of making mistakes turns you into a much less productive person than making a couple of them on the way to new discoveries.

I’ve never had a bad job experience, because at a very young age I promised myself to stay away from everything I did not fully enjoy. It was tough at times, but definitely not tougher than spending my energy and youth at a place where I knew, I would not make a difference. In short, I tried my very best to put myself in the situations where my creativity was fully harnessed and I ended up founding Snips.

I would not spend my time worrying about things that, now I know, are not essential. I would build more products and test them, build them and test them again!

Share your ideas, people won’t steal them! There is no better way to shape your thinking than by letting people impact you.

Hiring the best people I could find. The culture fit and the “Snipster Mindset” is more important to me, and to my team members, than a CV jammed with experiences and fancy schools.

I failed to grow a company I founded as a teenager. Now I know that running a company requires certain level of maturity, so this time around I’m here for Snips & Snipsters 110%.

I bought food & supplies for the Syrian refugees in Paris.

Gmail, Twitter, Slack, Sketch and Sublime Text due to their simple design and ease of use.

The Hard Thing About Hard Things from Ben Horrowitz. I thought he managed to pinpoint what it really takes to build a successful company quite well.

Nicolas Tesla, Elon Musk, Steve Jobs and Simon Sinek come to my mind at the moment. But many more…