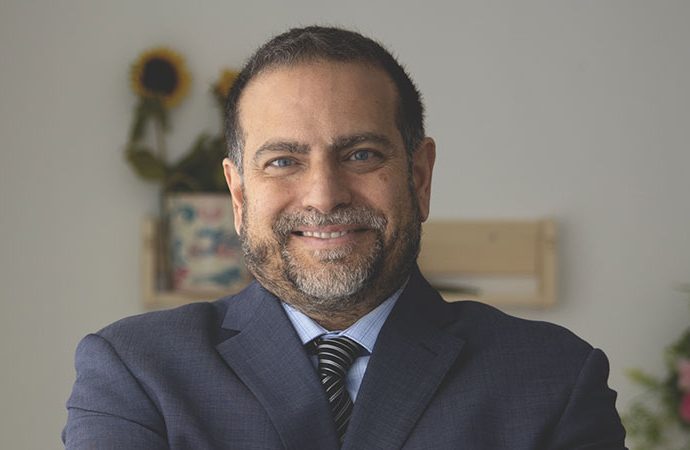 Find something interesting and obsess over it until you can understand it at its deepest and most fundamental levels. Then take it all apart, re-imagine it, and try to put it back together in new and better ways.

Richard Mgrdechian is a highly experienced finance, restructuring, business transformation, strategic innovation and management professional with nearly 20 years experience in both early-stage and distressed situations, and a strong focus on technology, media and telecommunications.

In addition to his work in the financial industry, including Bear Stearns and The Blackstone Group, he is a serial entrepreneur and was the founder and CEO of two technology companies in the areas of telecommunications and social networking, the second of which was acquired by Yahoo. Prior to his work in finance, Mr. Mgrdechian was an engineer at NASA’s Jet Propulsion Laboratory (JPL) where he helped design the guidance system for the Cassini mission to Saturn. He holds a BS in Electrical Engineering from the California Institute of Technology (Caltech), and an MBA from Columbia University.

Everything I do is about looking at things in different ways, innovating new concepts and ideas, disruption and clean sheet redesign. Those have always been my areas of interest, way before they were the buzzwords they are today.

In Greek mythology, Prometheus is the god who brought fire to man. That’s about as disruptive as it gets, so I thought it would be the perfect name.

There is no typical day in the life of an entrepreneur or a consultant. Flexibility and adaptability are really the keys to success, and to maintaining your sanity.

I tend to be a fairly unconventional thinker, so my strength in developing new ideas is to find something interesting, try to understand how it works at its most fundamental level and then see if I can reimagine it in new and better ways. Basically, I think the essence of innovation is to see connections that others haven’t yet seen.

Actually bringing an idea to life takes a lot more work, and Edison’s quote on genius being 99% perspiration is right on target. That being said, project management is the key, and my management philosophy is very straightforward: i) take ownership of the project ii) establish the vision; iii) define the strategy; iv) identify the resources needed; v) coordinate the pieces; vi) iterate and revise the strategy as needed; and vii) relentlessly drive the process.

Several excite me at the moment – artificial intelligence, machine learning and data analytics – but it’s the convergence of all of them (and related areas like natural language processing, machine vision and so forth) that really excites me the most.

A combination of insatiable curiosity and steadfast tenacity.

A lot of times, the best new ideas come from someone on the outside.

To me, one of the biggest problems in terms of learning anything through the usual channels – whether physics from a physics book, writing through a writing class, politics through a political science program or whatever else it may be – is that you end up going through the exact same thought processes others have been going through for tens, hundreds or even thousands of years.

If you go to the same schools, take the same classes, work with the same axioms and assumptions, and there is little doubt that you’ll end up thinking just like everyone else. I’m not saying this is necessarily a bad thing, but it can be limiting, especially when it comes to how much creativity can be applied to a problem, especially those that haven’t been solved properly. After all, once you and everyone around you are convinced you already know something, what’s the use in trying to figure it out again?

Find something interesting and obsess over it until you can understand it at its deepest and most fundamental levels. Then take it all apart, re-imagine it, and try to put it back together in new and better ways. If you can do that, you have the basis for a new product or business. If not, at the very least you will have learned a lot about something new, which you’ll be able to apply somewhere eventually.

Not necessarily my current business, but my businesses and horizons in general.

The advice I would give to anyone interested in doing things their own way would be to explore what I call Intellectual Isolationism. Decide what interests you, then create your own framework for understanding it completely from scratch. Start with the strongest possible understanding of the most basics elements – first principles – and then use them to derive everything else. But make absolutely sure that you do understand as much as you can about the fundamentals, or risk understanding nothing at all.

At the same time, keep an open mind. Sometimes you’ll be right and sometimes you’ll be wrong. When you are wrong, accept it and go back and see why you were wrong. Was it something about your understanding of the basics that wasn’t right? Was it a mistake in logic somewhere? Whatever the reason, go back and find another way to derive the right answer from the ground up. Even if you don’t develop any new ideas – and in the vast majority of cases, you won’t – you’ll still have the most thorough understanding of something that you possibly can.

I launched a silicon-valley startup with a few other guys from Caltech and MIT to develop a new technology to provide major improvements to fiber optic and telecommunications networks.

Unfortunately, despite all our progress, the tech bubble burst, then September 11th hit and Sand Hill Road (where most of the VCs are based) was pretty much shut down for the next two years, so thousands of companies across the Bay area went out of business, including mine.

I tied to try to salvage what I could, and eventually sold our core technology to a major semiconductor company, then took some time to work on a few personal projects and hobbies, and to scout out for new ideas. I starting thinking about the disruption occurring in the mobile space due to the adoption of 3G, tied that into the to the emerging social media phenomenon (this was pre-Facebook), created an interesting technology that combined the two in a unique way and sold the new company to Yahoo.

Find good ways to repurpose and repackage retail space, especially malls. Brick and mortar retail has been decimated by e-commerce, so there is a lot of space available for innovative experiential uses or other ideas.

A bouquet of flowers for my father’s grave. He passed away 10 years ago, so even though I usually take a flower or something else whenever I go to cemetery, I thought it was important to do something special on that anniversary just as a way to let him know how much I miss him, and how much I appreciate all he did for me.

I would have to say that speech to text software is a great way to get a lot of thoughts down quickly before you forget them. I type pretty slowly, and my handwriting is horrible, so dictating thoughts and having them immediately appear on a screen can be really helpful. Once I get the basic thoughts out, I can organize and edit them as needed.

Think and Grow Rich by Napoleon Hill. It’s a classic, originally written way back in 1937. The title is a bit misleading, as the theme of the book is not really about money, but rather to find something you are intensely passionate about, focus intelligently on that, and how success will naturally follow.

The author spent nearly 20 years working with and interviewing the richest and most successful men of his generation to get their stories, and find the common denominators they all shared. When guys like Henry Ford, Andrew Carnegie, John D. Rockefeller, Thomas Edison, and so many others all tell you the same thing, it’s probably worth paying attention. I highly recommend it for anyone looking for inspiration in business or in life.

I’m sure it’s been said in different forms through different cultures and different generations, but I would have to say the Muhammad Ali quote: “He who is not courageous enough to take risks will accomplish nothing in life.”

Something about Ali has always fascinated me, and I’m sort of an expert on the subject. But I’ve always loved boxing in general, especially the really exciting fighters like Ali, Frazier, George Foreman, Roy Jones, Duran, Tyson, Vinny Pazienza and so many others. The God given talent they had, the work ethic they needed to hone that talent, the personalities they all had, and the sheer desire to win. It’s a fascinating, fascinating sport. I am sad to see it slowly dying out and being replaced by UFC and others.

• Don’t take anything for granted.
• Stay curious.
• Always try to learn as much as you can about everything and from every situation.
• Try to understand everything at the deepest level possible.
• Find ways to bring ideas from different fields together in new and innovative ways.