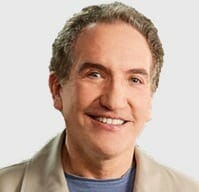 Richard Thalheimer, founder and former CEO of The Sharper Image, was born and raised in Little Rock, Arkansas. After attending public school there, he received his Bachelor of Arts degree from Yale University in 1970, and graduated from Hastings Law School in San Francisco, California in 1974.

While Richard Thalheimer practiced law for a time, his primary interest was to start his own mail-order business. He established The Sharper Image in 1977, inspired by a $69 jogger’s watch that he owned and other runners admired. The first runner’s watch was an instant success due to an advertisement in Runner’s World magazine. The advertisement’s success led to the inaugural distribution of The Sharper Image catalog in 1979.

The San Francisco, California company began with only three employees. When Richard Thalheimer left The Sharper Image in November 2006, there were more than 4,000 full and part-time associates, 195 stores and a thriving internet and catalog business. At its peak, the company had annual revenues exceeding $750 million. The company became a public corporation in 1987 when its stock was offered on Nasdaq under the symbol SHRP.

Continuing to identify emerging trends within the industry, in May 2007 Thalheimer launched his  Internet business, RichardSolo.com. It’s an online store of interesting and new products that puts customer satisfaction as its first priority.

Richard Thalheimer serves on the Board of Trustees of the San Francisco Ballet. While he has a number of outside interests, he particularly enjoys piloting his Cessna 182, and recently purchased a small Winnebago motorhome. He has three children and greatly values time with his family.

Getting RichardSolo off the ground. It’s a challenge as I am trying to build a national brand,  grow my customer base – all while maintaining a world class customer service reputation. Oh, and of course, I am always looking for the next home run product (note to readers Richard is responsible for introducing products such as the Ionic Breeze, Razor Scooters and most recently the RichardSolo iPhone Battery).  The challenge with finding great products is that you never know where they will come from. You need to try a variety of different products, see what takes off and then scale the product line as much as you can.

One really nice product is the RichardSolo Noise Canceling Headphones. You might want to check those out if you’re looking for some noise canceling headphones that work great on airplanes, and are a great price at just $59.95. The sound quality isn’t quite as rich as a $300-$400 pair of Bose headphones, but I find it to be quite sufficient. It folds down nicely and the headphones will keep working even when you’re out of battery.

What are you doing for fun?

I love riding my three Vespas, enjoy flying my Cessna and spend a lot of time with my family.  Honestly, I love what I do at RichardSolo – answering customer emails, finding new products – it doesn’t feel like work.

How do you bring ideas to life? Any insights?

Most importantly, I think you need to do something you really love. You need to have an original angle and always treat people really well. Then I like to take a slow and methodical approach to building a business. It’s not a flashy approach nor does success come over night, but it works for me.

The Sharper Image was a huge business that you built from the ground up. Can you tell us a little bit about what worked well for you and what didn’t in building the company?

I built The Sharper Image over  time with good products and happy customers as the foundation of our succcess. It all started with one product and one magazine ad. Years later I added more products and eventually went to a catalog format. Once I had that business established and running, we went into actual retail. It’s not the fly-by-night shotgun approach to business but rather what I call one brick at a time.

For example, I don’t think Tesla Motors is going to to succeed. I personally just don’t think that you can just reinvent the car business- competing against companies that have been building great cars for many years. It’s boom or bust for them, which is something that I am not comfortable with.

Then again, some of this has to do with my dislike for investors and me wanting to choose the direction of my company.

I like to listen to everybody and then I make up my own mind. I ask a lot of people for their opinion, listen to them and then make my own decision. I think if you want to be a successful entrepeneur, you have to enjoy making decisions.

At The Sharper Image I ultimately made every decision that affected the strategic direction of the company. Once all the outside financial guys came in and started making decisions is when the company started to suffer. That drove home the point to me that I always want to make my own decisions. That’s probably why I am really enjoying building RichardSolo. Business is a lot more pleasant when I don’t have to listen to a bunch of investors. It let’s me focus in finding great products, providing high quality customer service and building the company one customer at a time.

What helps you get stuff done?

1. A bias for action

It is amazing to me how many times people don’t move forward in making a decision. Whatever the situation might be, I want us to make a decision. Even if it’s the wrong decision, at least it will guide you to the right direction. Doing nothing is what kills you. If necessary. Break up any decision in smaller parts, decide and then get going.

2. Accomplish something productive every day

If you can’t say at the end of the day that you did something that moved your idea forward, then you really didn’t achieve anything. You might be able to do that when working for other people, but as an entrepeneur you don’t have that option.

Tell us something surprising about you

I take a lot of time to answer customer questions. It’s probably not a good use of my time but I love helping consumers and have always prided myself on the customer service reputation of my companies. There’s nothing more satisfying than positive word of mouth regarding our customer service.