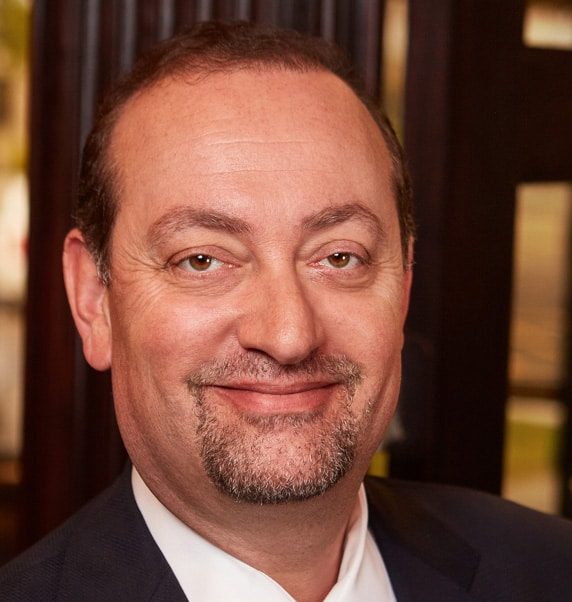 In 2005, three attorneys had the vision to build the best personal injury firm in Ohio. With just three paralegals to support them, lawyers Gary Kisling, Rob Nestico, and Robert Redick rolled up their sleeves and opened the doors of their first office. Fifteen years later, Kisling Nestico & Redick has grown into one of the largest personal injury law firms in the state.

Attorney Nestico has long had an interest in personal injury law. At the age of 15, he was injured in a car crash when another driver failed to stop at an intersection resulting in a head-on collision with another vehicle, killing the other driver. Due to the incident, Nestico spent three months in the hospital recovering from injuries to both arms, one requiring a steel rod to be surgically attached. During this time, Nestico says he and his family were vulnerable to the practices of insurance companies and were taken advantage of during one of the most difficult times in their lives. Thus, Nestico’s passion for personal injury law manifested, leading him to become a personal injury lawyer.

Attorney Nestico has successfully tried cases to verdict and briefed cases before the Ohio Supreme Court and 6th District Court of Appeals. He is a member of The Million Dollar Advocates Forum – an honor less than one percent of U.S. attorneys can claim. He has been recognized as a Rising Star and Super Lawyer several times by Super Lawyers Magazine, he has also been voted as a Top 100 Trial Lawyer, and is even a Lifetime Member listed as a Top Lawyer in the global directory of Who’s Who. Attorney Nestico is admitted to practice law in multiple Ohio courts and the U.S. Supreme Court. He is trilingual in English, French, and Italian. He focuses his practice on personal injury and class-action lawsuits.

The idea to be a personal injury attorney originally came from my experience as an accident victim myself. As a teenager, I was involved in a serious car crash, which required me to be admitted into the hospital for several months. During this time, the insurance companies took advantage of my parents and me. I knew that when I grew up I wanted to be a Personal Injury lawyer, representing plaintiffs. Once I did become a personal injury attorney, I spent a few years gaining experience at different firms, but I always felt like I could be doing more for my clients and my community. I worked with two other attorneys who shared this vision, so we started Kisling, Nestico & Redick and never looked back.

There is no typical day as the Managing Partner. From sun up to sun down, I deal with a variety of different issues. There are days that I primarily focus on client issues or helping other lawyers by mentoring and guiding them, then there are days I concentrate on the business side of the firm by focusing on our marketing efforts and other issues. I also do my best to be a positive contributor to the community as well, so the firm works with many charitable organizations on a regular basis.

I’ve learned the best way to bring ideas to life is to surround myself with the right people. Having great ideas is one thing, but executing them is an entirely different story. By surrounding myself with the right team of people, we can take individual ideas and make them better, then work as a team to bring them to life.

One really exciting trend that I find fascinating is the advancement of technology. When I was a kid, I was in the cell phone business. I look back to a time when cell phones were in battery packed bags, then briefcases, and now our watches double as phones. I enjoy sharing this type of technology with my kids and to see how it enriches our lives.

By embracing technology within the firm, we save time and provide better service to clients. Many law firms resist technology either because they don’t have time to make it a priority or because they simply don’t see the value. At KNR, we do our best to stay on the cutting-edge of technology in the interest of best serving the client.

The most important habit is following through. I always make sure first thing in the morning to deal with issues by prioritizing them. This helps me to succeed and stay focused.

Stop and smell the roses. Look around and enjoy life. I skipped a year in high school and another year in college. I flew through school and didn’t ever stop to just enjoy it. I hated school so much I wanted to hurry up and get out. I even took summer school and night classes while all of my friends were out enjoying life. Looking back, I don’t recommend doing that.

Save money and don’t over-live your means. Living within your means is the most important thing for any success—but don’t ever be cheap and always give back. I’ve always believed when you give one thing to someone who needs it, you get it back tenfold. When someone is in need, I give to them. Give to help, and you will be blessed back. I believe that wholeheartedly.

Help others and others will help you. I really think that caring for other people, especially in this business, the more you care for people and they really feel it, they will care for you and come to you. If all you’re concerned about is money, people can see through that.

One failure was trusting the wrong people. Trust can drive success, or it can attempt to destroy you at the same time if you give that trust to the wrong people. That’s the hardest part of being an entrepreneur. You go into it thinking everyone is there to help you, everyone is there to support your dream and vision, but the harsh reality is they aren’t. Finding the right team of people to surround yourself with is crucial to the success of any business.

Technology has taken away kids desire to get into trades and everyone wants to work in an office or work from home. Nobody wants to plow your driveway or build your house. The business idea is to go back to the basics—hiring and teaching trades.

I paid $100 to have my kids tutored for their ACT. I’m investing in their lives.

I use all the basic software like Microsoft Office and Explorer. These basic programs make life so much easier.

To Kill A Mockingbird by Harper Lee because it’s about a lawyer who represents the wrongfully accused, people who are unable to defend themselves.